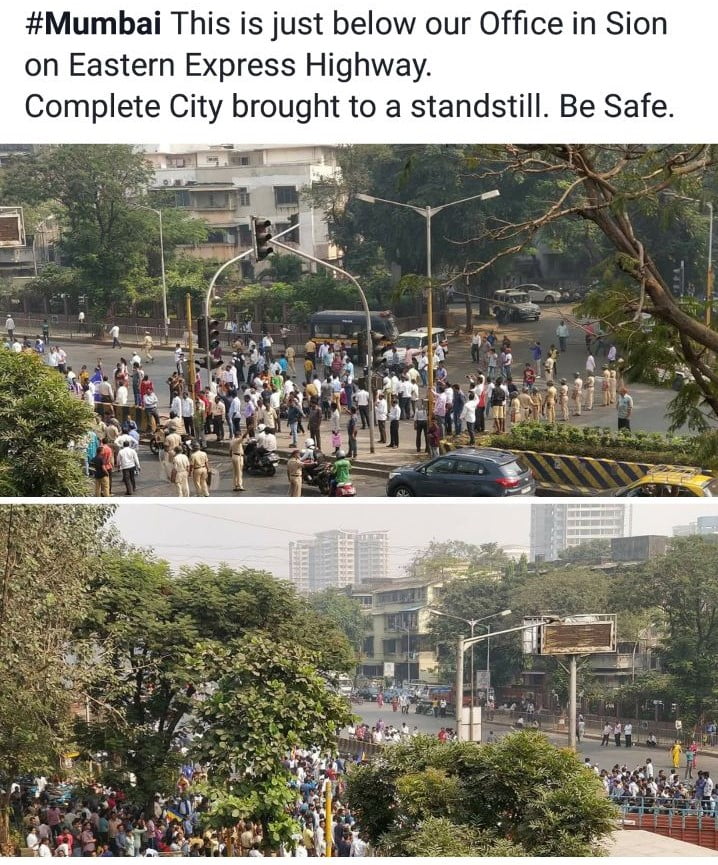 I was sitting in my class yesterday when I heard someone talking about being late because
local trains were stalled and the routes were disturbed.

I had no idea what had happened. Only after I came home and got time to read the news
did I realise that it was something major.

I live in South Mumbai, Marine Lines area which is why I was largely unaffected and
unaware of the violence that had broken out.

There were messages on my class group about the possibility of Maharashtra bandh the
next day.

SO WHAT IS THE PROTEST REALLY ABOUT?

The Dalit community wished to celebrate the Bhima-Koregaon battle of January 1, 1818, that was fought between the British East Indian Company and Peshwa Baji Rao II.

Now how did this become Dalit victory?

Because the EIC had soldiers who were Dalits while Peshwa was a Brahmin.
It is the 200th anniversary of this very battle that the Dalit community wished to celebrate.

It is undeniable that casteism is still prevalent in India and in the minds of people. It also plays a role as a strong vote bank in contemporary Indian politics.

However, the argument that this battle is a battle of the victory of one caste over another is flawed.

Peshwa’s side was fighting the British, and the Mahars (Dalit soldiers) were following British
commands. It is although difficult to understand that how this was a battle about caste or a victory for one over another.

Commemorating this battle gives the oppressed community a sense of pride.
While the upper caste Marathi brigade takes this commemoration as an offence against their Marathi hero, Peshwa Baji Rao II.

This spurred the Upper caste Marathi population to protest against this commemoration. Section 144 being imposed in areas around Thane.

Some schools and colleges were shut.

All of this, over a battle that was fought 200 years ago. I do not believe this victory would have been celebrated for the first time in 200 years. So why such disruptive protests now?

Why was the administration not prepared? Why was a historic battle allowed to become a reason for utter chaos and disruption in the normal life of Mumbaikars?

The present is gradually going to the dogs and we are digging history to fight over moments of pride that might have made sense back then, but not now.

They merely create distraction and disruption.