Home Lifestyle Who Is 2020’s Craziest, Most Sensational Artist In The World? 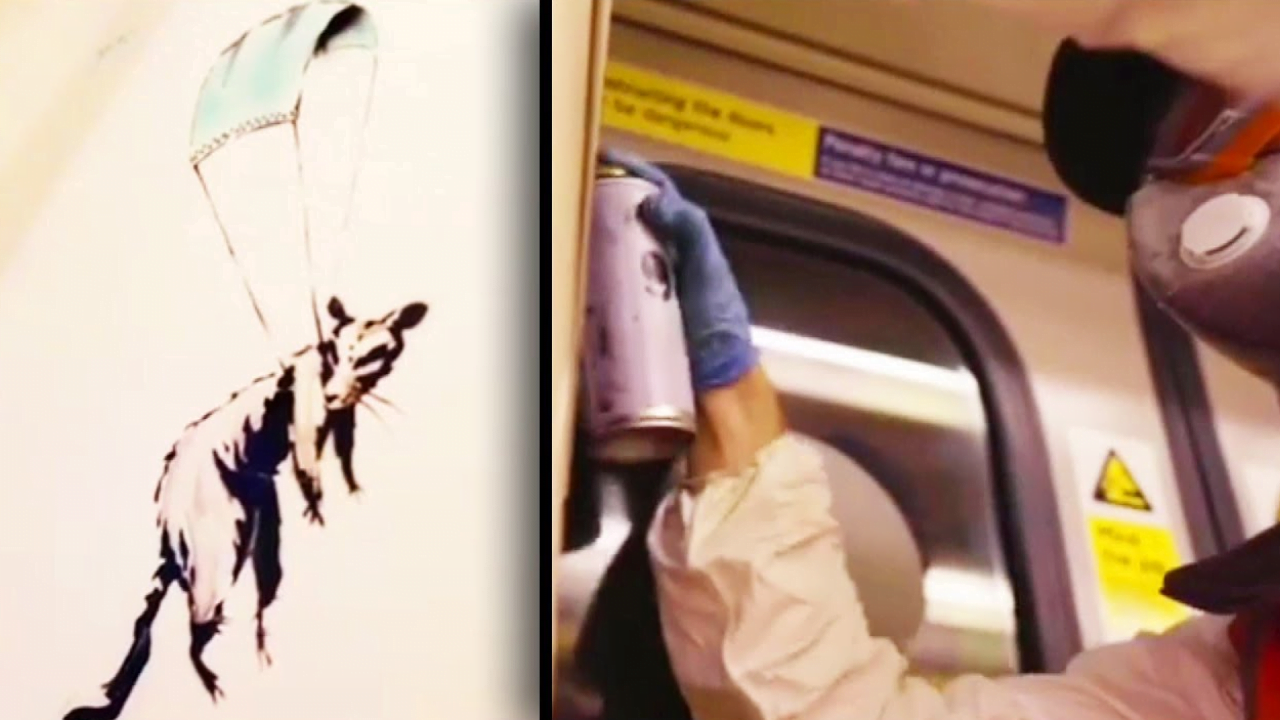 The much amusing contemporary movement of street art developed gradually towards the end of the twentieth century.

Initially, it was just used as a tool of protest, majorly forming a part of vandalism. Eventually, graffiti art in the streets became a voice for the oppressed, a message for the public.

Being an independent form of art with no normative influence as such, there is a sense of raw expression that haunts these masterpieces.

These pieces portray political and social commentaries and have a wide range that could stretch from painting a simple solitary word to a complete scenery.

Among the famous street artists of recent times, Banksy is quite renowned. He is an England-based artist, a political activist and a filmmaker, who has successfully maintained his anonymity through the years despite the heightened disputes around his identity.

Recently, Banksy posted a recording of his latest stunt on the London underground tube – “If you don’t mask, you don’t get”! However, by the time he posted it on his Instagram, the cleaners of the tube had already removed it.

Banksy And His Work Over The Years

The Bristol underground scene seemed to have had quite an influence on the artist when he began working with the DryBreadZ crew.

Eventually, he broke out of the group and started working independently. Gradually, he adopted the art of stencilling and started using it in substantial amounts.

His pieces are usually a combination of words and figures made from stencils. Being a political activist, most of his works are a satire on the current political scenario or a commentary on the present society. His pieces grapple with a distinct sense of dark humour.

His recent work in the London tube was in light of the current pandemic. He went undercover as a cleaner to pull off the stunt. The piece essentially comprised of rats wearing masks, conveying the importance of the same.

Also Read: How To Save Your Card Details And Passwords From Getting Stolen Online?

A constant state of tension and conflict between the law and street artists has existed ever since the time of the very origin of graffiti. People have often revealed a feeling of discomfort with the medium and form of expression that the street artists use.

Until the video popped up on social media, the authorities weren’t very sure whose work it was. After the video was posted online, a spokesperson from Travel for London (TLF) said that they were in support of the message he tried to convey and that they would offer him a suitable location to recreate it.

BBC, however, had different views on the same and commented on it saying – “You get the feeling Banksy, who has previously destroyed his art on purpose, knew exactly what would happen to his work by putting it inside a carriage. This was perhaps all part of the plan.”

There is still a great deal of discussion around Banksy’s true identity. While most refer to him as a single person, some theories state that it is a group of seven artists that make up Banksy.

Some even jokingly say that Banksy is supermodel Tyra Banks, as her name can be jumbled to spell Banksy Art. Either way, the artist sure has made a mark for himself and stands out to be quite a sensation even in 2020!