Which College Teacher is Allowed To Behave Like His Student’s Pagal Deewana In India?

Finally, Shahid Kapoor and Kiara Advani starrer Kabir Singh hit the theatres today. And while everyone else -men, women, Bollywood are going gaga over the film and the lead Shahid’s mind-blowing acting, I stand in a corner with the reaction – “Excuse me! Y’all gotta be kidding me for loving (liking is a tiny word here) the movie!”

So, if you share the same reaction as me, or have the spirit to gulp down chunks of objections that I have with the movie, this article’s for you.

For those of you who haven’t watched the film yet and are somewhat clueless what it is all about, here’s a quick (spoiler-less) gist-

Kabir Singh is the remake of the very popular 2017 Telugu film Arjun Reddy and both the films have been directed by Sandeep Vanga. We thoroughly sympathise with Mr Vanga’s restlessness to direct the remake himself, so as to ensure that each and every scene, dialogue, and mind you, even the clothes of the characters remain same.

A serious aberration in the movie is the unrealistic portrayal of the student-teacher relationship. The violent boyfriend-cum-protector Kabir takes on the role of Preeti’s teacher. Seems like a perfect all-rounder hero!

Kabir conveniently takes her hand and leads her out of class each day to conduct her lessons. Apparently, Preeti doesn’t much mind being taught her lessons by her over-confident controlling lover. I hardly see a senior so proficient in taking individual lectures and fawning so haplessly over his student. Hats off to the dream-world.

The movie could also very well qualify as Devdas 2, with a mind-boggling upsurge in his skills and measures to cope up with a “no” from the girl’s parents. Now he just ain’t an excessive all-time-high drunkard, but also a talented smoker, can abuse at the rate of 60 per minute, chase away his house-maid with just a fiery stare and create rampant destruction everywhere, yet retaining his good-boy image in everyone’s eyes.

Also Read:- Breakfast Babble: I Am Tired Of People Using Their Zodiac Sign To Justify Their Behaviour

Made me seriously wonder if all other people in the film, including the ‘beloved’ Preeti (I am not sure if she actually was a lover or just the object of his “love”), were playing an improvised version of our childhood games aankh-mei-choli, all being unable to see the towering potential dangers of being with this fellow and languishing all the love and care on him.

Talking About The Heroine, Wait Was There Actually One?

I precisely remember a frail humanoid with soft eyes and softer shades of suits moving around, rather behind Kabir, much like the chaabion ka challa tugged with the saree of obnoxious sasu-maas in Hindi serials. The woman is baptized early on by none-other-than her obsessive lover, as “Kabir Singh ki bandi”. Her identity remains frozen throughout as his girl and we know her like nothing and no-one else other than being his girl.

Coming to the educational status of them both, don’t be shocked to know they both are medical students and almost doctors. There is a rather fascinating scene where Kabir performs a surgery while he is absolutely drunk. Which doctor actually drunk-operates patients? None, I suppose. Another imagined disapproving glance at the movie and its makers.

Also, while Arijit Singh’s honey-coated voice and super-romanticized tracks attempt their best to level down the insanity of the apparently psychotic and controlling lovers’ tale, they aren’t much avail.

Now I sit wondering how many of crores this terribly cooked up love story with nevertheless impeccable kissing scenes fetch at the box-office.

Facebook
Twitter
Pinterest
WhatsApp
Previous articleMadras HC Allows Inter Caste Marriage As It Feels It Will Root Out Caste System In India
Next articleIs There A Strategy Behind Modi Tweeting For Shikhar Dhawan’s Recovery And Not Bihar Deaths? 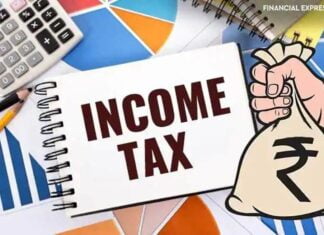 Tina Garg - December 6, 2021
In every social gathering whenever the discussion on India's development or finance starts, the one topic that's bound to come up is Indians evading...