ICC Cricket World Cup 2019 officially began on May 30 but if you’re an Indian, odds are that it didn’t begin for you until today because India played their first match against South Africa at Hampshire Bowl, Southampton.

Team India’s fans, or religious followers dare I say, have been waiting to see the men in blue in action with bated breath and the wait is finally over.

Apparently, India would have played their first match earlier if it wasn’t for BCCI flexing its muscles and getting the date pushed, so that the players get time to rest after playing IPL and also, acclimatize to the English conditions.

Nobody dare mess with the world’s richest cricket body, right?

The Proteas Are Desperate

With Dale Steyn being ruled out for the rest of the tournament, Virat Kohli’s men will face a battered opposition who has lost its first two matches. While this may make you think victory will come easy for India, I’d advise caution at this point. 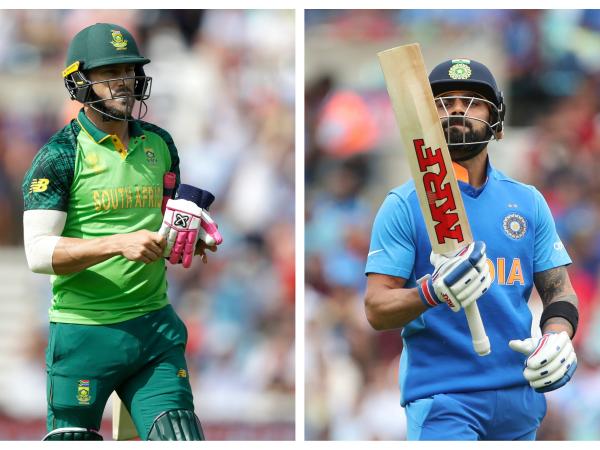 If South Africa loses this match, their hopes to make the semifinal would be dashed to a significant extent and hence, they are hungry for a win. To my mind, nothing can drive you better sometimes than desperation.

Needless to say, Indian fans will root for their team and out of not just patriotism, but also good reason. India has a 5-0 record against the Proteas at ICC events since 2012.

But how prepared is the Indian team after a prolonged gap?

Indian skipper Virat Kohli revealed a few important things during his press conference ahead of the first match.

He feels that the team is equipped to handle all kinds of conditions. A delayed start in the World Cup has given them the advantage to observe other teams, and analyze the conditions well.

According to Virat, wickets taken by wrist-spinners in the middle overs has been the key to the team’s success in the last couple of years. This is a lesson they learnt after losing the final match of Champions Trophy 2017. 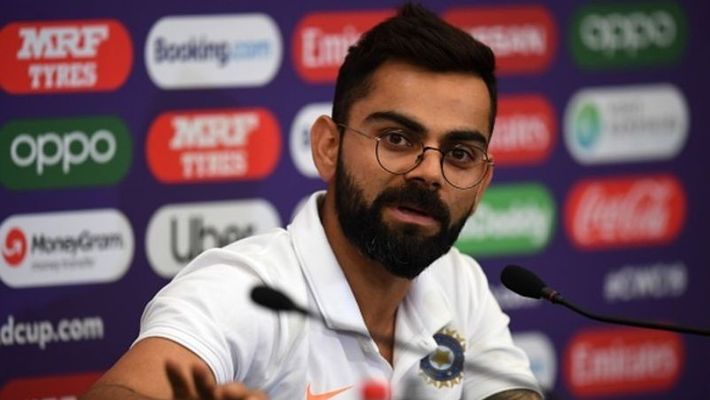 With a suitable and supportive pitch and two new balls, an extra seamer could be used. If there’s cloud cover, the first 10 overs would be challenging, even on a batting-friendly pitch.

While he acknowledged that Rabada is a world-class bowler who can upset any batting order on his day, Kohli was confident that his men will back their belief and play well against him.

Is Kuldeep Yadav’s IPL Performance A Cause For Concern?

Virat said that IPL has no connection to the World Cup. A few T20 games will not shake Kuldeep Yadav’s confidence. He bowled well in the second warm-up game and in the nets. So, he will add to the strength of the team.

Any score is defendable with their bowling attack. That is the kind of belief his men have.

Flexibility is important in the bowling line-up and batting should be consistent. Everyone is ready to accept the role he will be given on match day.

As an Indian fan, obviously I hope team India play like the formidable side  they are and win clinically. However, I do hope both teams play competitive cricket to the best of their abilities and World Cup becomes all the more exciting.