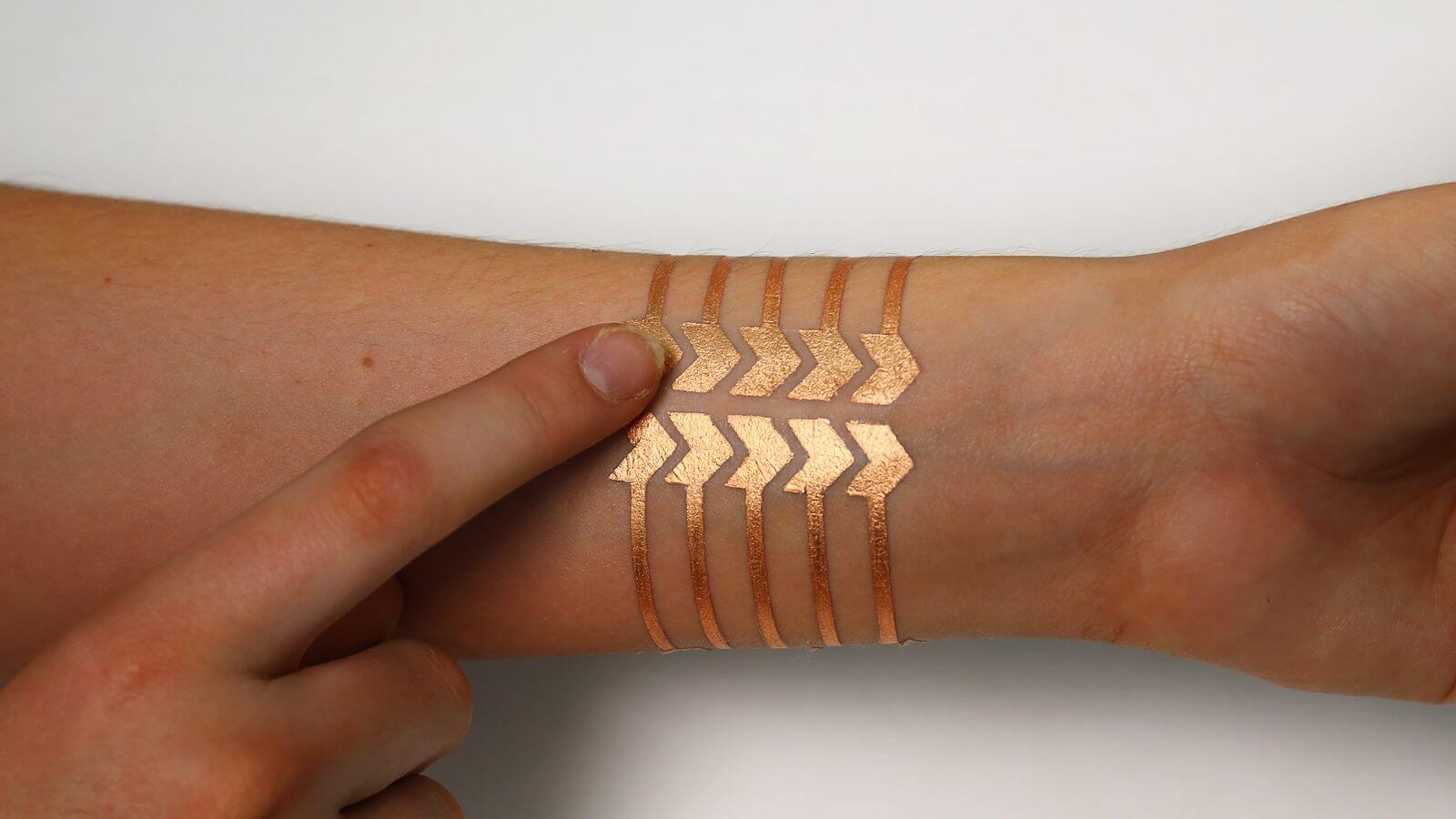 Imagine if you could touch a tattoo on your skin and be able to do these and various other things.

Sounds like something right out of a sci-fi movie right? But actually, it could be a tech invention that could end up becoming a reality in the next few years, with something like a ‘smart tattoo’. 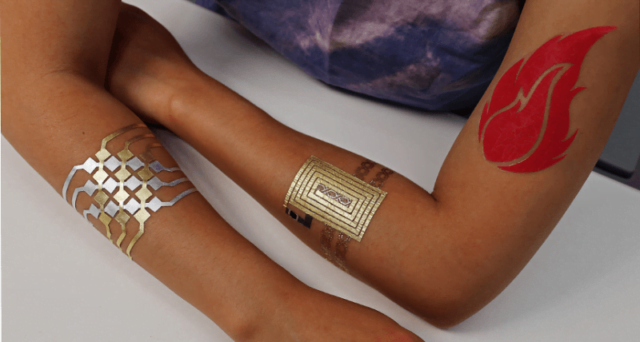 What Is A Smart Tattoo?

Smart tattoos are technically called epidermal electronic systems and can be anything from personalized circuits, to microprocessors or adhesives, and conductors that a person can, for lack of a better word, glue onto their skin.

These tattoos can then be used to control devices via touch and allow users to interact with electronic gadgets in a more convenient manner.

According to research, these tattoos can also be used to keep a check on one’s health, like check one’s blood sugar rise or even help one’s body with temperature drops or increases.

Research on this was already started by research groups of MIT and Harvard in 2016 and 2017.

Microsoft and MIT even started work on developing a wearable technology called ‘DuoSkin’.

This consisted of a gold leaf platform on which a circuitry designed using graphic design software is attached using adhesive.

These temporary tattoos are transferred onto the skin using the water transfer method, because of which they can even be relocated on other areas if needed.

These tattoos work somewhat like a touchpad through which one can control smart devices.

This video further explains what these smart tattoos are all about:

What Is Google Doing In This?

In 2020, Google also jumped on the bandwagon of ‘smart tattoos’ and started to develop their own version of it.

Apparently, their idea is to create smart tattoos that once applied to the skin will allow a human being to use their body as a living touchpad.

This will reportedly be done through embedded sensors and this project called “SkinMarks” will allegedly use rub-on tattoos.

A part of Google Research, researchers from Germany’s Saarland University have been given funding by Google to work on this project.

A CNET report said that this is an attempt by Google to take the current generation of wearable technology devices to the next level. 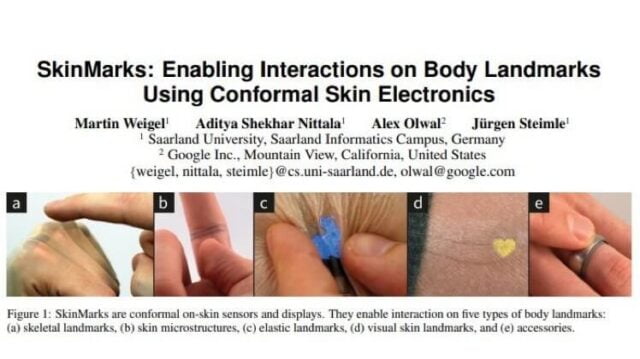 According to reports, how this will work is that first, a sensor-driven tattoo will be applied to a part of one’s body.

Then, using gestures like swipe or touch, similar to how we operate smartphones, one can trigger the sensors.

A white paper, a sort of report or guide on a complicated topic, written by Saarland University said that “You could squeeze the area around the tattoo or bend your fingers or limbs to activate the sensors.”

They also explained what this technology is, stating that, “…SkinMarks, an enabling technology for interaction on body landmarks. SkinMarks are highly conformal interactive tattoos, which enable precisely localised input and output on five types of body landmarks.”

These tattoos will be created by using conductive ink that is screen printed onto tattoo paper. It will work as a common sticker tattoo, where a person will stick this tattoo paper on their skin and remove it once the design is transferred on the skin.

Although this technology is still said to be quite a few years away from being perfected, considering the many areas that it is still giving problems in, a smart tattoo is certainly an interesting tech invention to look forward to.