Home Automobiles Was Cyrus Mistry’s Accident A Human Error Or A Natural Mishap? 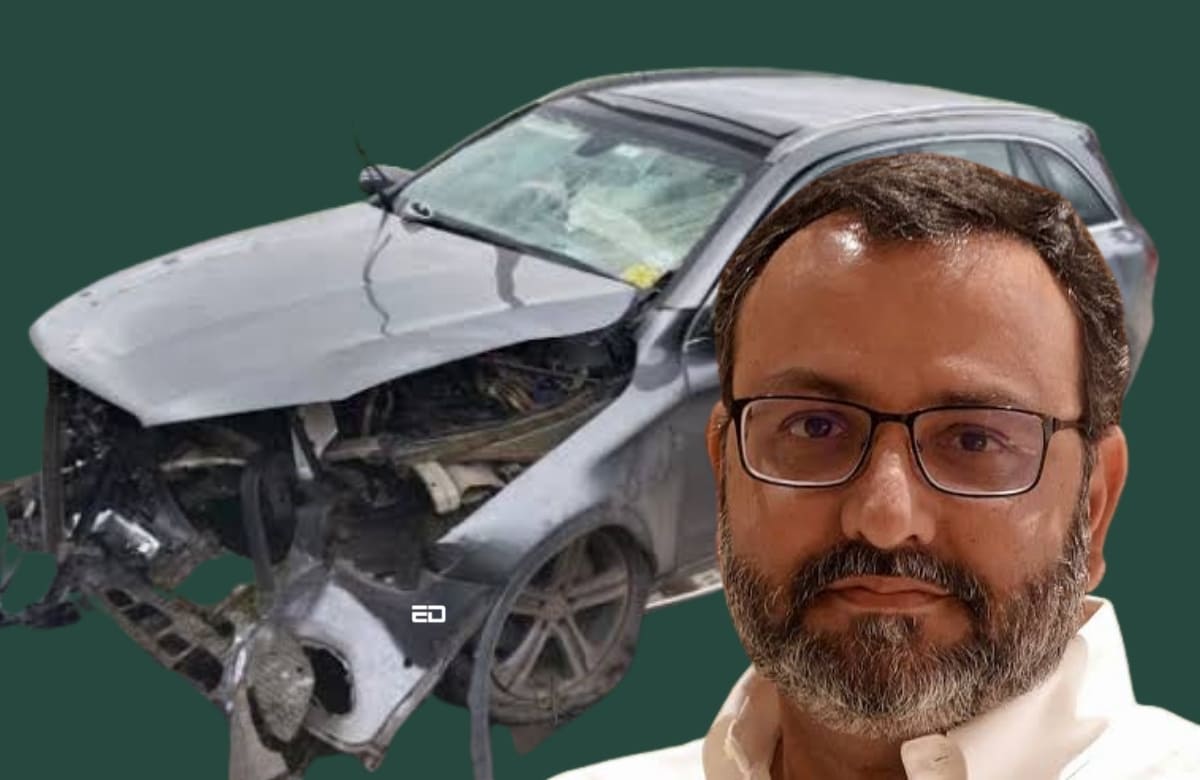 The accident took place when he was returning from Udwada, Gujarat to Mumbai. Along with him, others who were in the car were his brothers, Darius and Jehangir Pandole, and Anahita Pandole, Darius Pandole’s wife.

However, now the question arises whether the accident happened due to human error or was it a natural mishap.

According to the preliminary reports, the passengers didn’t wear seatbelts and the car was also at a high speed. As per the police officials, what led to the accident was the driver’s error of judgment.

The car covered a distance of 20 km in just 9 minutes after they crossed the Charoti check post in Palghar district which is 120 km away from Mumbai. The police said, “The car had crossed the check post around 2.21 pm and the accident occurred 20 km ahead (in the direction of Mumbai).”

A witness told the police officers that a woman (Darius’s wife) was driving the car and tried to overtake a vehicle, however, due to the driver’s misjudgement  led to the car crashing into the road divider.

Palghar district superintendent of police, Balasaheb Patil said, “The accident occurred on the bridge over the Surya River, killing Mistry and another person on the spot while two others have been shifted to Gujarat for further treatment.”

The demise of the business tycoon also points to the poorly constructed roads in India and the Mumbai-Ahmedabad Road where Cyrus’s and others’ accidents took place is considered to be an accident black spot.

All India Vahan Chalak Malak Mahasangha said that the accident happened due to the faulty construction of the road.

“The width of the southbound lane on Charoti flyover is 10.50 metres, has been narrowed down to seven-metre on the bridge which is built over Surya River. What kind of road engineering is this? The lane is also serpentine and the person behind the wheel cannot see the L-shaped death trap which gynecologist (Dr Anahita Pandole) dashed into.”

Also Read: Back In Time: 25 Years Ago Yesterday, Princess Diana Got Killed In An Accident

He further mentioned that a new driver often misjudges the black spot of this fatal road and hence, the highway turns out to be a death trap as the highway authorities haven’t also put any warning signs either.

Bob Rupani, an auto journalist also told a similar thing to India Today. “The approach to the bridges on this highway needs huge improvement. This highway that goes through Palghar is also used by lots of heavy trucks moving goods between Delhi and Mumbai and the truckers insist on occupying the right lane and force you to overtake dangerously from the left,” he said.

A report by Free Press Journal mentions that in the past two years, a total of hundred people have died and approximately fifty people have sustained injuries on the Mumbai-Ahmedabad Highway. The report mentioned that the 52 km long road has numerous accident spots, including the bridge over the Surya River, where Cyrus Mistry’s accident took place.

Is Wearing A Seatbelt Not Mandatory?

The fatal accident also points toward people’s ignorance about wearing a seatbelt. Despite the law that one must mandatorily wear a seatbelt while driving, a survey conducted by LocalCircles throws light on the stats which reveal that 70% of people from 10,000 respondents don’t wear seatbelts in India.

Another survey conducted by SaveLIFE Foundation across eleven cities illustrates that only 7% of people wear seatbelts and 27.7% of people weren’t aware of the importance of wearing a seatbelt. It is because they feel that using seatbelts is mandatory and are less aware that wearing a rear seatbelt is also imperative.

With an aim to curb road accidents, Nitin Gadkari, Union Minister for Road, Transport and Highways, has stated that rear seat occupants who do not wear a seat belt will face penalties. In this regard, a notification will be issued within the next three days.

He further said, “In the next three days we will notify you that if one doesn’t wear a seat belt sitting on the rear seat in a car, then he or she will be penalized. Because of Cyrus Mistry Accident, I have decided that in the rear seat there will be an alarm for the seatbelt like it is for the driver seat. There will be a penalty for not wearing a seatbelt in rear seats in cars.”

QuoraED: Road Accident Victims Share Horror Of Having Bystanders Look And Record Videos, But Not Help