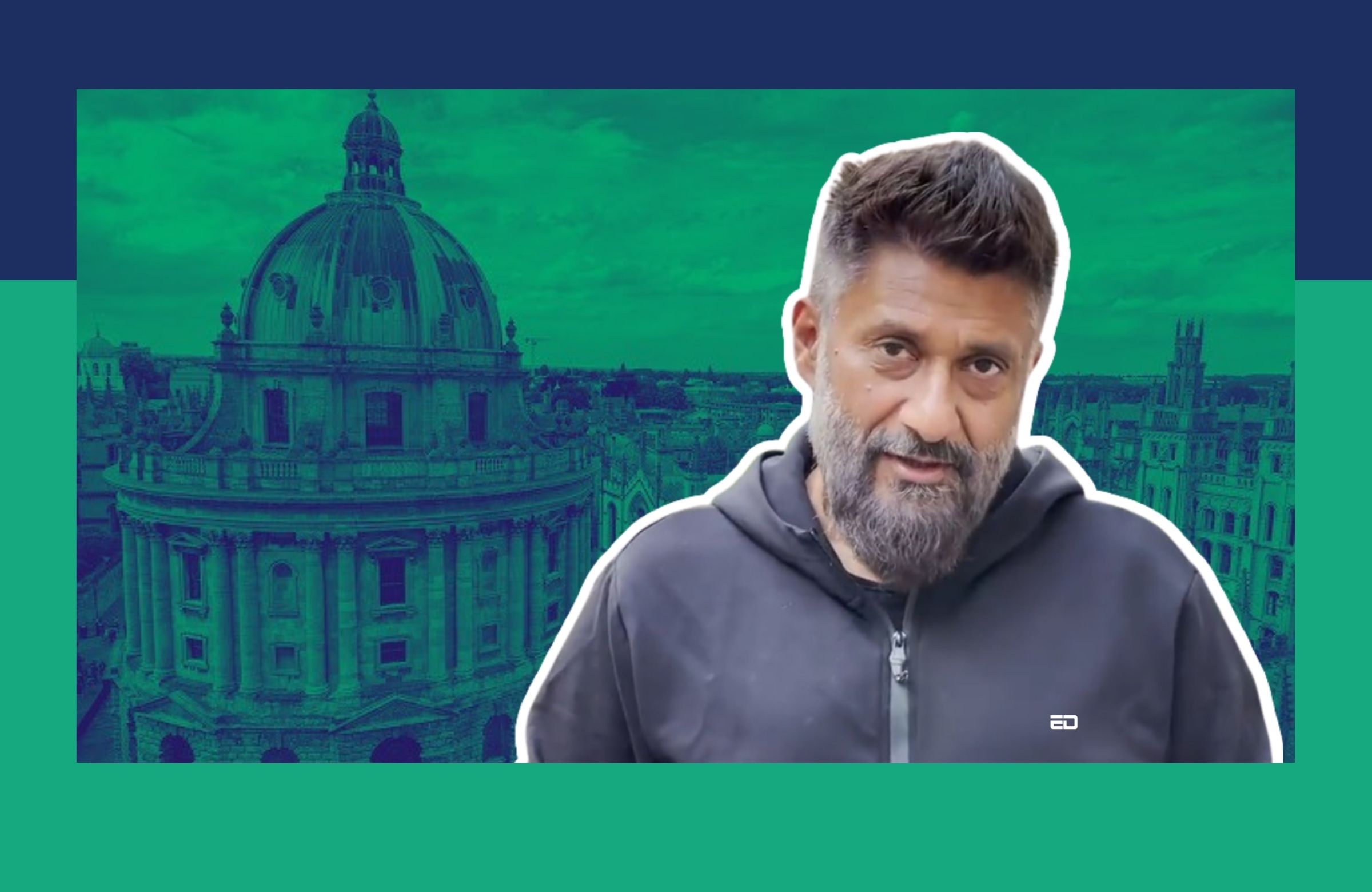 Vivek Agnihotri is in the news again. But it’s been 3 months since the release of his latest creation ‘The Kashmir Files’. Surely the media firestorm that followed must have died down by now.

Well yes but no. This time around, Mr. Agnihotri is in the news because he’s chosen to litigate against the Oxford Union Society – the world’s foremost debating society. What nudged him to act this way?

Mr. Agnihotri had been in Europe recently to speak at various events with the agenda – “India after The Kashmir Files”. Most recently, he helmed one such talk at the Fitzwilliam College in Cambridge as well as the Nehru Centre in London. He also had a talk slotted at the Oxford Union on Tuesday night.

For reasons unknown, the Union decided to back out of a long held commitment with Mr. Agnihotri citing “double-booking” and postponed his event to July 1. According to Mr. Agnihotri, this was a deliberate conspiracy against the dissemination of the ideas he wanted to deliver as the rescheduled date is one when there will be a significant lack of students to witness his talk. He further said that this was an attempt to ‘cancel’ him and further a one-sided narrative about Kashmir in an effort to downplay and suppress the plight of the Kashmiri Pandits from the troubled Valley.

He’s gone on Twitter posting a video of himself terming this act as ‘hinduphobic’ and requested his followers to share his message and support him in his rebellion.

According to his video statement, earlier this week, during his visit to Cambridge University, he was disallowed to record any footage of the event on the grounds of protests from some Pakistani and Kashmiri Muslim students against it.

Reviews Brand Voice - July 2, 2022
India observes National Doctors Day on July 1st of each year. On this day, we make a particular effort to express our gratitude to...