Home Politics UK Parliament Speaks Up Against The Indian Govt’s Handling Of The Farmers’... 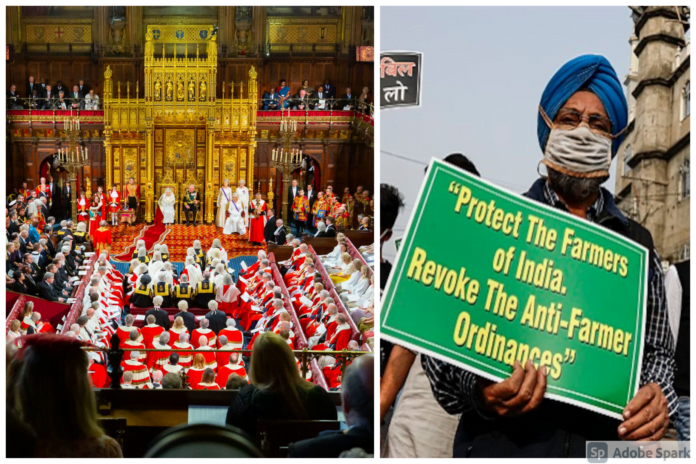 The squalor of India’s farmers taking to the streets has become the talk of the town since the very moment the farm laws saw the light of day. From the farthest corners of Punjab to the hinterland of Uttar Pradesh, all one could hear was the seething protests of the farmers as their suspicions concerning the three farm bills rose with each passing day.

Yet, the government was unmoved and thus, the farmers left their states and moved on for Delhi. Hundred days have passed since the farmers started protesting at the Singhu Border and they remain, determined and hopeful of the government to finally hear their calls.

The government’s indifference to the plight of the farmers and their seeming attempt at curbing their protests had been condemned by both domestic nationals as well as international netizens all over.

The Narendra Modi-led Central Government had been accused of being deaf and dumb to their suffering and its attempt(s) to reduce the farmers to basic statistics.

Finally, NaMo’s government is being held accountable for its atrocities committed, by the international hemisphere. However, as Greta Thunberg, Rihanna, Mia Khalifa and Amanda Cerny held the authorities accountable, they were shrugged off as ‘outside interference’. Remember the BLM Movement?

Yes, our celebrities were the first ones to lend their support. Unfortunately, their “wokeness” is limited to the international. And now, it is the UK Parliament that has brought into question the Indian Govt.’s apathy towards the farmers.

The UK Parliament’s session began with the fast track passing of a petition concerning India’s treatment of its farmers during their ongoing protests.

The petition spoke about the discussion of blocking all internet access around New Delhi, the police brutality suffered by farmers at the borders and the excessive use of force by the authorities to undermine the protests.

The discussion, in effect, brought to light that a staggering number of 17 MPs out of 18 condemned India’s government for their lack of empathy towards farmers, arresting of activists, internet shutdowns and the alleged crackdown on the press.

The Parliamentary debate consisted of members belonging to the Labour, Conservative, Liberal parties alongside other such parties. The majority of the parliamentarians stated that they were representing the concerned Indian constituency in the UK, especially the Punjabi community.

They further put forward the plea to the Prime Minister of the United Kingdom, Boris Johnson, to put forward their grievances in front of the Indian government and discuss the solution to it.

Nadia Whittome, an MP for the Labour Party, in a rather bold statement, stated, “I am proud to speak in solidarity with the millions resisting Modi’s regime. It is not protesting farmers, Rihanna or Greta Thunberg who are dividing India; it is the BJP.”

Nadia is of half-Punjabi, and half Anglo-Indian descent. While Labour MP Tahir Ali, of PoK origin, called for sanctions to be imposed against India.

Amongst the many naysayers, the BJP government found a friendly voice in Conservative MP, Theresa Villiers, who stated, “Reform of farm subsidy and support has been under active discussion in India for 20 years, and international bodies such as the IMF (International Monetary Fund) have welcomed PM Modi’s attempt to take action.”

Reaction Of The Indian Government To This Development

The Indian Government issued a demarche on Tuesday to Britain and called for the British High Commissioner to convey its strong opposition to the “unwarranted and tendentious discussion” that took place in the Parliament.

Also Read: After 100 Days Of The Farmers Protests, The Government Still Stays Numb

The Foreign Secretary of State to Britain, Harsh Vardhan Shringla, stated in a statement that the attempt made by the British Parliament to raise the topic of the farmers’ protests was nothing but an attempt by the MPs to play “vote bank politics” with the entire event being allegedly fabricated to suit their narrative.

Furthermore, Shringla, representing the Indian High Commission, stated in an official statement, “High Commission of India has been, over a period of time, taking care to inform all concerned about the issues raised in the petition.  We deeply regret that rather than a balanced debate, false assertions – without substantiation or facts – were made, casting aspersions on the largest functioning democracy in the world and its institutions.”

The statement further stated that much of the alleged human rights violations argued upon in the Parliament were made to mislead the British Indian community for votes.

At the very end of this entire rapport between the Indian government and the UK government, what stands as one of the major takeaways is the UK Parliament’s urgency to discuss a third country’s domestic tribulations.

The other takeaway is the Indian govt.’s obliviousness to the fact that what they are doing in the country is the textbook definition of human rights violation. Someone really needs to tell the folks at the Central Government that people watch the news and not everyone watches Republic TV.

This article is not one about the farmers but rather a plea to the UK Parliament to sort their priorities and fast track the petition concerning child food poverty with 1.1 million signatures. India would still be here.

Is India Ready For Jokes On Politics? 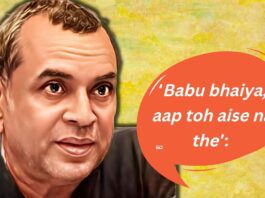 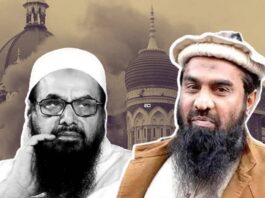 Back In Time: How Civilians Were Gunned Down At Mumbai’s Taj... 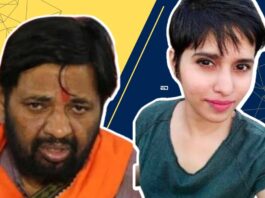