This Mother’s Day, Meet The Mothers Of New York Through Some Amazing Posters

With due respect to all the amazing mothers out there, ED has handpicked few of the mothers featured in Humans Of New York, who have time and again proven that motherhood is the most beautiful thing ever.

They have done parenting right and given all of us girls, ‘being mother’ goals.

A very Happy Mother’s Day to all our beautiful ladies out there.

We can never repay you for being who you have been. :) “On her sixth birthday, two of her friends came over and brought her presents. One of the presents was big, and the other was small. The friend who’d brought the big present was laughing at the smaller present. It was so hard for me to not intervene. I was so used to telling my daughter how to act and what to say. But I decided that this time I’d sit back and see how she responded. “I like both my presents the same,” she said. And I remember feeling so proud, because I knew that what I’d been teaching her was working.” “I’d always wanted children, but I just never met the guy. So I decided to go to a sperm bank. I started trying when I was 42, and I had her when I was 45. People always ask me if it’s hard being a single mother. I say: ‘Yes. But not as hard as it would be if I didn’t have her.’ ” “What’s your favorite thing about your mother?”
“She loves life more than anyone I’ve ever known. I hope she doesn’t mind me telling you this, but recently she’s had some health problems. And her health got so bad at one point, she called me and said: ‘I was starting to wonder if there was any reason to go on. But then I had the most delicious pear!'” “I tried to warn her about her last boyfriend, but she didn’t want to listen. Once I overheard him telling her that she needed to respect him. I knew that was bad news. Then he left his home because he got in an argument with his family. I told her: ‘If he’ll do that to his family, he’ll do it to you too.’ But she didn’t listen. She stopped talking to me for a long time. Then sure enough, he took off and left her. She came back and thanked me. Go on, tell them. Mother was right.” “I found myself in my forties and I’d never had children. And one night I was watching a show on television, and it was talking about how many older children are in foster care, and I decided it was something I should do. I work now as a counselor who advises families considering older adoptions. So many foster children get returned to the system when they hit their teenage years because the parents have unrealistic expectations. People expect foster children to be grateful and well behaved and respectful. But many of these children have been traumatized, abandoned, and hurt. They are going to push your buttons just like any other teenager, and they are going to force you to deal with your own issues. It requires a lot of patience to give them the time, support, and space to process their life.” “Since he was very young, I’ve tried to show him that we can’t always afford the things that we want. When my wallet is full, I show him. When my wallet is empty, I show him. Things have been especially hard lately because my husband has missed a few paychecks. We couldn’t get new supplies for school this year. But he told me: ‘Don’t worry Mom, we’ll get them when the wallet is full.’ And then the other day he saw that I was upset because we couldn’t get all the groceries we needed. So he went into his room and brought me his own savings.”

All these stories have been borrowed from Humans of New York. All due credits to them. You guys are doing a commendable job!

Facebook
Twitter
Pinterest
WhatsApp
Previous articleApple Stock Hits A Near Two-Year Low: Troubles In The iPhone Paradise?
Next articleALS Is Much More Beyond The Ice-Bucket Challenge: Let’s Spread Awareness About This Fatal Disease This June #ALS Awareness Month 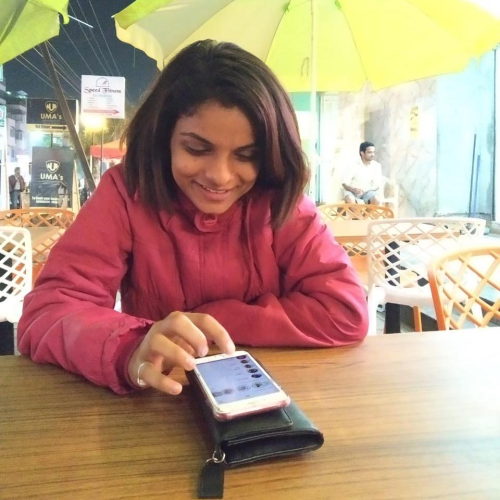