Unfortunately, Manchester United who were the overwhelming favouritse to progress to the quarter-finals have lost to Sevilla at Old Trafford, by a scoreline of 1-2.

All pundits and fans were of the view that United should have progressed easily but some shoddy team selection and abject defensive approach killed it for United. Ben Yedder’s two goals for the Spanish team were enough to put aside any hopes of a United comeback.

Without much ado, let us analyze the match and understand the reason for United’s defeat and Sevilla’s historic win-

1. Sevilla wasn’t great by any means but United’s approach was poor

Until Yedder had come on as a substitute, Sevilla was bent on shooting from outside the box unnecessarily and De Gea was more than comfortable. It is out here where United missed a great chance to impose themselves on the opposition team and score. They didn’t create any solid chance and were intent on not conceding at all.

It is to be remembered that Sevilla had an advantage in the second leg as they were the away side and on scoring just one goal, United would had to score 2 goals to win because of the away goal rule. Thus, the reason for United to play defensively surprises and angers me.

It has been pretty clear that Sanchez hasn’t been good at all let alone being great since the time he has donned the United jersey. He isn’t aware of his position, roams around from left to the right wing and has lost possession multiple times in the last few matches.

Starting him over Mata, who has been terrific and is more suitable to United’s style, lacks sound logic. At the same time, I do understand why Mourinho started Matic and Fellaini together to impose a physical presence but starting the Belgium player who has been injured for the past few months with a knee problem in the biggest match of the season is definitely wrong.

Ben Yedder’s first goal was of the highest quality. The finishing was absolutely neat and clean and left De Gea bamboozled. The second goal was a bit lucky but a good header nonetheless. He has been stellar for Sevilla this season and holding him back for the last part of the game has proved to be a trump card for the under pressure Sevilla manager. Even in the match against Spurs, Lingard played in the midfield with Pogba and Matic and was torn to shreds. Out here, he played in the middle of the park with Matic and Fellaini and wasn’t effective at all. He is a good player when he plays at the conventional No. 10 position but whenever he drops into the midfield, his performance dips.

As I mentioned above, with Sanchez in the team, neither Rashford or Martial get to play on their preferred wing position which weakens the team considerably. There’s not an iota of doubt that Sanchez is one of the best attacking players in the world but with him in the side, our performance and formations go haywire. I would like to make it succinctly clear that this defeat doesn’t mean the end of the world for us. Mourinho was and remains the best man to lead this team. His defensive tactics might be questioned but he knows how to win silverware and he will deliver ultimately. 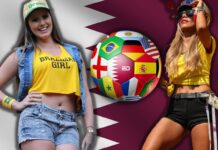 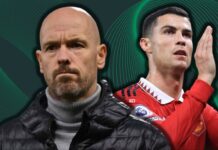 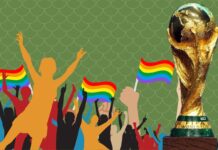 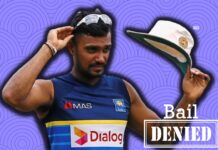