Two-thirds of the world’s largest democracy, our beloved nation, lives below the poverty line. If you live in any city in India, it is impossible not to see people sleeping on the sides of the roads or children begging at the traffic signals.

Creativity blooms as kids, and if these young minds are not allowed to expand their horizons early in their lives, it inclines them towards a lifelong struggle.

If there is anything I could pick out from my conversation with the founder of Project Kancha, Vidushi Chhabra, is that her team wants these kids to lead a creative life.

Winter 2018 is when three LSR girls decided to make this world a better place by sharing their mutual love for theatre with an audience larger than a few college students, and hence, Kancha was started.

Kancha is a common Hindi word for small round marbles that almost everyone who reads this article has played with as kids.

The reason behind choosing this name for the project was the fact that a child is always fascinated by the tiny marble. The different colours, sizes, how the world looks like when you peep through them with one eye closed – just this much can make them happy.

A Bigger Team Coming Together

When they started training a few kids from a slum in Chanakyapuri, Delhi, they interacted and collaborated with a lot of other people who had the same vision. These people, or trainers as they are called at Kancha, help the vision at large to be implemented. 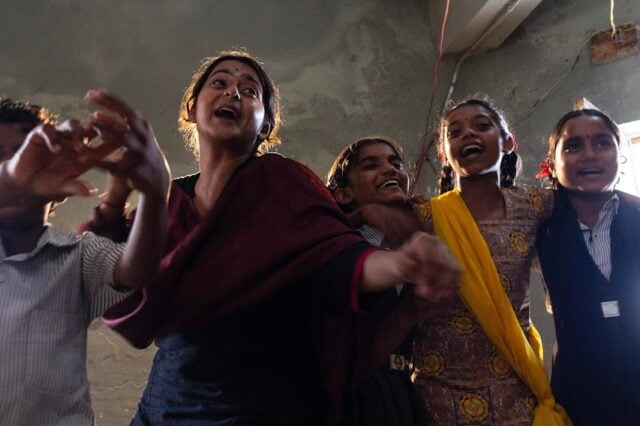 Also Read: 5 Ways How ‘Tamasha’ Inspired Us To Follow Our Dreams

Here’s the amazing part: Kancha team and about 15 slum kids went from performing on the streets to raising enough money to book Akshara theatre for an original play called “Sorry Shaktiman”!

Since then, this team has organized more than 45 workshops, with over 15 trainers, and have delivered around 200 hours of creative mentorship training. I think it is better to call that 200 hours of being what humans are actually supposed to be.

The most important collaboration probably came with Akanksha Sharma, a Gandhi Fellow, with whom they started a project on Theatre for Social Change at Motipura, Sanand. After this, it became more than just theatre and art for underserved communities. It became about giving little minds a voice to fight oppression.

And then they found Neha, a girl who was the only person to fight oppression and reach class 11! If you watch videos of Neha talking, she sounds profound. She wants the people of her village to understand that limitations on a girl are unfair and that girls can do anything they set their mind to.

Such are the voices that Kancha has helped come out. It’s not about giving them a voice. The voice is already there. It’s just about helping the voice be heard. 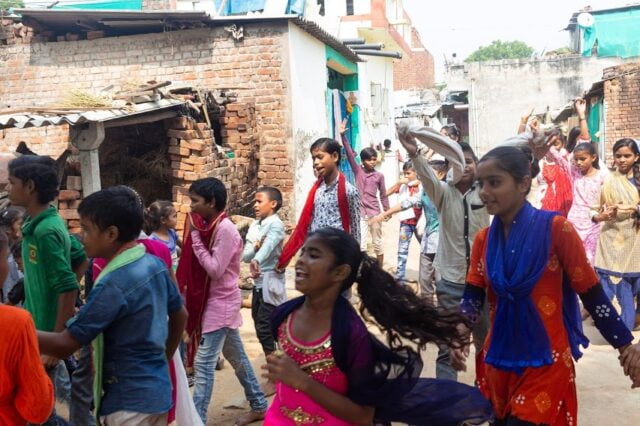 Vision For The Future

Kancha’s big vision is to create a sustainable model for solving the lack of access to last-mile mentorship and the gap between skills, education and creative mentorship.

There’s something profound and pure in Vidhushi’s words about these kids they work with: “Kisi ka bachpan bacha lo toh uski zindagi bach jaegi”. This article may not cover everything about them, but is a note of gratitude for the smiles they are spreading.

Sneha Dasgupta and Durga Venkatesan, co-founders of Kancha along with Vidushi – three LSR girls who took their love for dramatics to the streets, have kids attached to them who own those very streets with their voices and talent now.

To reach out to them, or know more about them, please visit the links below. Perhaps, we all should rekindle our childlike creativity and take small steps towards making this world a better place.