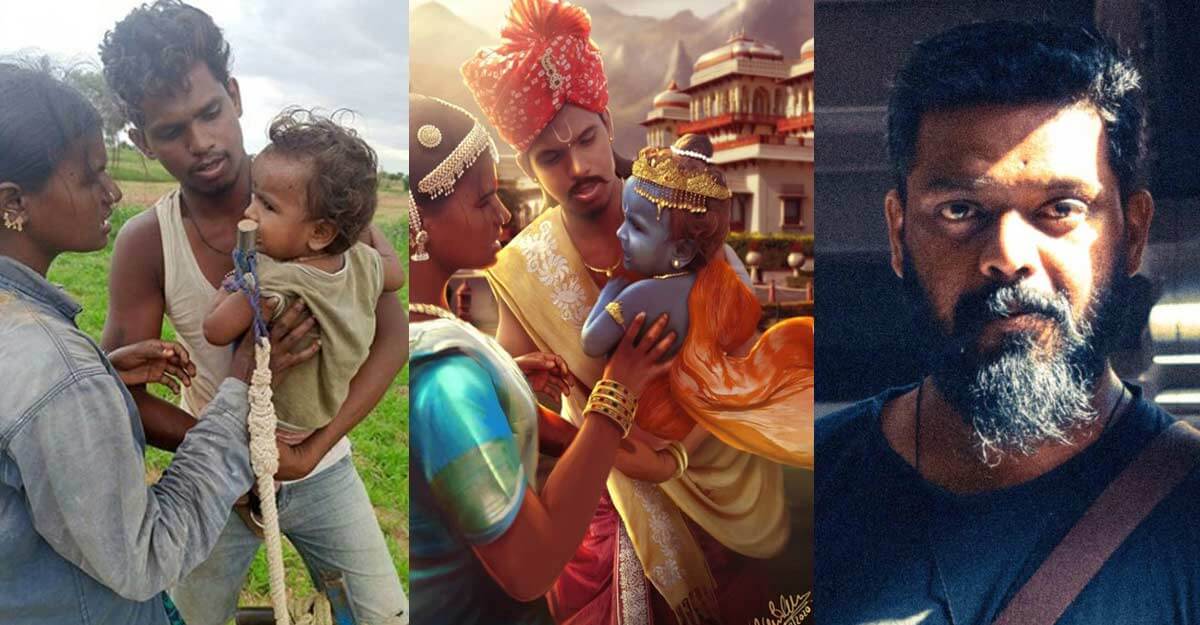 It is not every day that we see ordinary people being turned into literal works of art. Usually, photographers and designers choose famous people to be their muse, especially when recreating iconic paintings or mythical figures.

However, this Bangalore based artist is turning that around by taking requests from common people and turning them into whatever they want to be depicted as.

Karan Acharya takes requests from people, having them either message him privately on his social media accounts or email him with whatever concept they have in mind.

He then creates the image with the real person as the main focus and sends them across to the client. He recently shared some of these images that he made on Twitter to much praise and positive comments. 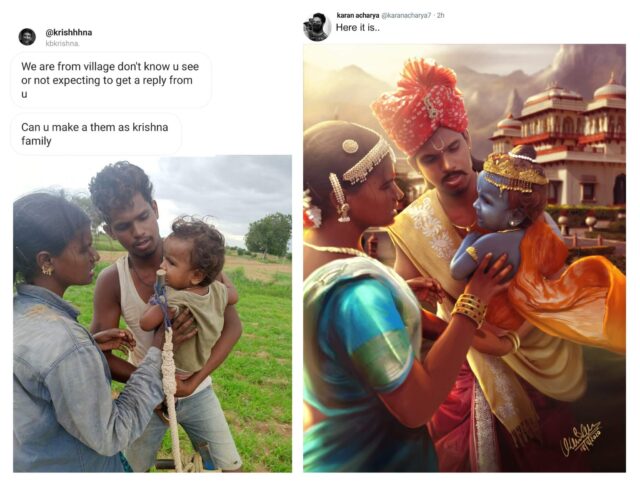 Acharya is famously known for his ‘Angry Hanuman’ graphic which was an outline of the religious figure in black on a saffron background. 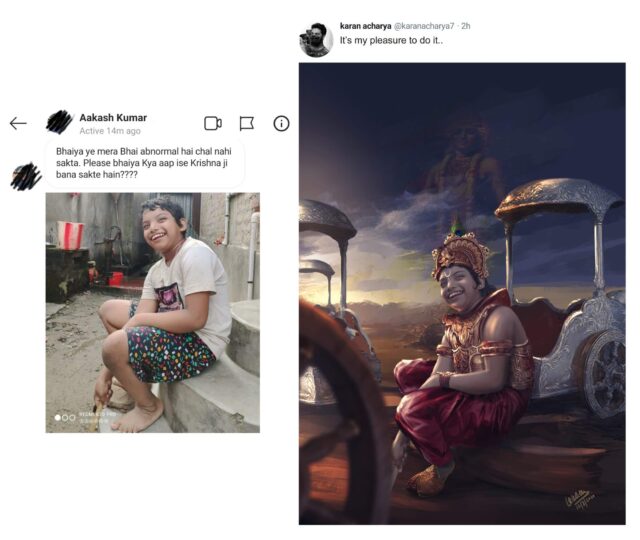 Although he made the graphic in 2015, it still remains a very popular image across the nation.

People still sport the image on the rear windscreens of their car, social media profiles and more. 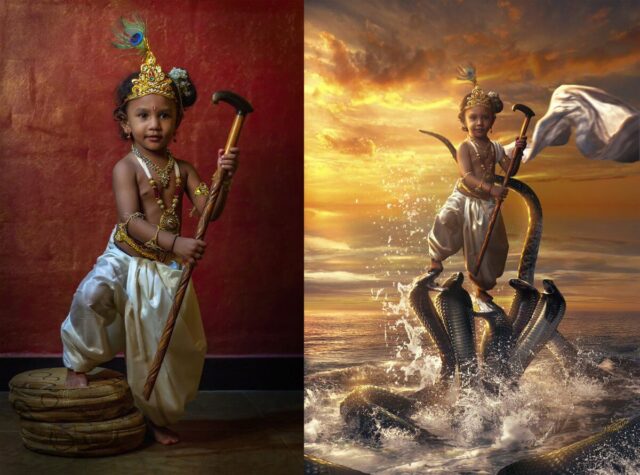 Acharya did put in for copyright of the image in 2018 after a Kannada filmmaker tried to use that particular image for his film poster without getting permission. 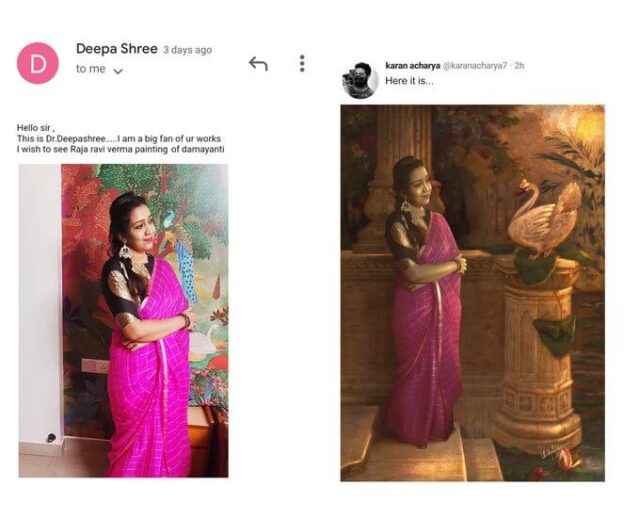 For this one, Acharya put this person in one of their favourite image, that of Raja Ravi Varma’s painting ‘Damayanti’.

Read More: In Pics: This Is How Pretty Indian Gods In Dark Skin Can Look Through The Lens Of This Photographer 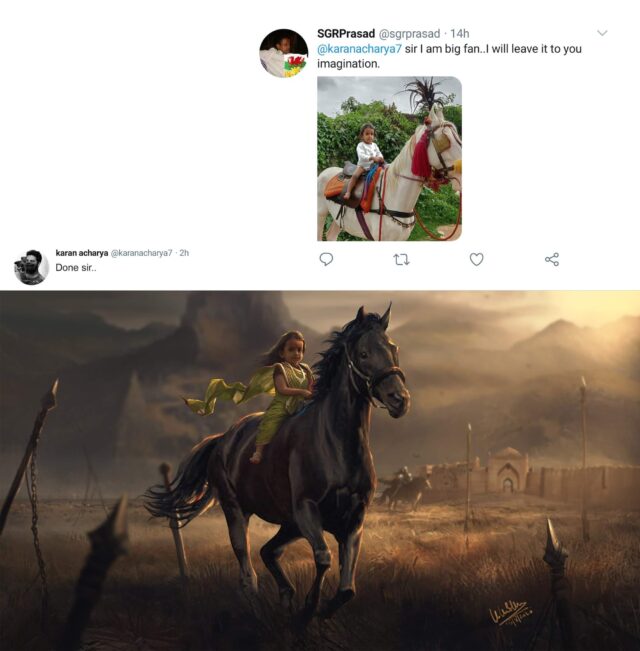 Acharya is said to be greatly inspired by Raja Ravi Varma and used to listen to stories from Mahabharata and Ramayana as a kid.

This eventually led to his interest in using mythological characters in many of his graphics. 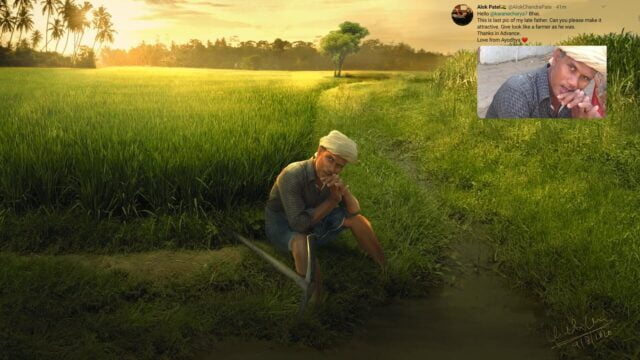 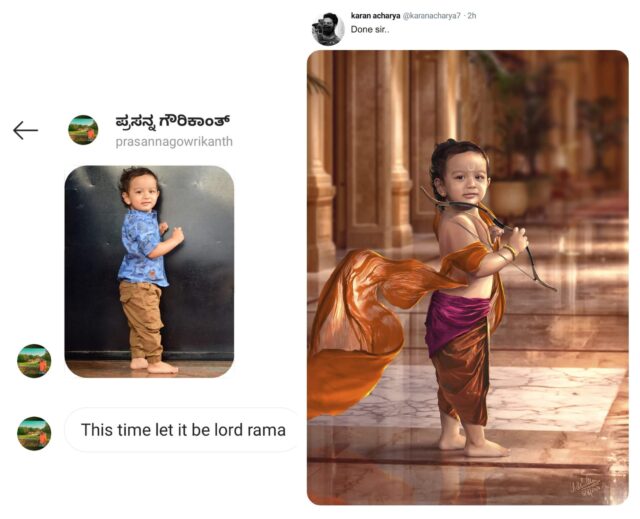 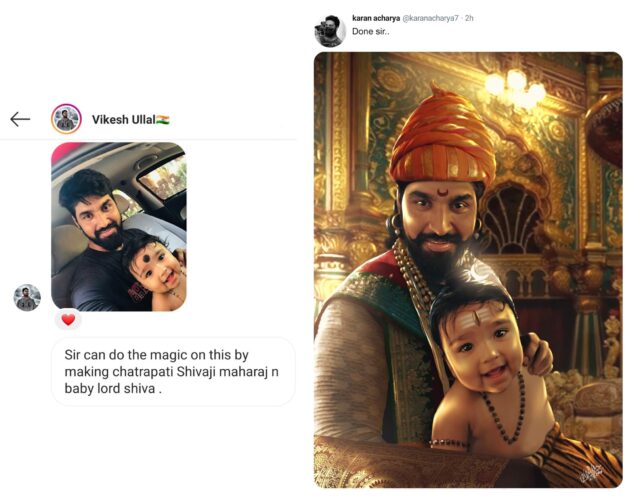 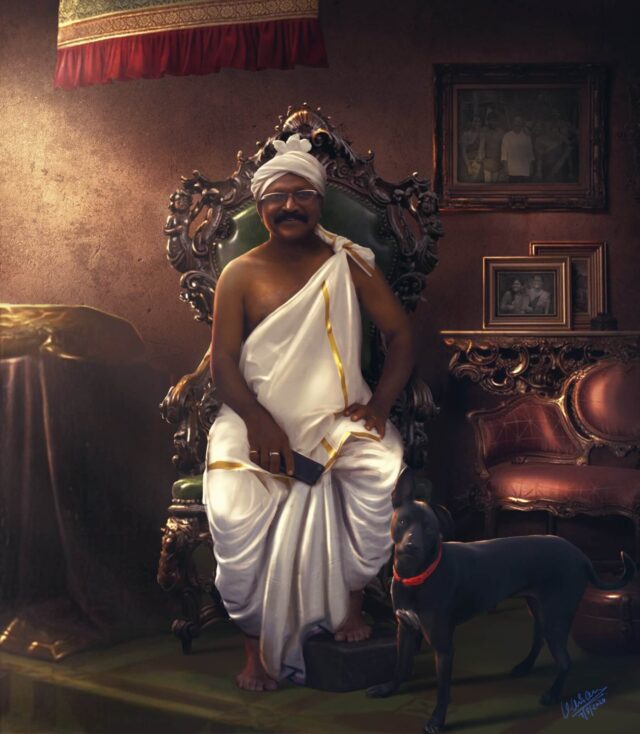 On 8th August, Acharya posted this creation in memory of his father-in-law. 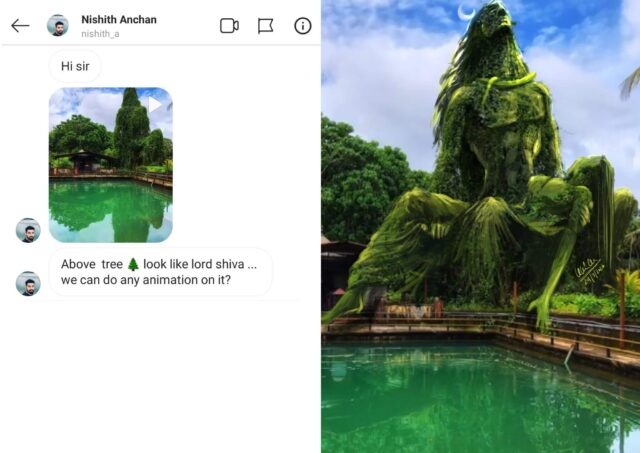 It is certainly interesting to see such images being created, especially with common people as the focus. One thing it helps in is diversifying the image of how mythological characters can look and also including various skin colours, body types and more.

An exciting new clothing brand based in Surat is making its way to your...