Through the Third Eye; Part 2 (Ænima) Okay, so it’s been a long time since I’ve written an article and last time. I had started a series about the ‘biggest cult band in the world’ Tool. Hopefully I’ll finish this series before they release their much awaited follow up album to 2006’s ‘10,000 Days’ this year (speculation).

As I remember, in the last article I talked about Tool’s origins and formation and their critically acclaimed debut EP ‘Opiate’ and debut album ‘Undertow’. So in this article I’ll talk about an album that further cemented Tool’s image as an uncompromising, brutal, sophisticated, introspective, and a thinking man’s metal band with songs that beautifully change the very course of synapses in your brain.

With the success of Undertow, Tool went on to record an album that earned them their first ever Grammy win (Best Metal Performance for the title track), one that is considered one of the best and most influential albums of all time. Yes, it’s Ænima I’m talking about. The title is a combination of Anima (Latin for ‘soul’, often refers to “life force”) and Enema (the medical procedure). According to me, it stands for cleansing of the soul from your backside; it’s kind of what Metallica wanted to name their debut album i.e. “Metal up Your Ass”. And the album isn’t your straight-up-no-sense-just-heavy-guitars-ear-shattering-drums-unintelligible-vocals (as most people think of Metal); Ænima is one of the most beautiful albums to ever emerge from the artistic vertex of any musician or band in the 1990s. After Undertow, Tool parted ways with bassist Paul D’Amour and British musician Justin Chancellor was given the duties of playing the bass guitar. Drawing some influences from King Crimson, Tool with producer David Bottrill (who produced KC’s Thrak) really capture true human emotions in a disc that features some of the most funny melodies and songs a metal band can think of creating. The album is famous for each and every song standing out even more than the previous one. The album, dedicated to (great) comedian Bill Hicks (who died in 1994) delves into various themes like Egyptian mythology, sacred geometry, “selling out”, and a recipe for eggless cookies.

The 77 minute life altering experience of Ænima starts with a controversial one named ‘Stinkfist’, a beauty of a song that according to drummer Danny Carey might be mistaken for a song about “Fist-f**king” but “Fist-f**king is in actuality a metaphor for the real cause of ailment”. Vocalist Maynard James Keenan used to introduce it as “about choosing compassion over fear”. But yeah Tool’s no stranger to controversy and a song with such connotations was sure to be censored, usually it was named ‘Track#1’ by MTV while airing the video. Coming to the music video, guitarist Adam Jones directed the video that is nothing short of brilliance and is compared to the works of the great H.R. Giger.

The next song in the offering is ‘Eulogy’ and according to drummer Danny Carey, it’s about L. Ron Hubbard (founder of the Church of Scientology), someone whose views Tool has openly criticized on numerous occasions. The brilliant 8 and a half minute song draws parallels between Jesus and L. Ron Hubbard and criticizes all such “false martyrs” who only wish to fool people into following their ideology rather than follow reason. The next song ‘H.’ has always divided the band’s followers. Some say the title stands for “Half Empty” (the working title of the song) or most probably “Half Full” and some say it refers Maynard’s son whose middle name is H. Though on various occasions Maynard has said the following about the song:

“So, any of you ever watched those Warner Bros. cartoons? Sometimes there’s that one where that guy is having a tough time trying to make a decision. He’s got an angel on one shoulder and the devil on the other. Seems pretty obvious, right? Usually it’s the angel is kind of the one trying to give him the good advice while the devil is trying to get him to do what’s bad for him. It’s not always that simple though. Most times they’re not really angels or devils; they’re just friends giving you advice, looking out for your best interest but not really understanding what’s going to be best for you. So it kind of comes down to you. You have to make the decision yourself… This song is called H.”

Besides being a really influential, impressive and amazing record Ænima is also a pretty funny record. Case in point, the next track ‘Useful Idiot’ features the sound of a gramophone needle skipping at the end of a record while growing louder as the track progresses. It was meant to fool ones who owned the vinyl version. Tool decided to take a really different step than most metal bands by including six short segues or interludes that connect to longer songs. So after ‘Useful Idiot’ comes the amazing Carl Jung inspired ‘Forty Six & 2’. Drunvalo Melchizedek theorized that the next step of human evolution would result in the human DNA being reorganized into 46 and 2 chromosomes. Also the song points at a wish to experience change through the ‘shadow’ (something that one despises and fears), a recurring theme of Jung’s works.

So after a song with such a deep meaning, Tool presents another amazing interlude named ‘Message to Harry Manback’. The song is an actual recording an intruder left at one of the band’s friend’s house before getting kicked out. Moving forward with the awesomeness, the next song i.e. ‘Hooker with a Penis’ is an open message to all those who thought of Tool as “sellouts” when they released their debut major label album. Maynard poetically and humorously says that since in a highly capitalistic world everyone indulges into greed and those who say they don’t are being hypocrites. The best part comes around the end when Maynard (on top his lungs) exclaims:

“All you read and, Wear or see and
Hear on TV, Is a product,
Begging for your
Fatass dirty Dollar
So, shut up and
Buy my new record
Send more money
Fuck you, buddy!”

‘Intermission’, the next song delivers what it’s title says, it’s also the main riff of the next song jimmy played on an organ. So arriving to one of the best and most haunting songs of the record, ‘jimmy’ is (according to Maynard) the sequel to their previous album’s ‘Prison Sex’. Though after thorough inspection by the always speculative Tool fans has somehow shed light that it’s about the pain and suffering that Maynard had to go through at age 11 when his mother got paralyzed. One of the most haunting song on this record leads to most possibly the most hauntingly funny interlude ever written i.e. ‘Die Eier Von Satan’ (The Eggs of Satan or Satan’s Balls). The song surprised everyone because it sounds as if it’s a recording of a militant German rant or a Nazi rally. What it really is? Recipe for eggless cookies in German language (:D).

The next song ‘Pushit’ (most probably made by combining ‘Push it on me’ and ‘Shit on me’), according to many Tool fans is the sequel to ‘jimmy’, as it talks of about the inner conflict of a person (his present self and his inner child). Like most Tool songs, it’s a combination of brutal yet beautiful musicianship, only escalated further by Maynard’s lyrics and singing. Also while performed live, ‘Pushit’ has one of the most beautiful singing moments in music history. After this, comes the sixth segue i.e. ‘Cesaro Summability’. I can’t really say much about this track as its mostly weird noises, a baby crying and if you listen real closely, there’s a conversation in Turkish.

‘Cesaro Summability’ leads to ‘Ænema’, the song that won Tool a Grammy award (for Best Metal Performance) and became one of the major songs that helped gain Tool mainstream popularity and acclaim. The song incorporates Bill Hicks’ ‘Arizona Bay’ sketch and is basically about how the world is bound to be destroyed by our silly ways, so why not start afresh, of course by flooding and destroying it first. It’s also a middle finger to the celebrity culture around LA including Church of Scientology, rappers, drug addicts, politicians Hollywood executives and actors, all people that Maynard would flush down a toilet. The music video for ‘Ænema’, directed by Adam Jones features Tool’s signature stop motion animation and gives an amazing interpretation to this apocalyptic song. After ‘Ænema’ is the final segue of the album named ‘(-) Ions’, which is correct for a track that sounds like the movement of ions. And so comes the final track of the album, ‘Third Eye’. According to Tool, the goal of Ænima as a whole was to “open people up in some way and help open their third eye and help them on a path”. Third Eye, for some is about enlightenment, for some it opens the gates to quantum physics, Buddhism, spirituality and becoming a higher being, one with the universe. Though interpretations may vary, it’s no doubt that Ænima is one of the most influential, musically and emotionally uplifting albums that has ever graced a store shelf.

Tool never states anything to the point because they want people who listen to them to think for themselves, to question all that is and could or will be, to reach towards a higher conscious self.

And with this I finish my coverage of Ænima. I thought of covering their DVD/CD box set Salival but I’ll do that in my next article. Here’s a video of ‘Ænema’ below the article.

Till then, stay curious and keep that head banging!!! 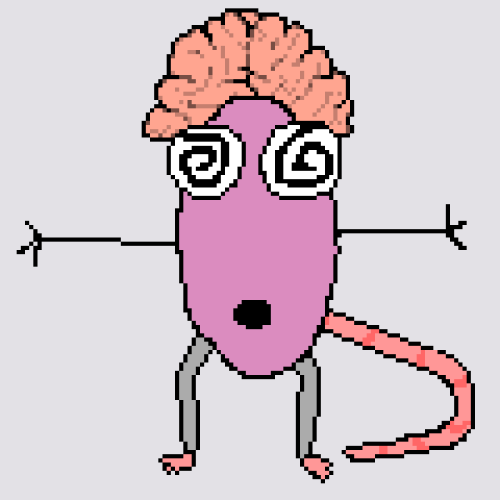 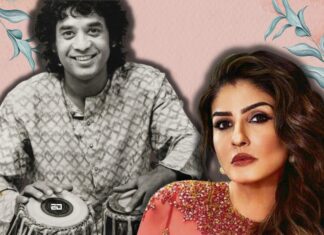