Home Social Opinions The Suspicious Rise Of Sonu Sood: Doubts Around His Charity Being Scam... 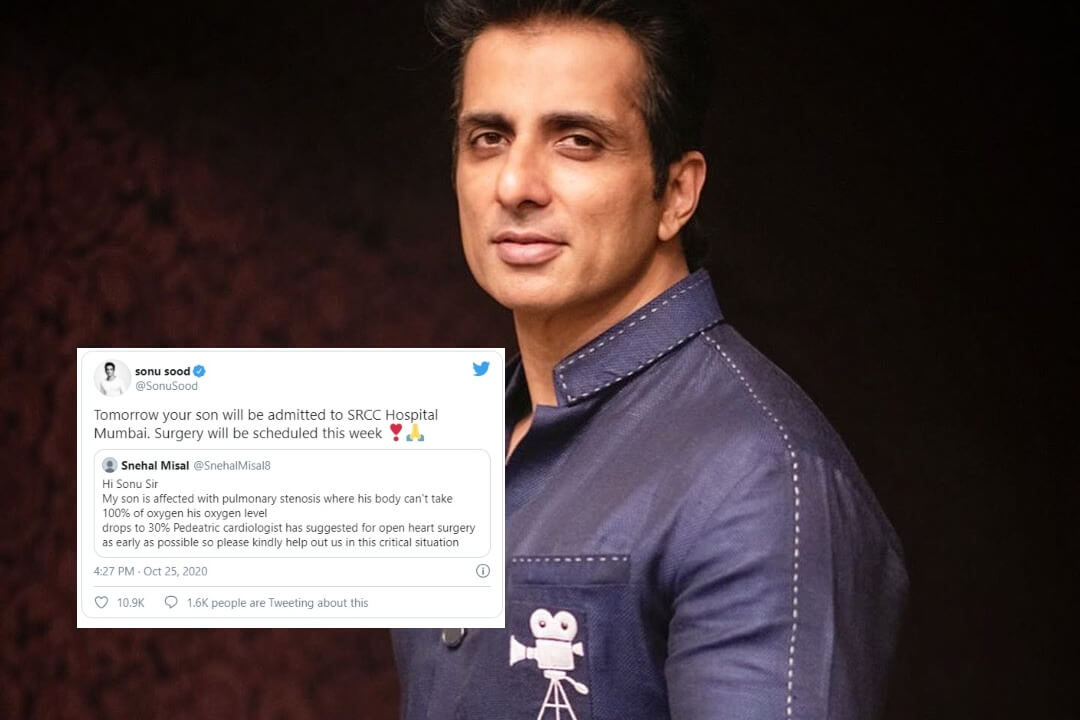 Sonu Sood, once only a Bollywood actor, most known for his roles in Dabangg, Simmba and such has seen a major image change during this time of pandemic.

The coronavirus pandemic in India had a lot of people displaced, with little to no means of getting back to their houses, borders closed, unstable economic situation and more adding to their troubles.

With the country under lockdown, many businesses and projects were closed up, leaving a ton of migrant workers without any work, pay or way to lead their daily lives peacefully.

During this time, Sonu Sood rose almost like a blessing when he helped a lot of migrant workers get back to their home towns safely. Arranging buses and even flights in some cases, Sood became a boon for many needy people.

From there, his image saw a meteoric rise with his philanthropy being lauded by people far and wide. His Twitter is filled with people asking for help for a number of reasons ranging from surgery, transportation, education and much more.

But recently, some people have raised questions on this charity and wondered how much of it is authentic and how much is just a PR stunt.

The whole matter started on Sunday when Sonu Sood responded to Twitter user @SnehalMisal8. The user was asking for help with her son’s open heart surgery that he had to undergo. 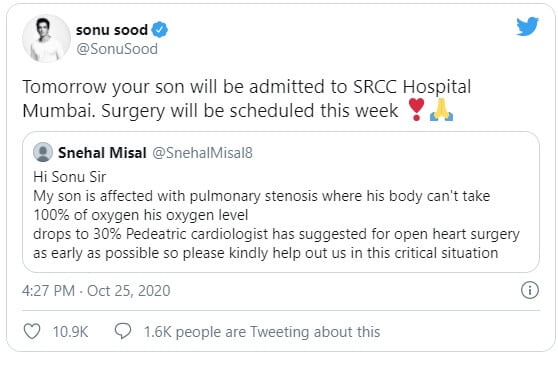 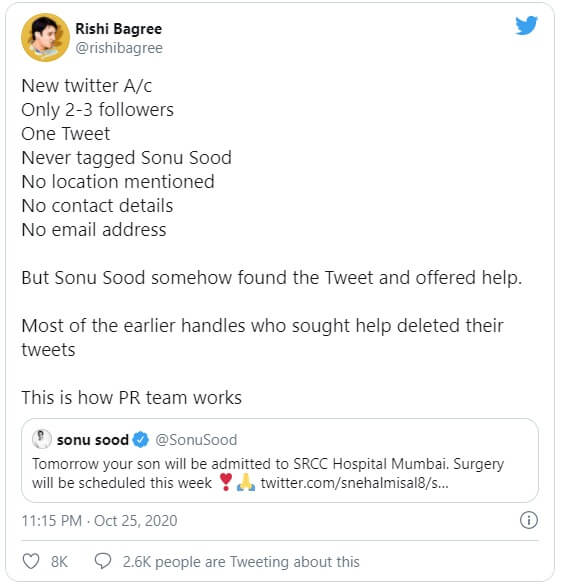 They stated how the original poster (OP) had not tagged Sonu Sood, nor provided any type of contact information like phone number, email address, etc.

They also raised suspicion on how the original account was created in October 2020 itself and had barely a few tweets to them with only 2-3 followers.

Reacting to this, Sood did respond with a tweet where he shared a shot of an excel sheet that he said was prepared by his team. This allowed them to list out all those who asked for help and provide them with it in a structured manner. 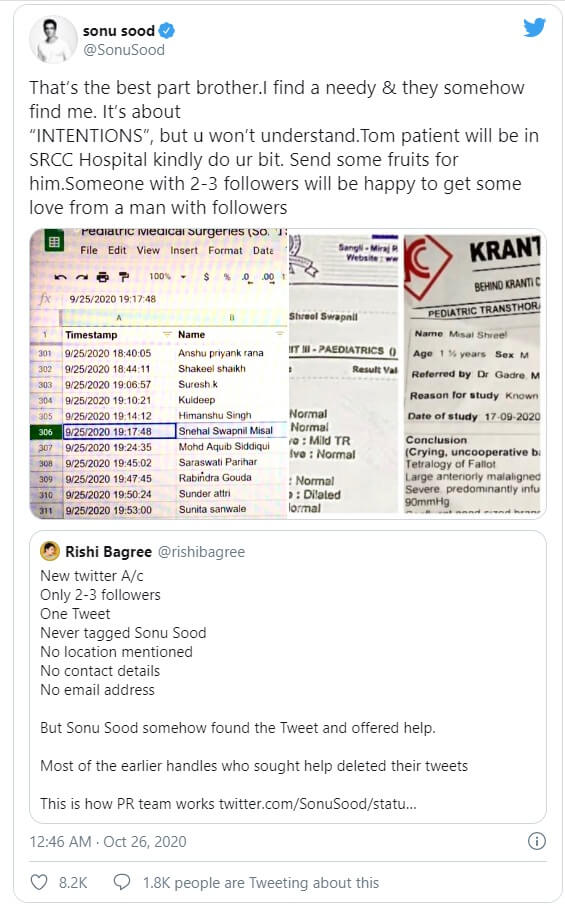 This tweet by Sonu Sood, however, just brought him more trouble since people caught on to the dates shown in the image.

They were quick to point out how the excel sheet showed the OP listed for September when they made their first tweet in late October. 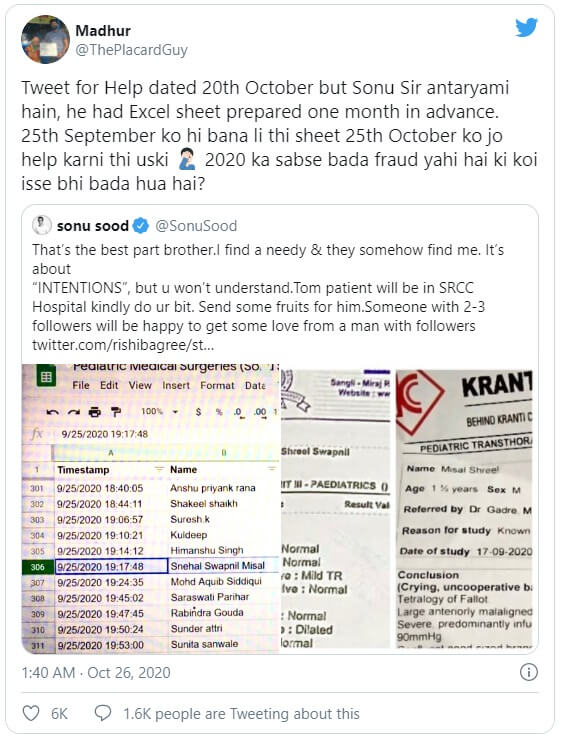 This is not the first time that Sood’s charity has been tagged as being a scam. This controversy even brought an older one back. 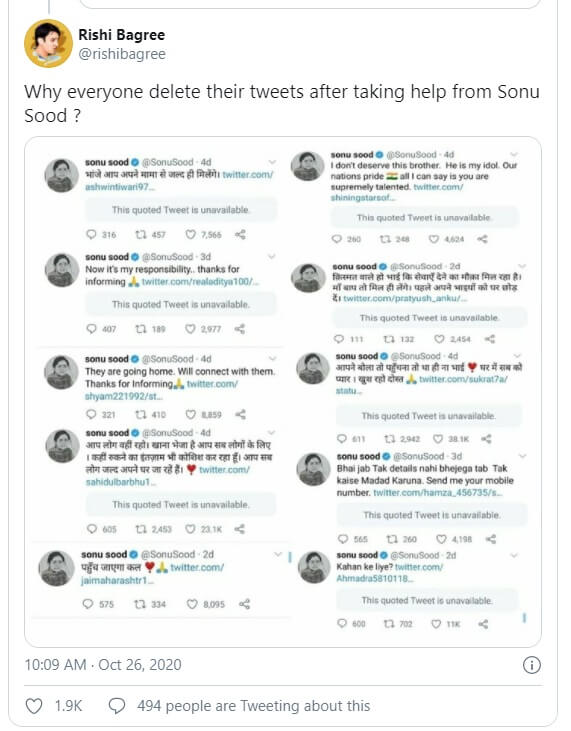 In June, many people labeled Sood as the ‘biggest scam of 2020’ when they noticed that a large number of tweets asking for help, to whom Sood had replied with his solution, had gotten deleted.

People seemed to be confused about this whole thing and eventually speculated that either these people were not real or there was something else going on.

This controversy arose once more in September and now with this most recent issue, it has again been brought up.

Sonu Sood speaking to The Quint did explain the deleted tweets saying that:

“I feel a lot of people have already reached their destinations and received the help, and since their numbers are on social media they were probably receiving calls. So I think that’s why some were deleted, so that the numbers don’t stay on the internet. Secondly, there are a lot of people who just want to check and when they get a call from us, they delete the tweets saying that we just wanted to get in touch with you. I think there’s also a section of people who want o confirm if the help reaches people, they add their numbers and put in an enquiry. So, I have tweeted saying that only the needy must reach out, otherwise a lot of genuine people who actually need help, their tweets get lost in the sea of messages we receive.”

Twitter has had a lot to say about this thought that the whole charity by Sonu Sood could be some sort of scam. 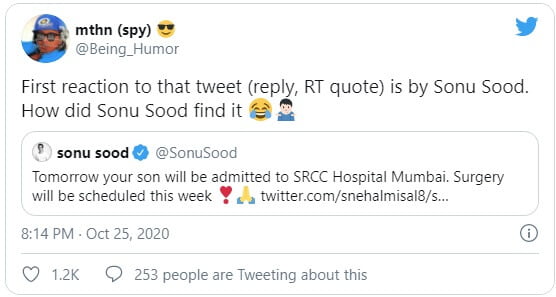 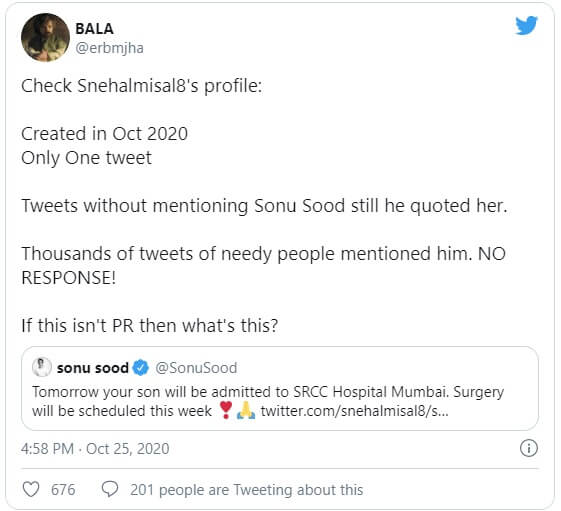 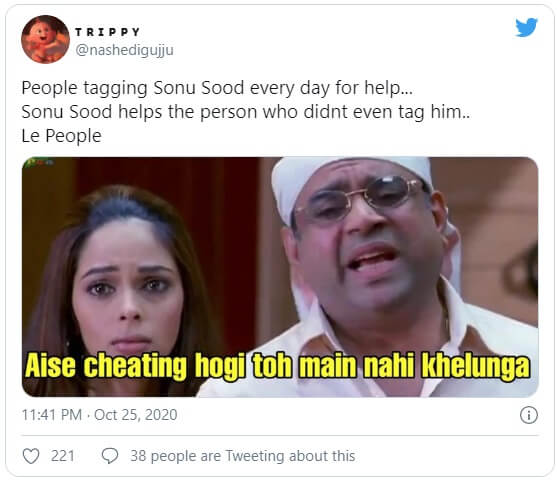 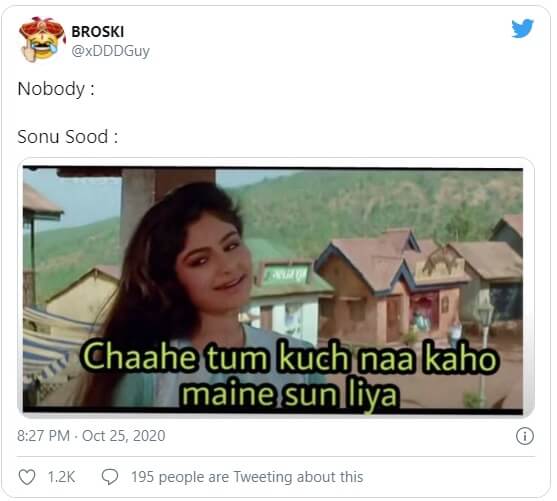 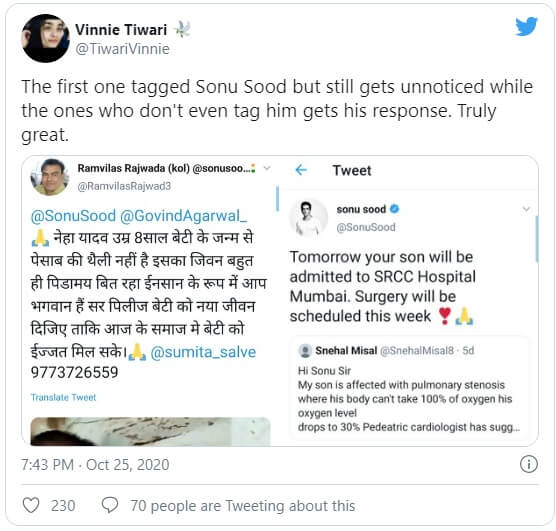 There are people who still support Sood and are coming out to defend him though. 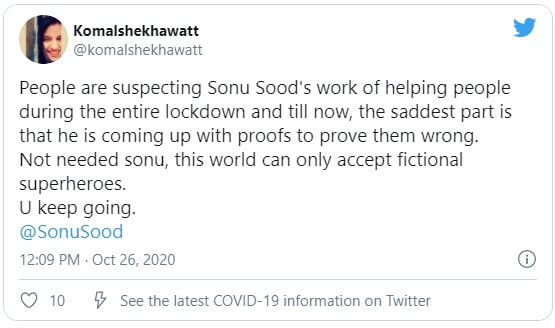 The Media Coverage Of Sood As A Messiah

Even if Sonu Sood had good intentions while helping out people in need, the media coverage of him has been quite interesting to see.

Reports about his charity work first started when he helped out migrant workers in Mumbai to get back home amid the lockdown.

Slowly it only started to increase in number with more and more reports from accredited and well-known media houses of India reporting about every project that Sood took up.

From providing transport to migrants to get back home to getting overseas students back through airlifting, providing jobs to the unemployed youth and even supplying medical attention to those in need all of it was reported about.

Not just that, but the media was very generous with labels such as ‘messiah’, ‘blessing’ and more with regards to Sood.

One can question how much of it was organic and whether any of it was paid for or not.

As of now, there is no concrete proof of any of these theories and many people have supported Sood, confirming that he has genuinely helped a lot of people in their time of need.