Madhav Sadashiv Golwalkar, known as Guruji amongst the members of Rashtriya Swayam Sevak Sangh, can be said to be the person who changed the course of politics.

M.S. Golwalkar was the second Sarsanghchalak, or RSS chief, after K.B. Hedgewar. His political and religious ideology contributed heavily towards the framing of RSS as an organization.

While some hail him, there are people, like Member of Parliament Shahi Tharoor, who continue to criticize him even years after his death.

Let us take a look at M.S. Golwalkar’s rise as a Hindu leader.

Golwalkar was born in a Marathi Brahmin family in Nagpur city of Maharashtra. Coming from a wealthy family and being the only surviving son of his parents, his activities and studies were strongly supported by his parents.

During the early years of his life, he worked as a clerk in the Post and Telegraphs Department and later became a teacher in the Central Provinces. He later retired from the post of headmaster of a high school.

Though being an apolitical student, he had a great interest in religion and spirituality. While studying for Bachelors of Science at the Banaras Hindu University, Golwalkar was influenced by the ideology of Madan Mohan Malviya.

His educational experience included studying marine biology in Madras, which he couldn’t complete due to his father’s retirement, and obtaining a law degree. He also taught zoology at BHU. 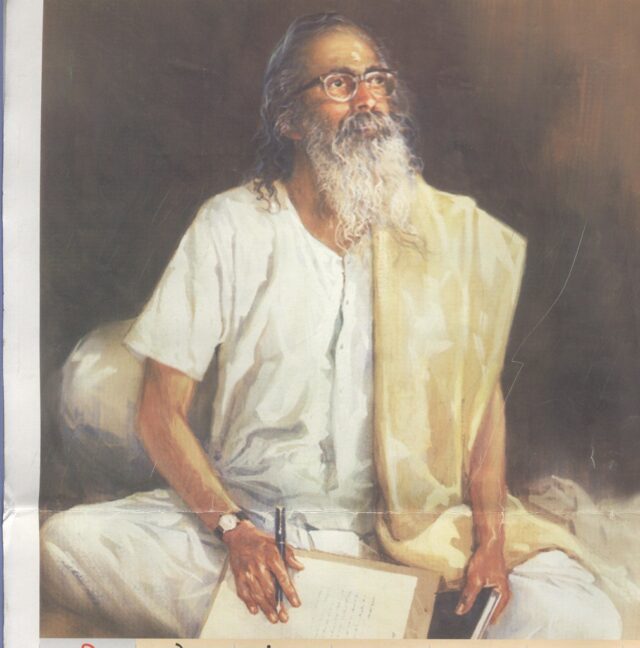 During his years in Banaras, Golwalkar came in contact with Sarsanghchalak Hedgewar, who also persuaded him to pursue law. He saw potential in Golwalkar and gave him responsibilities of RSS.

Later on, Golwalkar took sanyas and became a disciple of Swami Akhandananda, brother monk of Swami Vivekanand. On his death, Golwalkar went into a state of depression. At that time, Hedgewar advised him to devote his life to national service through RSS.

Read Also: Has The RSS Lost Its Way?

Golwalkar is said to have worked for the nationalistic awakening by following the philosophy of Swami Vivekanand, Ramakrishna Paramhansa and Sri Aurobindo.

Bunch of Thoughts is one of Golwalkar’s most cited works, which is a compilation of his talks and lectures around RSS shakhas. The book is prominently divided into four parts: The Mission, The Nation and Its Problems, The Path to Glory and The Moulding Men.

In the first part, Golwalkar strongly advocates the Hindu character of India and stands in favour of the caste system, calling it the binding force that has united and organized Hindus through centuries.

However, a study of the book shows that Golwalkar supported the organizational character of varnas, where duties were assigned and scoffed at the discrimination that had crept in it mainly due to the divisive policy of rulers over the years. 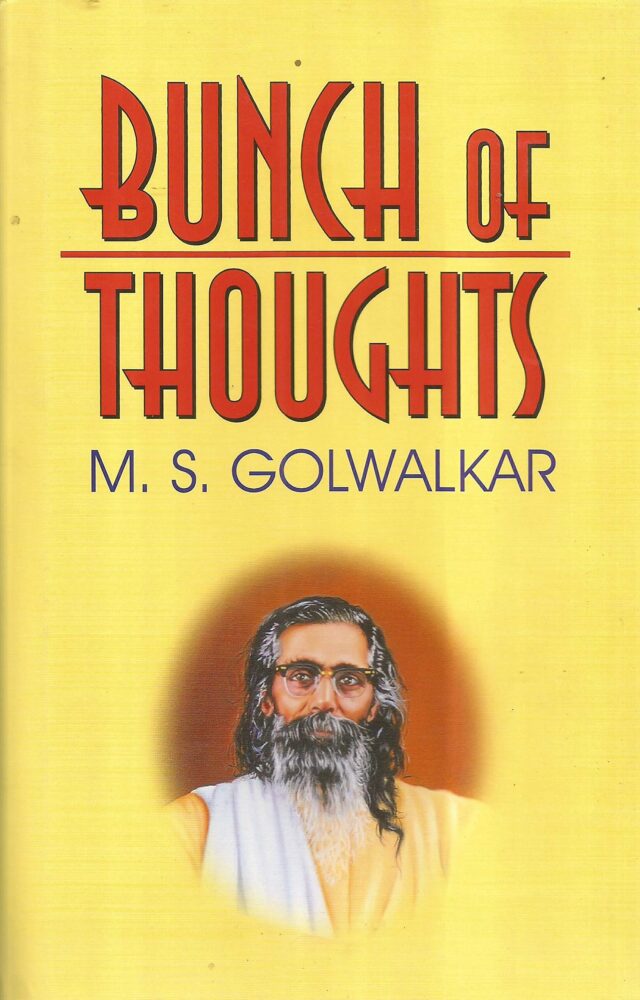 Concerning Muslims, Golwalkar criticized Muslims in several instances, as quoted by senior historian Ram Chandra Guha. A communication between Mahatma Gandhi and Nehru also indicates that Golwalkar and his organization couldn’t convince Gandhi regarding their non-involvement in killing and anti-Muslim riots.

Although quoting the book, Golwalkar wasn’t against Muslims. He wrote that “The Muslims, Christians and Jews etc., have perfect upasana swatantrya, freedom of worship so long as they do not seek to destroy or undermine the faith and symbolism of the national society.”

But the fact that Golwalkar included Muslims and Christians under the category of ‘internal threats’ can’t be ignored as well.

Golwalkar was an intellectual Indian charged with the thoughts of a renaissance of nationalism, which he solely related to the Hindu lifestyle.

A factor that contributed to this approach could’ve been the religious division of the country. Nonetheless, not all his ideas are relevant in today’s times, where we live in a secular India.

Golwalkar’s thoughts can be characterized as overly nationalistic. His extreme devotion towards a religion-based nationalistic identity resulted in the denunciation of his ideology as ‘hateful’ which the verbatim reading of the text of his books doesn’t indicate.

Sources: The Print, The Quint, Bunch of Thoughts + More