Home ED Originals The Self-Made Billionaire Of The Jenner-ation, Kylie, Makes A Debut On Fake... 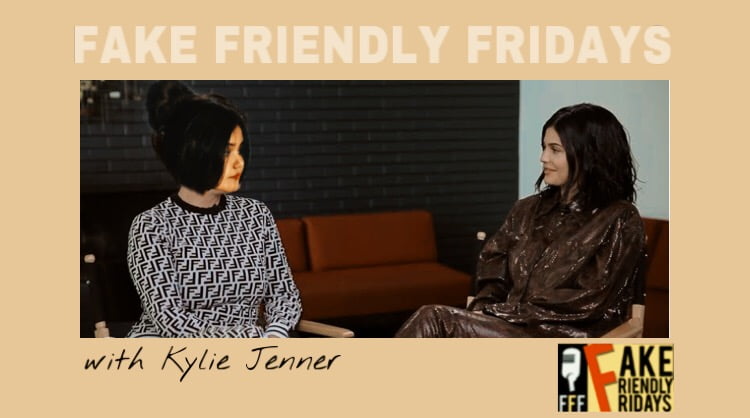 If you still didn’t get it: This is a fake interview written purely on the basis of the author’s imagination of how the actual interview would have been if we got the chance to interview these famous (some, for all the wrong reasons) personalities in real life. In short, just have a good laugh.

Brace yourself for yet another interview where Kylie talks about herself as usual.

ED: Tonight, I have the honour of welcoming one of the most widely recognized names in the world, Kylie Jenner, to Fake Friendly Fridays! 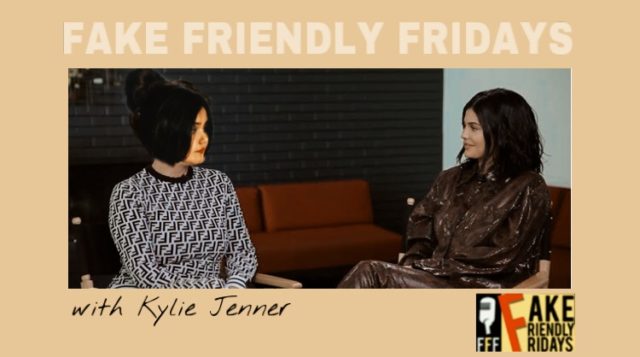 ED: My bad, Kylie. Welcome to Au Naturel Friendly Fridays! How are you doing today?

Kylie: I’ve been swamped with work. You know, promotions and stuff. By the way, have you tried Sugarbear hair vitamins? They’re so good and I cannot live without them! They keep my hair healthy.

ED: Aren’t you wearing a wig?

Kylie: Oh, no. It’s all natural. It’s like my hair just changes colours or something. You should meet my stylist.

Also Read: Watch: What Self Made, Forbes? Kylie Jenner Does Not Deserve To Be Called The Youngest ‘Self-Made’ Billionaire

ED: By the way, congratulations on the birth of your baby! What made you name your daughter after a disturbed state of weather?

Kylie: Thanks! We thought of naming her Tsunami Dubstep at first, but that Instagram name was taken so we settled with Stormi Webster.

ED: Well, alright! Moving on, Forbes recently named you the world’s youngest self-made billionaire and it caused quite the controversy. What do you have to say about that?

Kylie: Whatever. Their opinions don’t affect my bank balance.

ED: Fair enough, but what about those who began donating to you in order to help you become what you are?

Kylie: Honestly, I’m so grateful to them like thank you. You guys are the best! After me, of course.

ED: Kylie, you are quite the Instagram baddie with almost 143 million followers. What advice would you give to young girls following you?

Kylie: I would advise them to buy my latest #birthday collection! It’s the bomb, you guys. It’s also money-themed, so you get what you pay for! Available for sale now on Kylie Cosmetics.

ED: Okay. Someone with a following as large as yours should also be held accountable for social responsibility. Penny for your thoughts?

Kylie: Penny? My prices start at $1 billion. I’ll put you in touch with my manager.

ED: I think there has been a misunderstanding. What I mean to ask you is if you think you’re making a positive influence on society.

Kylie: Roses are red, violets are blue. I’d like to skip this question, thank you. Next.

ED: Uh, okay. Lastly, what would be your message to the world?

Kylie: You can be anything if your sister is a censored and your mother knows how to build an empire out of it –

ED: Well, that wraps it up. Thank you for being with us, Kylie! We look forward to having you again.

Tune in to Fake Friendly Fridays next month to watch us interview another famous personality. Until then, keep it real.