What is the first thing that comes to your mind when I say the word—Jhumri Telaiya? Now, if you are a Gen Z or even a millennial, you may be reminded of the song Jhumritalaiyya in the Ranbir Kapoor and Katrina Kaif starrer 2017 release, Jagga Jasoos.

But you would not even believe me if I say that not only is it real, it is actually a place in Jharkhand.

But I’m sure that the baby boomers would remember the name from Vividh Bharati and the row of song requests from a mysterious place called Jhumri Telaiya.

Why The Name Jhumri Telaiya?

Jhumri Telaiya is a small town in the Koderma district of Jharkhand near the Damodar river valley. As exotic as the name sounds, the etymology of the place is equally simple and boring. 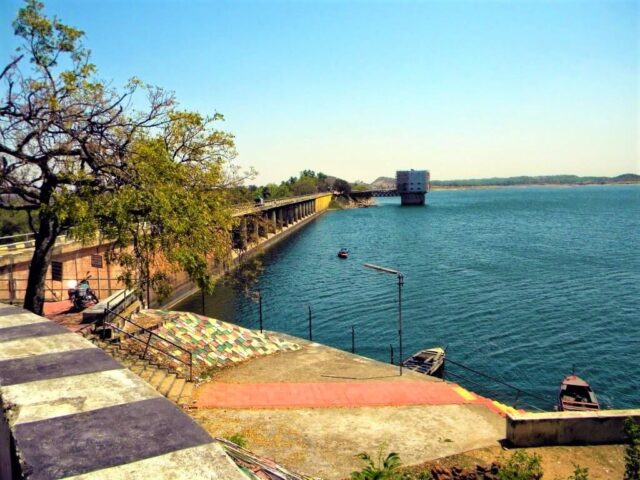 The term ‘Jhumri’ comes from the folk dance, Jhumair or Jhumar, popular in certain parts of Eastern India like Bihar and Jharkhand. Moreover, Jhumri is the name of the native village from where this city originated.

Telaiya in Hindi means a small lake, which in this case would refer to the dam on the Barakar River near this city (the Tilaiya Dam reservoir).

Where Do We Know Jhumri Telaiya From?

The story goes back to the time of your parents or grandparents! It does not have much of a history that dates to medieval or ancient times. But the city did not take much time to make its name once the Britishers discovered vast mica mines in the region.

Mining houses were established soon after and continued even after India gained its independence. Improvement in the means of transportation and communication was almost synchronous.

At a time when the country was suffering from poverty and other social issues, acres and acres of concentration of minerals in a small village meant a change in fortune for its residents.

By the 1950s and 1960s, this unexpected opulence allowed the boomtown to have the highest number of phone connections in India. It was also a time when television was rare and pop culture was more inclined towards radio shows.

Sending song requests to Radio Ceylon and Vividh Bharati through phone calls and letters was a thing during those times. Evidently, the largest litany of film song requests came from this town.

How Did This Trend Start?

B.V. Kesakar, the then I&B Minister, decided to ban Hindi film songs on All India Radio in 1952. As a result, the following for Radio Ceylon soared up immediately.

Once his appeals started getting accepted with his name being mentioned in Ameen Sayani’s Binaca Geetmala, the legendary program of Hindi film songs in the 1950s, it encouraged others as well.

Initially, it was just the paan-shop owner Ganga Prasad Magadhiya and electronics shop owner Nandlal Sinha. But it did not take much time for the fever to spread among others.

What started as a pastime became a cult with clubs to listen to songs collectively and competitions to see who can send the maximum song requests in a day or a month.

In fact, the postmen were bribed so that the briber’s letters had a better chance of getting sent to the radio stations. To give an estimate of its craze, many listeners even started doubting the existence of Jhumri Telaiya because of the enormous amount of song requests received by Vividh Bharati and Radio Ceylon.

It is indeed intriguing to see the intricate relationship between mica and music. But, now, with the complete FM-isation of AIR, it is increasingly difficult to get the middle-wave set and listen to special song requests.

Moreover, none of us have the time or patience for that anymore. We have switched to more effortless means like smartphones. And so has Jhumri Telaiya.

Nevertheless, this city still holds a special place in the history and the heart of radio broadcasting of music in India.