Home Sports The Finest Young Football Managers In The World 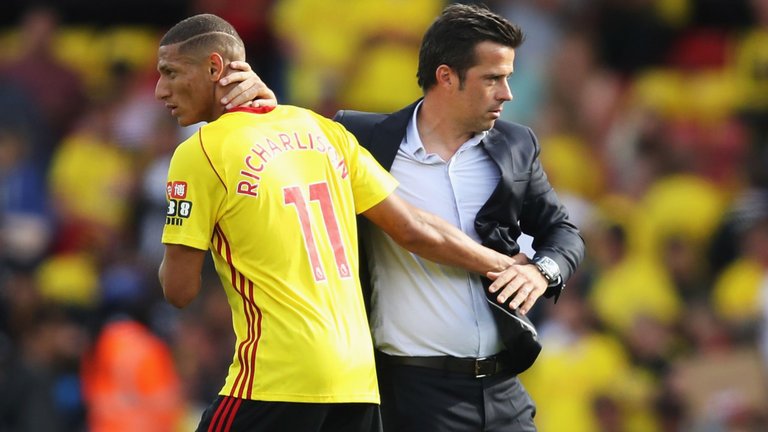 Mourinho, Klopp, and Guardiola might be the favorites of all of us but the new breed of young managers are talented and brave enough to give them a run for their money.

Here, we look at some of the best young football managers in the world-

Since Nagelsmann took over the first team of Hoffenheim in February 2016, only Bayern and Borussia Dortmund – under the 43-year-old Thomas Tuchel, have performed better, of the clubs in the top flight across the last season than Nagelsmann’s Hoffenheim.

This speaks volumes of the potential of the maverick who has been the center of attention of one and all and who was also linked to the Bayern job recently. He is one to look out for in the future and is destined to end up managing a big club. And yes, he is only 30 years old.

The last match that I saw Silva manage was against Arsenal around a couple of nights back and he blew Arsenal away with his tactics.

Paul Merson’s unreasonable rant ridiculing Marco Silva’s appointment has been proved to be so wrong as the Portuguese have shown his true mettle now and again. Though Hull was relegated, it was not before a late surge. The concerned people rightly recognized and now he is the boss of Watford and performing beyond expectations. About eight years ago, Bournemouth appointed Eddie Howe as manager. Five months later he saved the Cherries from relegation from the Football League after starting the season on minus 17 points.

Strongly linked to the England job, he is often as the successor to Arsene Wenger at Arsenal due to his free-flowing football style and his undying belief in his style of play.

The Cherries might be struggling as of now but in Eddie Howe, they have got a gem who can guide them to a respectable position in spite of all the negatives. He is wasting his potential out in the Chinese League and is without a doubt, one of the most talented managers in the world. Though it seems he has been managing since a long time, one forgets that he is still 39.

He was judged harshly in some quarters after spells at Chelsea and Tottenham but what one forgets that if he was considered good enough to coach the biggest teams in PL, he is definitely one of the best around in the game.

I think he will come back to the big leagues and prove his potential once again since he has a point to prove to one and all.

Hopefully, the future of football is bright because ultimately it is the manager who orchestrates the play.

The Most Offensive Chants In Football