Home Entertainment The BTS Love Yourself Era Takes You On A Journey From Self-Hate... 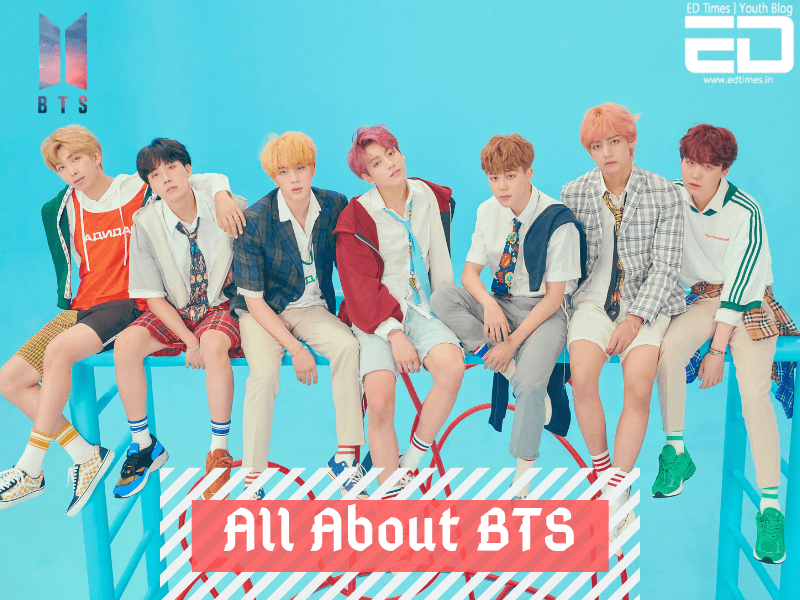 BTS (Bangtan Sonyeondan/ Beyond The Scene), the boy band from South Korea, conquered over the boundaries of language, culture and barriers of nationality by leading the Hallyu Wave.

With the support of their devoted and dedicated super fans called ARMYS, they have achieved many prestigious awards and recognition.

From starting with small fan meets to selling out shows in some of the biggest stadiums around different countries and endorsing many global brands, the band’s name is hardly unfamiliar to people across the world.

But underneath all the glory and enchantment, what really draws me to them is their last album concept.

The LOVE YOURSELF era which began in September 2017 has officially ended. The album encapsulated the journey of finding a way to love ourselves despite having scars and dark sides.

In order to truly love someone, we must first accept ourselves and find solace in who we are, is something that the album really focused on.

The topic is mainstream, many people have talked about this idea, but the way the band has ingrained the idea in not just their songs but also photo albums, music video (MV) and highlight reels, takes it to another notch.

The album is woven together with a gradual and profound story-line, that unfolds the concept revealing the beautiful message throughout the discography.

In my opinion, like every plot, for LOVE YOURSELF series, HER, was the beginning. It described the first part of the story; falling or being in love.

The album takes up a colourful and optimistic look as it describes the feeling of chance events that directs up to meeting a significant one.

With songs like DNA and Serendipity, it condensed the essence of love and the promises we make to our loved ones, promising them forever and happiness.

The climax of the story is portrayed through the discography and MVs of TEAR. This was the second Korean studio album of the band after their 2014 DARK AND WILD and it was the first album from the group to earn No.1 Album in Billboard 200 chart. The lead single ‘Fake Love’ even came in the Top 10 of Billboard Hot 100 chart, a first for any K-pop group.

The album defines the comprehension of being dishonest and harsh towards our own selves.

It wraps around the feeling of hiding behind a mask in order to hide our true identity because of our apparent faults and insecurities and thus we fail at loving the people in our lives and end up hurting them.

Songs like FAKE LOVE and THE TRUTH UNTOLD draws out such emotions through their intricate lyrics and dance.

Also Read: ED VoxPop: What Indian Conservative Men Should Take Away From BTS?

The conclusion of the story is wrapped with the third repackage album, ANSWER. With the title track IDOL and songs like EPIPHANY and LOVE MYSELF; ANSWER talks about having the realisation of self-love and worth.

It focuses on the act of courage in facing our true selves and embracing all our faults, scars and insecurities and love ourselves despite everything.

It talks about how in order to love others we first need to accept ourselves and cherish our existence in this world. With a beautiful and deep conclusion, the series ends its message of acceptance and love.

Through their Highlight Reels, Short Films, elaborate VCR and detailed dance performances, they highlighted the sense of being entangled in chains and shackles of doubt, self-loathing and the confusion we face while in our adolescence.

They talked about topics that are still rudimentary in many cultures across the globe, like depression, anxiety, societal pressure and more.

Diseases like Munchausen syndrome have been touched upon as seen in this shot from J-HOPE’s MAMA MV, released with their 2016 WINGS album where fans have speculated it to be an aspect of his individual story-line.

Through their videos and songs, they have raised topic of youth agenda. With issues like unemployment, peer and societal pressure, women empowerment etc they have successfully influenced not only their fans but many other people.

Thus, their conscious and self-aware efforts towards society as an artist has made them the global ambassadors of UNICEF’s LOVE MYSELF campaign, which endorses the mantra of:

“Find love in myself, embrace people and society in a larger sense with love”

Together with UNICEF, they believe to empower the youth as they are the base of the future and work towards making their lives better by providing quality health and education and supporting the END VIOLENCE agenda.

Such views, concept and actions seem more meaningful in today’s times, where we are subjected to criticism and condemnation at a regular basis.

In this age of social media as the basic platform for exposure, we are constantly exposed to judgement and negativity over every tiny detail.

Number of likes and followers determines our worth way before our personality and character. The fake stupor of our social face is cementing day by day, which contributes majorly to the cause of depression and anxiety.

It has now become an enormous race to impress people to such a length where we leave behind our own health and morals. We outwardly encourage people to love themselves but hypocritically we reprimand ourselves and are the harshest towards judging ourselves.

I personally take a lot from their songs and stories that they depict in their albums. Like many people I have come to terms with myself.

I embrace all my scars and instead of doubting myself I have realised my potential and I am no longer scared of rejections and criticism.

It is a long and tiring journey but it is always worth it, finding your beautiful self and knowing to love ourselves is something we all need to practice.

BTS like many other legendary artists who have raised this agenda, have given their fans a voice to speak for themselves.

They say music is a way to heal our souls, and it is true so, as through their music this band has given hope to their enormous band of followers to have courage and love themselves and not let doubts and low self-esteem come in the way of achieving their dreams.

This is something we all should realise as we all deserve true happiness and love.