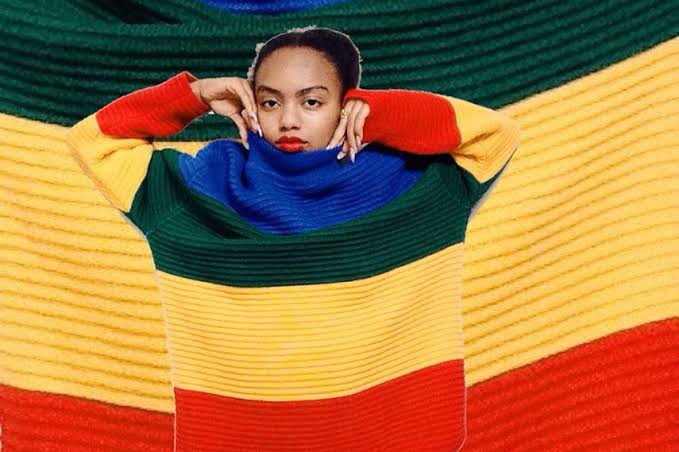 When 15 year-old Mars, a gender-fluid artist based in the United States, created the hashtag ‘art hoe’, little did she know that it would mutate into an online movement which would change the way millennials consume visual arts and contemporary culture.

The expression ‘art hoe’ was first used by rapper Babeo Baggins, which was later adopted by Mars and fellow artist Jam, with the purpose of empowering people of colour to engage with art.

Run a quick search of the hashtag on Instagram and Tumblr, and artistically modified images of people, particularly selfies, juxtaposed against the works of famous artists like Van Gogh, Monet and Hokusai crop up. Personal works of art or edited pictures also find themselves in this virtual space.

Why would one choose to combine art, something associated with the purity of human emotion, with hoe, a word that is used to strip a woman of her very dignity?

Upon being questioned on why the movement was named after a term that has been used to denigrate the female gender time and again, the now 17 year-old replied in an interview to The Guardian that “using it in an arbitrary way diminishes its harmful origin in light of something better.”

By normalising its usage, Mars seeks to eliminate its negative connotations.

Creative expression for marginalized people of colour is the main characteristic of this widespread movement. It is a subculture for people whose medium of expression is art.

Also Read: An Introvert’s Guide To Surviving The Festive Season

Ever since the art hoe movement gained traction online, it has evolved into a broader aesthetic with non people of colour giving it a new dimension – one that people of colour are resentful of.

A handful of people were responsible for white-washing this movement and making it exclusive by affixing criteria that needed to be fulfilled in order to be an “art hoe”.

Some of these elements include a Kanken backpack, colorful outfits, expensive stationery, etc. In order to replicate this aesthetic, one needed to shell out a considerable amount of money, which the co-founder of the movement believes is classist, offensive and a way of gatekeeping the community.

“It seemed really classist – that you had to have this certain level of wealth. Jam and I are broke. It hurt me, because I don’t have an income like that,” said Mars.

When Mars appealed against the movement becoming exclusive, some proceeded to label her as an “angry black person.”

“People tried to use the ‘angry black person’ stereotype when I called them out on it; telling me it wasn’t a big deal. But it felt like a big deal. People of colour are often denied artistic ability, or the things we birth into the world are stolen by white counterparts. I never intended Art Hoe to be that way,” she said to The Guardian.

Exclusive or not, the art hoe movement has piqued the interest of the younger generation in art, gender, identity, politics and much more.

Apart from winning the support of eminent personalities such as Amandla Stenberg and singer Willow Smith, the movement also signals a shift in the perception of contemporary art.

The world has witnessed a rising trend in millennials actively engaging in art, politics, science and philosophy, thanks to movements like these that are fuelled by the desire to stay in the know, or in other words: stay woke.

My own brush (pun intended) with the art hoe movement took place in the summer of 2018 when I painted Starry Night by Van Gogh on a pair of denim shorts:

On second thought, have I been an art hoe all along?