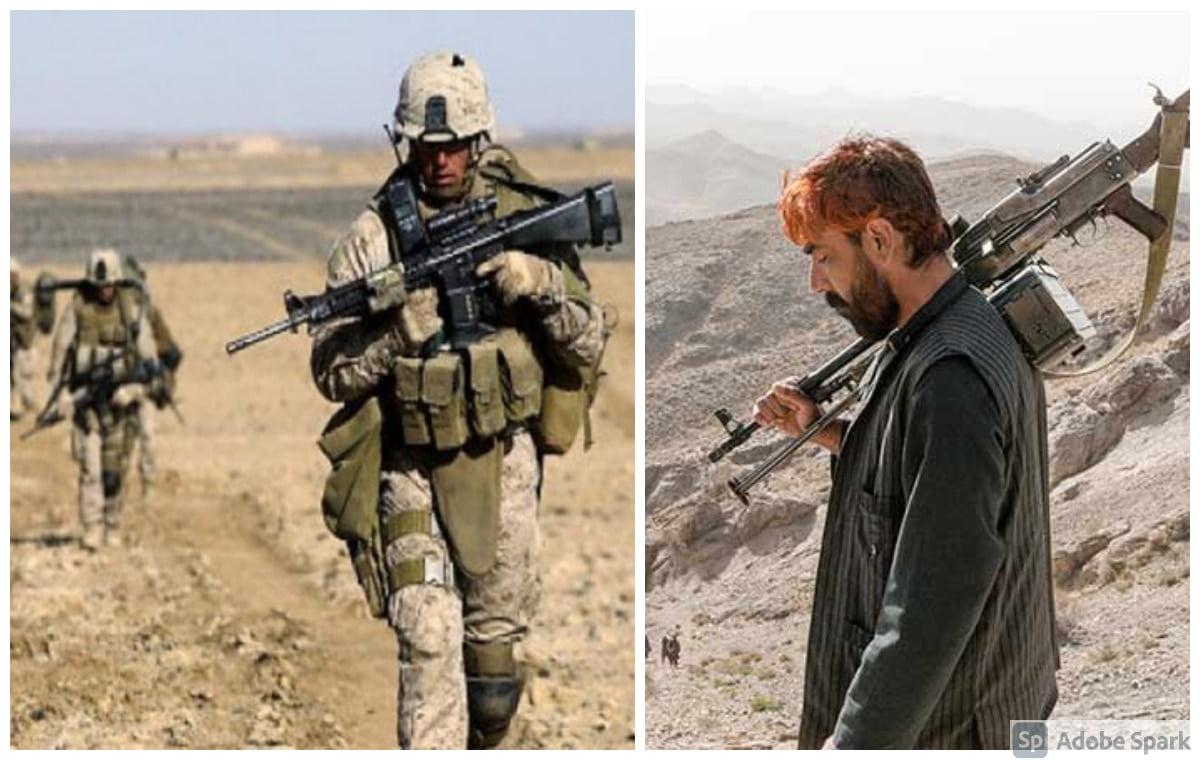 On the 22nd of June, the terrorist organization, the Taliban, carried out an offensive in various districts of Afghanistan. As of the present day, a pulsating number of 40 districts have already been acquired, and the expansion only seems to be sooner rather than later. Afghanistan’s sudden resurgence of the Taliban has now become the cause of concern for most of its neighbours.

With resources thinning down by the day owing to the pandemic, the consequent expansion of the Taliban further into the Afghan territory only makes the situation more worrisome.

India has a lot to worry about if this emergence is followed by a consequent growth in the number of sleeper cells. Both the countries of Pakistan and India have found themselves on the backfoot, and maybe it is time to work together to fight against terror in unison.

What Is Happening In Afghanistan?

If you have been following the Global section of your newspapers, then it should not come as a surprise to learn of the Taliban’s intermittent rise in Afghanistan.

The Afghan government, for the past couple of months, has found itself on the backfoot with little hope of finding redemption. This has sent shivers down the spine of the entirety of the globalized world.

From Washington to Delhi, the governments have been trying to come up with a formidable solution to the militant problem in Afghanistan. However, with America’s demilitarization of Afghanistan after decades of occupation, the military scenario ironically looks bleaker than ever.

The Afghan administration, alongside its armed forces on numerous instances, has projected their inefficiency when it comes to tackling the militant insurgence inside the country. The recent selfie of a Taliban insurgent posing in front of the city gates of Mazar-i-Sharif is the one piece of media that has become the paramount cause of fear among the global populace.

In the past twenty years, the Taliban, which has predominantly operated in and around the limits of northern Afghanistan, had last been at the city gates of the hub in 2001. What makes the insurrection as frightening is that these city gates lead to the main city hub in the northern Afghan prefectures.

The Fall Of Mazar-i-Sharif in 2001 marked a significant turning point in Afghanistan’s role as a sovereign nation, as the Afghan forces supported by the occupying American forces ousted the Taliban regime from their base of operations.

US Intelligence has warned of Kabul, the capital of Afghanistan, falling to the Mujahideen within six to twelve months of the American Army’s departure from Afghan soil.

Also Read: Why Did The US Fail To Defeat The Taliban?

Why Should India Be Worried?

The Indian authorities have already begun taking guard and being on the defensive which in itself should be evidence enough to the terror the Taliban insurgency has caused.

The scenario is only turning bleaker by the day as it has been enough to compel the Indian administration to switch its stance on engaging with the Taliban.

Earlier in June, it was reported that an Indian envoy led by Jaishankar had gone to meet the Taliban top man, Mullah Baradar, one of the founding members of the Afghan Taliban, in Doha. The secret meeting was not disclosed until recently by Qatar’s Special Envoy, Mutlaq bin Majed Al Qahtani.

The entire scenario of Taliban proliferating into the heart of Afghanistan was, in essence, brought about by the American administration’s incessant need to maintain ‘cordial’ relations with the parties.

Their inherent want to not have history hold them responsible for any form of political degradation in the region led to an aggressive demand for peace.

Rather than demand, these were but a form of extortion. The administration demanded the release of 5000 Taliban prisoners and advertised the Taliban as ‘changed’ and ‘new’. The perceived image of the Taliban was then force-fed to each and every other country in its immediate vicinity.

However, the entire prospect of having a fascist regime sit in the midst of a democratic sovereign nation such as Afghanistan was never going to sit right with the Afghan administration.

The preferred method to tackle the situation, according to the anti-Taliban Afghan coalition, is to take arms and fight the fundamentalists tooth and nail.

The cause of concern for India in this scenario is its succeeding cause in the near future. The unlikely but probable rise of the Taliban within the Afghan administration, becoming the sole proprietor of the Afghan government may spell trouble for the Indian administration.

On the other hand, if the Taliban successfully infiltrates Kabul and the other major cities even for a few months, it may be an enormous cause of concern for the Indian administration.

In all fairness, India has been provided with two choices on the table. Accept the rise of the Taliban in Afghanistan and sit back like Britain and Iran, or actively proliferate the cause for a democratic Afghanistan. Nobody can be sure of what the Taliban may have under their sleeves once they rise to power, and the road will only get murkier still.

It is only fair now, more than ever, that India and Pakistan forget their differences, if only momentarily. Some insurgencies are meant to be quelled.