Taliban has taken over Afghanistan and the humanitarian crisis there is crippling. People’s freedom is at stake, especially that of women and minorities. There is a public outcry for help from international organizations like the United Nations, which is silent at a very crucial moment.

Meanwhile, India has evacuated the stranded Indians in Afghanistan via airlift today. People stuck there are seeking refugees to safer places, but officially things seem bleak as of now. Taliban terror is real, and from the circumstances, it looks like it is here to stay for some time.

India, despite its drawbacks and increase in intolerance lately, seems a haven in comparison to Afghanistan. But, not to Swara Bhasker, who compared Taliban terror to “Hindutva terror” on Twitter.

Swara Bhasker has, time and again, taken a very strong stand on political matters concerning India. She has always been very vocal about injustice on minority groups, political polarization, and protested against CAA too.

A rather distasteful tweet, it received hate comments and criticisms from many people. #ArrestSwaraBhasker was the top trending tweet the whole day as people were demanding her arrest on account of harming communal peace.

Read More: What Should The World Do To Truly Help Afghans And Distressed Afghanistan

Expectedly, her tweet came under a lot of scrutiny and the actress was criticized for making a baseless comparison. 13 FIRs have been filed against her as of now all over the country. 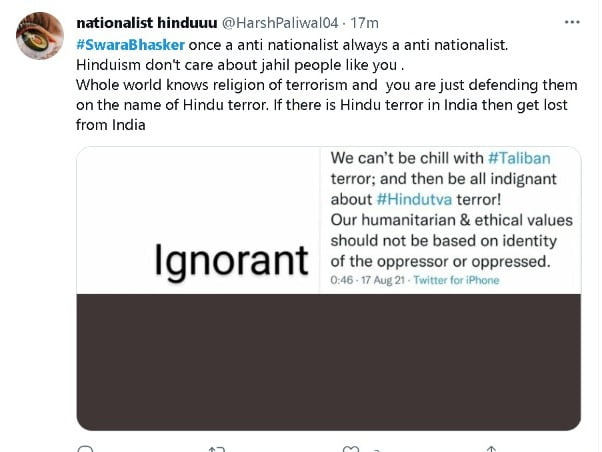 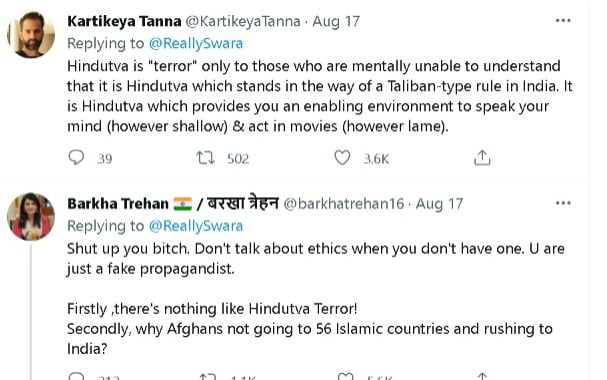 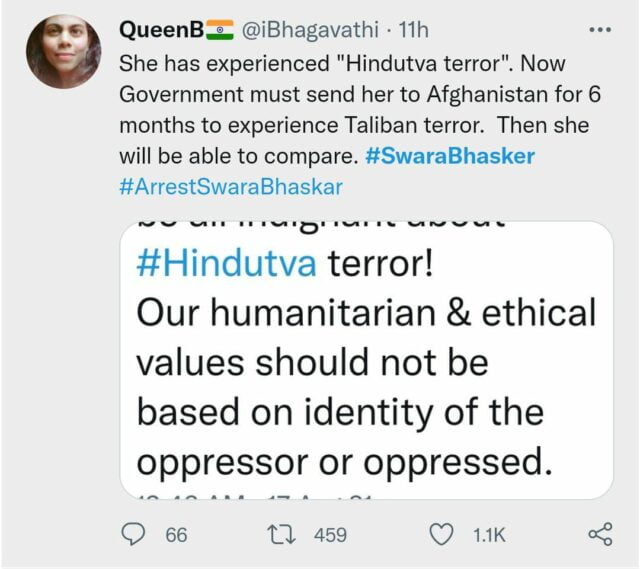 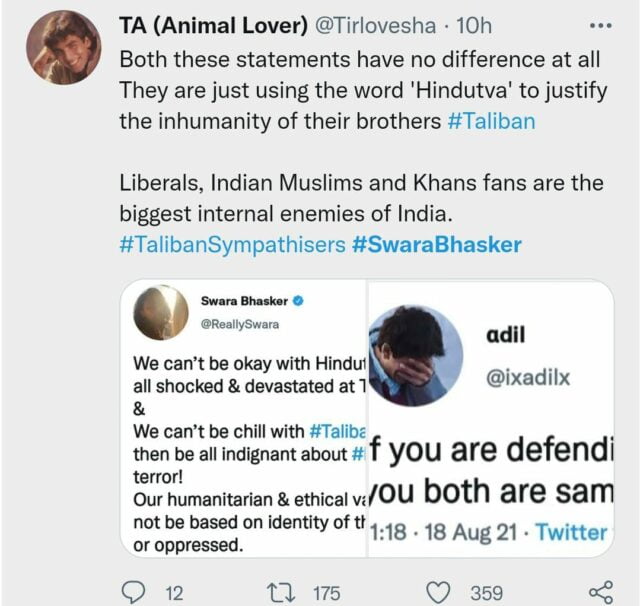 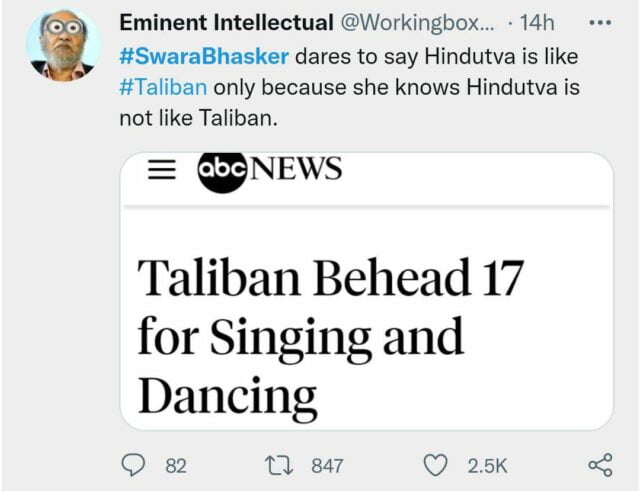 There were few among the lot who stood beside Swara and defended her. 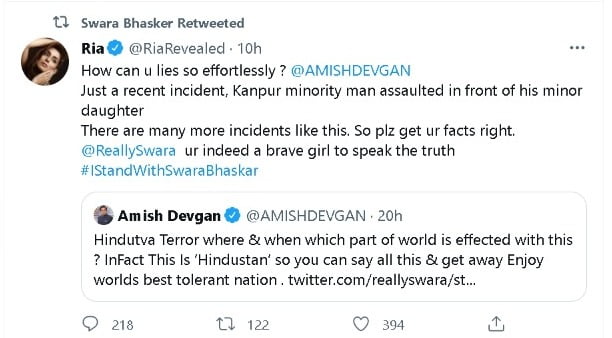 Pointing out the problems in growing Hindutva ideology is one thing. Comparing it to the Taliban is another. But, Swara is sticking to her words and not retracting back her tweet even after such criticism. What follows from here is yet to be seen.

#RefugeesWelcome: Afghan Refugees Shown Support As People Welcome Them To Their Country