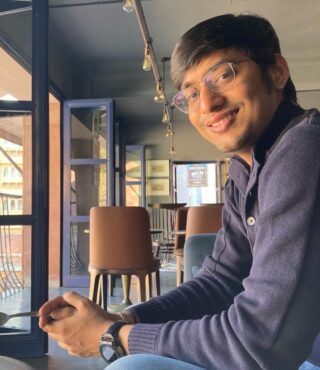 Success usually comes to those who are too busy to be looking for it and Suril Jain a twenty two years old guy from Ahmedabad proves this statement. Suril Jain belongs to a Jain Marwari family from Rajasthan.

Graduation: He completed his graduation from NIFT- Gandhinagar in 2018. Apart from this he holds a Bachelor of commerce degree too.
Career: Suril learned business skills since a very young age. For an instance he joined his family business of textiles trading as part time just when he was in 10th Standard. And that’s when he got to learn the great business lessons.
He sensed huge potential in social media when it started to trend in India during 2012 & he created his own social media account that’s @suriljain. After that he started a social media page in partnership with two of his friends, but the partnership didn’t went well, after working on that page & making it grow multifold just in a span of 20 days his page was hacked. But that didn’t stopped him from writing his destiny, After that he created another page called @trolls_official. Again with much concentration & consistency he worked on his page and made tremendous growth along with providing daily fresh content to the audience.
Apart from consistency he kept on updating his set of skills & learned many new things. He started his marketing business in 2016 when he saw many big banner clients approaching him upfront. As a result the business was highly successful from the start. That’s when he started his journey and went on deep into social media marketing for brands. He sensed the upcoming marketing trend as brands were moving away from traditional methods of marketing. He created a network of 300 million plus social media followers & has worked with clients like Zomato, Moj App, Airtel, MPL (Mobile premier league) Dream11, Josh App, Cash Karo, OMS( Times Group), Amazon prime, Netflix, Roposo, Oneplus, Luminous Inverter, MX Player and many more. He has also partnered for marketing of Big Budget movies across social media platforms. Apart from @trolls_official Suril Jain along with his media arm Social Matte Media owns several pages & brands.
Business apart from Trolls Official: In the year 2020 he became a business partner at Social Matte. Today he is Managing Director & Chairman at Social Matte Media Private Limited. His success looks more like a dream to today’s youngster but for that dream he had went many of his night’s sleepless. He believes that if you don’t update your skills timely you’ll be no more in the market. To keep pace with this changing world you have to get your skills updated regularly. Today Social Matte Media manages 10 Million in-house audience along with 120+ brand pages & 300 Million plus network of Followers with a team of 18 people.
He also works in his 25 years old family business of textiles trading. He joined the business when he was in 10th standard as part time. He divided his time between his marketing & textile business.
He is also a stock investor. He made his first stock investment as he became 18 years old. He said that he would’ve started investing early but since demat accounts are only for above 18 years of age so he had to wait till then. His investing strategy is long term investing. He learned from his father the power of compounding & the risks of intraday trades & made a rule that he would invest only for long term & avoid intraday trading. Since then had just went on only holding the stocks and he had enjoyed watching some of his investments grow by 18 times.
Apart from stock market he is also an early crypto investor. He uses the same long term strategy in crypto investing.
Apart from this he also finances & invests in small startups of his known ones & friends for a stake in their business or interest.
He also made his first real estate investment in 2020 & purchased his first commercial property in that year. He also plans to invest more & more real estate where he senses opportunity.
Hobbies: Suril loves Horse Riding, Archery, Swimming & Billiards much. In his free time he plays billiards. He also likes the game of horses, Polo & is aspiring to learn how to play it. Apart from this he likes to play Chess, Table tennis as indoor games.
Future Plans: His aim is to make one of the biggest media marketing firm in India. He is planning to expand in Print media, Outdoor media, Television Media, Offline media etc. He is also planning to expand into music labelling industry & plans to onboard singers exclusively on it as a part of his Media division expansion plans.
He is also planning to start his own integrated Textile Manufacturing Facility in Ahmedabad. Though this is one of his toughest dreams but still he had completed many of his toughest dreams in his journey till date & we believe he will complete this one too one day.
Even though his journey isn’t easy but his experiences taught him to not give up till you achieve your goals. The best quality of his is that he is always open to learning. He knows that one has to keep learning because it leads you to success and it also makes you confident. His passion will help him to tackle all the problems and we all know that he will be one of the most successful person in near future.
Success Mantra: When he was asked about his success mantra he said:
” कर्मण्येवाधिकारस्ते मा फलेषु कदाचन ।
मा कर्मफलहेतुर्भुर्मा ते संगोऽस्त्वकर्मणि ॥ “

Meaning- “ You have a right to perform your prescribed duty, but you are not entitled to the fruits of action. Never consider yourself to be the cause of the results of your activities, and never be attached to not doing your duty. – Bhagavad Gita, Chapter II, Verse 47 ” 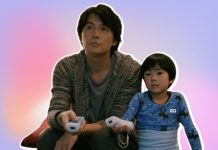