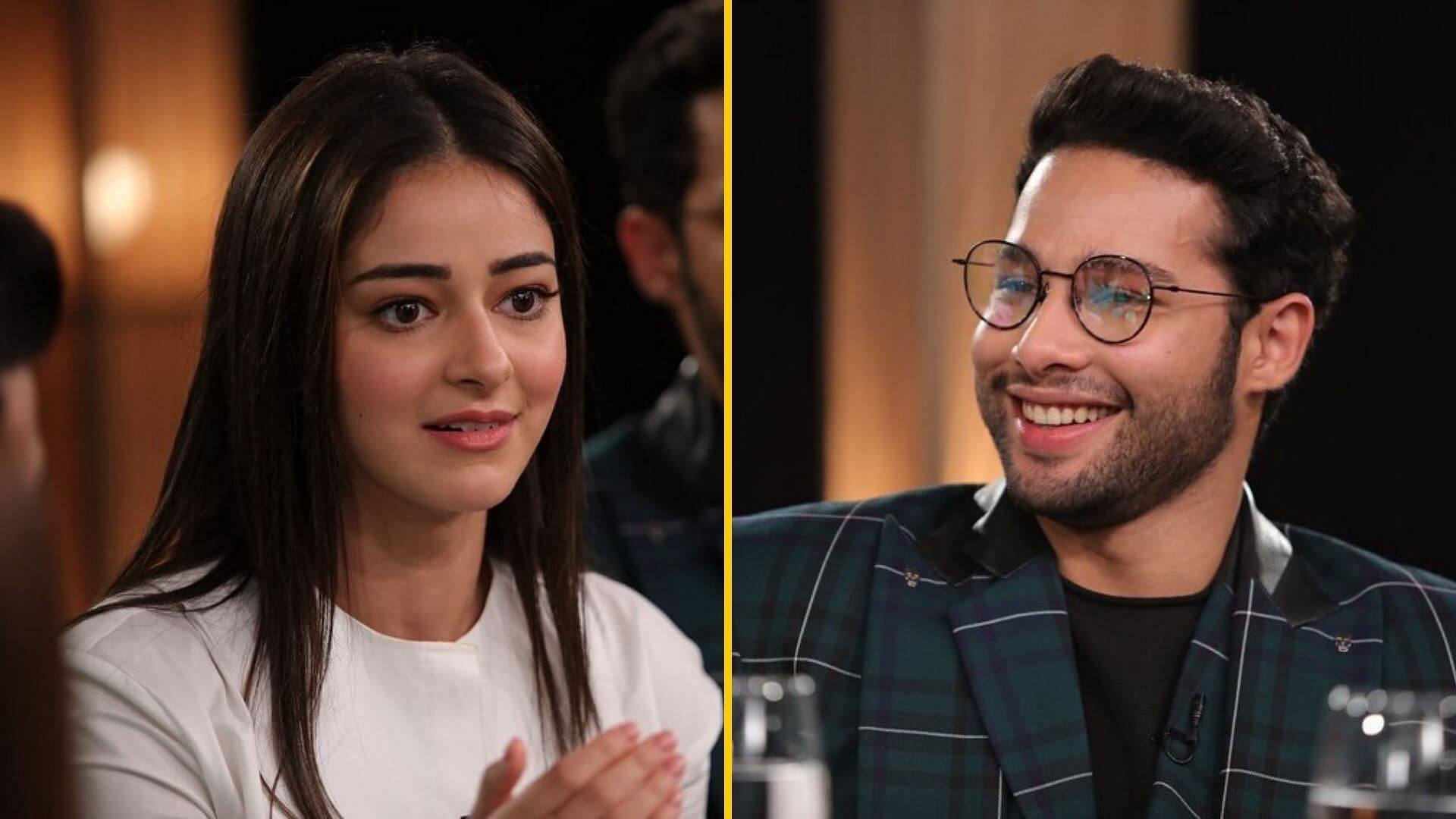 This past year was a good one considering the variety we saw in our Bollywood movies. There were some good ones that came out and there were some bad ones.

Movies like Bala, Andhadun, Mission Mangal, Uri, Chhichhore, Gully Boy were some examples of well-made films with a good and solid plot along with wonderful performances doing quite well at the box-office.

While we did have our Housefull 4, Kabir Singh and more that were either not well made or complicated in nature, 2019 showed the changing nature of the Indian audience and what kind of films they expected.

This was something that jumped out to me while watching Rajeev Masand’s ‘The Newcomers Roundtable 2019’, where most of the newcomers this year were from well-written movies with strong characters that required actors and not celebrities.

But while most seem to be just talking about the epic response that Siddhant Chaturvedi (MC Sher, Gully Boy) gave to Ananya Pandey (Student Of The Year 2), there were some other good moments that jumped out to me from this boring but at times hilarious interview.

During the interview, Ananya Panday who recently made her debut with Karan Johar’s ‘Student Of The Year 2’ and is the daughter of actor Chunky Panday was ranting about how being a star kid is not that easy and they have their own problems.

In doing so, she gave the example of how her father had never appeared on ‘Koffee With Karan’ or did a Dharma Productions movie, both of which she’s done, and that she has her own struggle to get through.

The fact that to her a struggle is coming on a chat show or doing a Dharma movie whereas for an outsider even getting an audition seems like an achievement, speaks a lot.

I believe with this line, Chaturvedi was highlighting the difference between an outsider and a star kid that, while a dream for an outsider is actually working in a movie and having it released, to star kids their struggle is doing a big-budget movie from one of the biggest production house of the country. 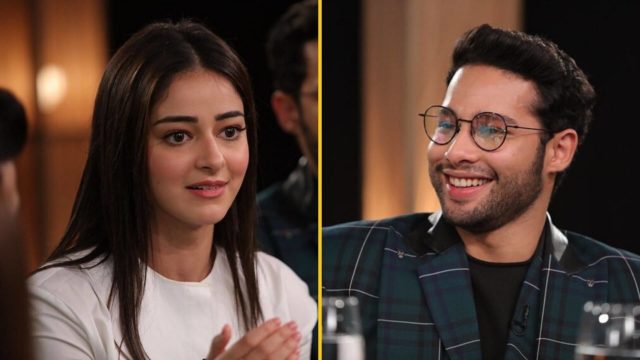 #2. The Rest Of The Table Agreeing With Panday

Perhaps the weirdest thing was not Panday defending nepotism or ranting about how hard she had got, but that the rest of the table was just nodding along and agreeing with her.

I could see some of them were a bit skeptical like Geetika Vidya Ohlyan (Soni) but many of the others especially Saloni Batra were vehemently agreeing to Panday’s words.

Batra, in fact, was in full sympathetic mode and made it seem like star kids were perhaps the most marginalised and discriminated against people, and were the actual victim in this whole scenario.

Read More: FlippED: Does Glamorous Depiction of Historical Characters Distort Facts Or Make Them More Appealing To The Masses? 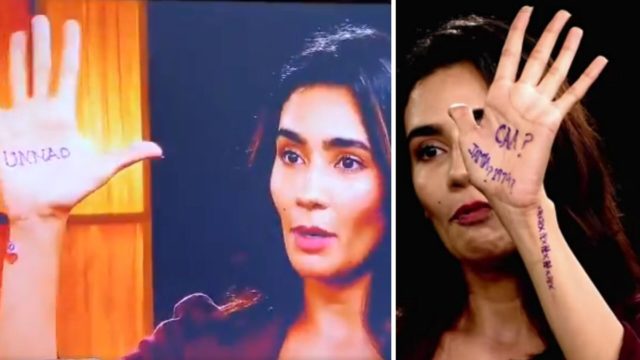 In the midst of all this hilarious nonsense, Geetika Vidya Ohlyan, a new actor who made her debut with the movie ‘Soni’ that released on Netflix last year, made a strong statement with just her hands.

Ohlyan had the words “Unnao,” “CAA” and “Jamia” written on the palms of her hands along with a vertical line of the hakenkreuz (which was essentially the Nazi symbol resembling the ‘Swastika’) and crosses drawn on her arm in pen ink.

In a time when most of the big actors are shying away from political comments or just use the convenient excuse of not knowing the matter fully, she commented on how she wishes that the Unnao victim gets justice and even brought up the topic of peace.

She said that, “I hope the victim gets… like the Unnao verdict is today… and I hope we don’t get disappointed more, and times improve and I hope we are kinder towards each other.”

Ananya Panday strikes again, this time when she actually with her whole chest called her father, Chunky Panday a big star back in the day. 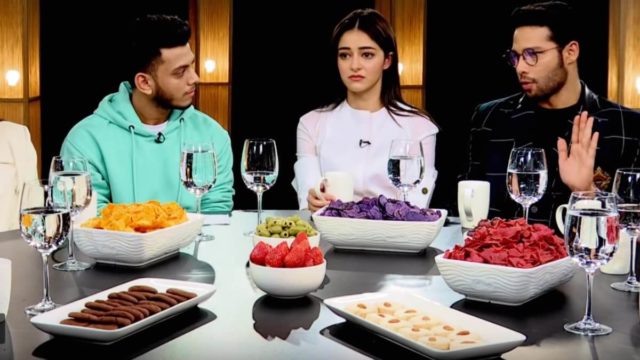 When Rajeev Masand asked about how the newcomers handle their new-found fame and not get swayed, Panday stated her father’s example and actually said that, “Before I was born he was this huge star…”

First of, I legit want to know when exactly was Chunky Panday a ‘huge star’ in Bollywood. The most notable roles I remember him from is one from Tezaab, some weird movie he did with Govinda and the best one, Akhiri Pasta from the Housefull series.

Ananya Panday actually quite bothered me during this interview, not just because she kept butting into other people’s answers and wouldn’t quiet down even if another was speaking, but also her weird attempt to copy Alia Bhatt.

From her accent, to giving examples of her dad and his ‘teachings’ etc all felt very reminiscent to Alia.

Frankly though, this entire interview felt quite boring and dull with repeated questions about nepotism, digital fame etc., but these few moments mentioned above were the saving grace of it and ones that actually made me sit up and take notice.

Campus Sriraj Singhania - January 12, 2022
Hansraj and Hindu are two of the most elite colleges in India and being a part of either college is a feat in itself. Most...