India has witnessed a watershed in the history of political rivalries with the age-old rivals Telugu Desam Party and Congress leaders joining hands to remove Modi from power.

It is almost like a political rebellion has begun against the saffron party, to “save democracy” as Chandrababu Naidu, the leader of TDP calls it.

Why Is This Shocking?

The Telugu Desam Party, or TDP as it is called, was formed by great actor NT Rama Rao, father in law of current TDP president and Andhra Pradesh Chief Minister Chandrababu Naidu in the 1980’s.

The only purpose of forming the TDP was to fight Congress and its corrupt methods of governance in the undivided state of Andhra Pradesh back then.

The first time that Rahul Gandhi and Naidu met was on Nov 1, 2018, when the alliance was disclosed to the media. Rivals of almost 3 decades have come together with the sole purpose of fighting against Modi in the elections next year.

The Alliance And The Revolt

Naidu and Gandhi plan to launch a country-wide alliance against the Modi government by talking to other state government leaders and opposition leaders to join in.

“All opposition forces are going to work together to defend India and its institutions. We are not going into the past. We are going to talk about the present and the future”, Rahul Gandhi told the media.

Both the big leaders named it a “democratic compulsion” to come together and remove Modi from power. Rahul Gandhi especially stressed on the corrupt motives of the Modi government.

Gandhi spoke about unemployment, alleged corruption in the Rafale deal, and said that it was clear that corruption was everywhere putting the public in discomfort.

Gandhi also said that he was aggressively pushing the investigation to find out how much of money went and to whom it went in the corrupt deals made my Narendra Modi and his cabinets with international and national institutions.

What Can We Expect From This Alliance?

Seeing that Naidu and Gandhi are planning to forge a unity among every political leader in the country against the saffron party, we can expect that the Modi government will face tough competition in the elections next year. 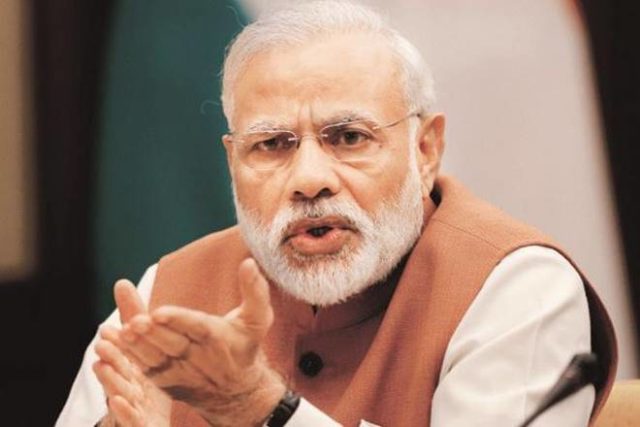 What will be the outcome of such a huge alliance still remains to be seen, but the mindset of Indians is certainly unstable in terms of voting for the right candidate.

It is not their mistake either, as they vote in whom they believe would bring the possible achhe din. But can any political party really bring those good days?

Naidu has also had meetings with Kejriwal and Mayawati during his Delhi visit late in October. We might witness another big political rebellion soon with such big meetings going on around the nation.

On a personal note, this news is shocking to me because I’ve heard stories of how the undivided Andhra Pradesh rose to power with the Telugu Desam party against Congress and tried to save the nation.

But now it is absolutely clear that politics in India is pretty messed up and politicians don’t generally bother about their party’s morals and principles when it comes to being in power.