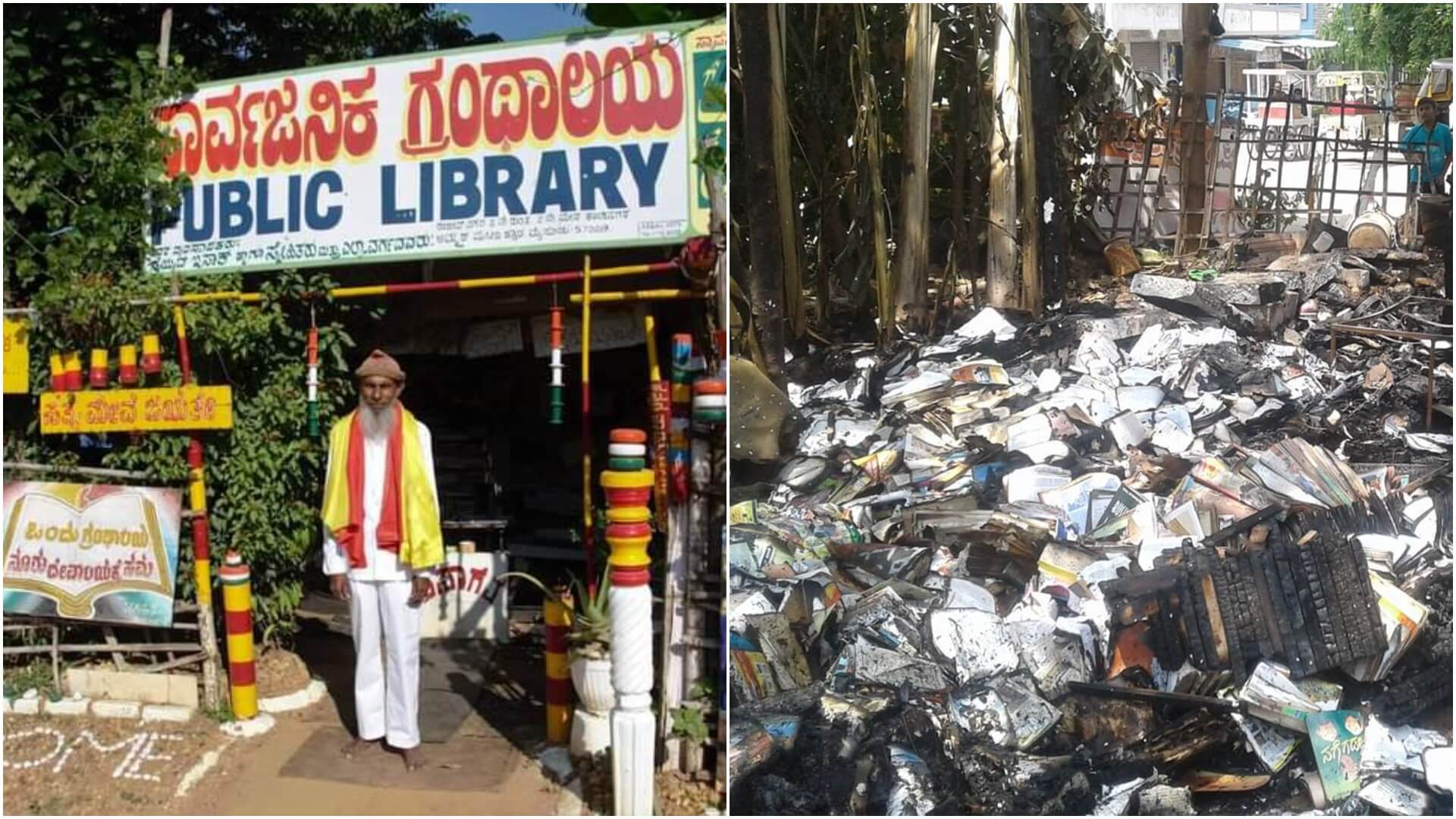 It is always nice to see people coming together to help out someone who might be going through a rough time.

The past year and so has only brought that to the forefront with many people doing acts of kindness especially with the world being in the clutches of a pandemic that doesn’t want to end.

In the midst of this, came the news of a Mysuru man whose library was tragically burnt down by some miscreants.

Syed Issaq a daily wage labourer had been running this public library in his locality for almost a decade now and was known around the area.

However, the people came together to help Issaq out during this tough time and lend him a hand whether offline or online. 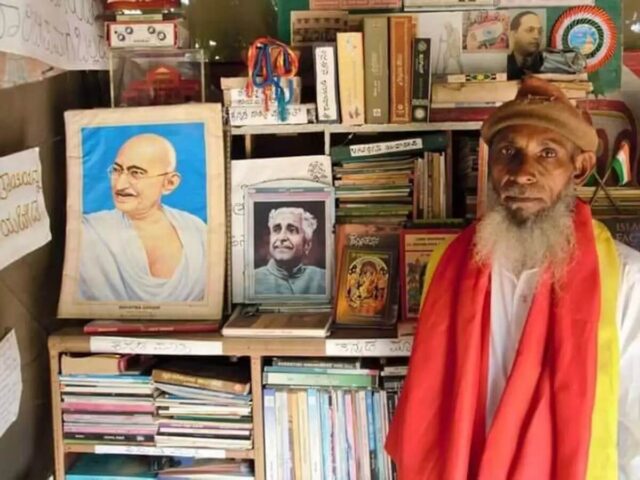 Syed Issaq is a 62-year-old man who works as a daily wage labourer but also runs a public library in the Rajiv Nagar Corporation Park slum near Ammar Masjid in Mysore city.

Issaq used to work as a bonded labourer at the Under Ground Drainage (UGD) and had not received any formal education. But nonetheless, he saved up around Rs. 6,000 from his jobs of cleaning drains and other odd jobs and opened up the public library in 2011.

The library just simply called “Public Library” was located around 140 kilometers from Bangalore and used the structure of a small tin-and-bamboo shed to house the books.

As per reports, although the library was on government land he never had much trouble from authorities who left him alone for the most part. This could be due to the fact that over the years he was attracting around 150 people every day to his library.

Issaq had started out his library collection with just a handful of books and newspapers, over the years it grew to over 11,000 books out of which there were 3,000 copies of Bhagavad Gita and around a thousand copies of the Quran and the Bible. Many of these books were donated by the public.

Issaq had set up this library to encourage local people to read more and he said, “The library was one of the rare places where one could find a copy of the Bhagavad Gita and the Quran next to each other.”

The operations of the library were pretty simple, Issaq would open it in the morning and then leave for his own day job. During the day people could take any book or newspaper from the library without having to pay any fees or deposit. 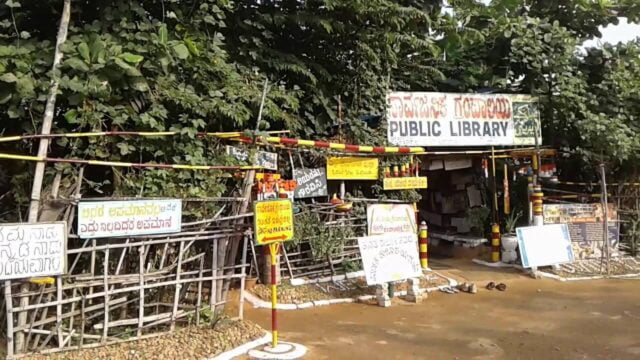 There were also no records or employees kept for the library. People would return the item taken from the library on their own.

In the evening, Issaq would return and close the library for the day.

It was all going nicely, until the current Good Friday, April 2nd, 2021 when some people set fire to the library.

As per an anonymous statement from a police officer “The incident took place at around 2:45 am. It looks like the work of some miscreants. We have registered a FIR against unknown persons based on Syed Issaq’s complaint and investigation is on.”

Issaq for his part said “It was in the wee hours of the morning when a man living near the library premises informed me that a fire had broken inside. But it was too late by the time I got there. I could do nothing but stand there helplessly as the flames only got higher and engulfed the whole building.”

The Udayagir police in their FIR have reportedly said that this is an act of “mischief by fire or explosive” and believe this could allegedly be the work of local goons who had previously tried to shut down the library twice.

As per Issaq, he thinks this was caused by people against the Kannada language, he said “Those who hate or dislike Kannada did this… There should be a library here. The education facility is very poor in this area.” 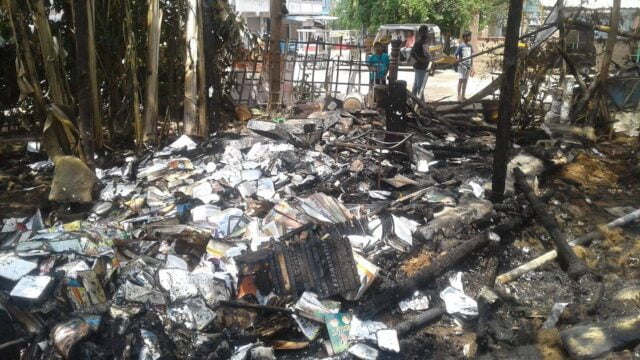 Heartbroken by the unfortunate incident, a crowdfunding campaign called ‘Help Syed Issaq to Rebuild his Library,’ was set up by a man called Misbah and they have already raised over Rs. 25 lakhs till now.

Issaq appreciating the efforts said, “With your support and contributions, I will rebuild the library and serve the people once again.”

There is another Facebook campaign being carried out by Muzaffar Assadi, a professor of Political Science at the University of Mysore. On 12th April he posted on his Facebook asking people to donate and courier books to Issaq so he can rebuild his collection quickly.

Issaq also said that he won’t let this incident bring him down, “Yes, the library has been burnt down, but my spirit hasn’t and I will rebuild it all over again. I couldn’t go to school or have the privilege of learning to read and write as a child, which is probably why I am so passionate about others learning to do so.”

Born In A Kachha Hut, Watchman Goes On To Become An IIM Professor