Indian culture has always valued women and placed them at a status of paramount importance. Time and again, women have been termed goddesses and referred to as Shakti, the female element of the creation of humanity, that further augments their value.

But for the past few generations, we have come to completely disregard the status of women, not only in society but also in our lives. Atrocities against women have become kind of commonplace.

At times when being a woman is extremely unsafe in major parts of India (especially the rural), when even the mention of a child born in the female spectrum is seen as treacherous, patriarchy has roots set deep within the hearts of all.

Girls have come to be valued no less than an object possessed by men, and this patriarchal mindset has become the major deterrent to all societies, small and large.

Amongst the chaos and conundrum, a village in Rajasthan has come under the spotlight for bashing the patriarchy.

Rajasthan’s Piplantri village has challenged not only the norms along which girls are treated unfairly but also their subordination under the hands of the blasphemous patriarchy.

A father’s initiative after losing his daughter has shaken up the entire nation and has left us wondering about the power a single person can hold to bring forth change under the most acute situations.

At that time, the hills had been stripped bare thanks to mining, the surrounding land had been severely scorched, and the foliage had been degraded to nothing.

The village’s condition was terrible and the mindset of girls seen as financial burdens was of no support either. Boys were valued tenfold since they aided their parents economically.

In 2007, Paliwal suffered a great ordeal with the passing away of his 17-year-old daughter. She died following a bout of dehydration, and this set the start of the gender-equality drive, albeit unintentional at that time.

Along with his family, Paliwal planted a tree near the village’s entrance to honor his daughter and her memories. Sooner than later, an idea struck him.

He thought about expanding this concept to other villages and areas to honor girls and spread awareness about how valuable girls are and how blessed parents are to have them.

Read More: 5 Rights For Girl Child In India That Are Truly Empowering

The Drive And Its Current Stance

Now, every time a girl is born in Piplantri, villagers come together to plant 111 trees, and mind you, this number is as auspicious as one can get concerning the Hindu religion.

These trees witness the honor that girls bring to the families and help regenerate the environment simultaneously.

Thanks to the well-thought and well-executed drive, Piplantri now has about 350,000 trees, from mango and gooseberry to sandalwood, neem, peepal, and bamboo covering the entire lands that were once barren and desolate.

A broader eco-feminist movement has emerged out of this initially-smaller plan.

Certainly, planting trees to honor girls is not enough for the movement. Hence the families, on being blessed with a girl, not only plant trees but also sign an affidavit.

This affidavit ensures that no girl of Piplantri is married off before the age of 18 and is devoid of her right to education and freedom.

Furthermore, all villagers chip in to create an FD (fixed deposit) for the girl worth Rs. 31,000 that is seen as an investment for her education and later marriage.

What’s more is that every August during the monsoon, the villagers come around for a special tree-planting ceremony that honors all girls born in the preceding year.

While grown-up girls are encouraged to tie the auspicious thread to the trees planted at their birth marking the festival of Raksha Bandhan, another part of the village has girls taking oath beside the Banyan tree to protect the environment.

“Historically, people from this region of [Rajasthan] are warriors who have never accepted defeat. And neither will we,” said Paliwal, going on, “In earlier centuries they fended off attacks, now we fight disease and pollution.”

When questioned, a local villager said, “Earlier they were considered a burden. Now we don’t think that way. We have no particular desire for sons. It was a small village. We worked hard, we made it special. And this way we get employment and income, too.”

One Step For Man, A Giant Leap For Mankind.

Of course, it takes one bold, brave, progressive person to set an example and spearhead an entire nation towards a common goal for the greater good. 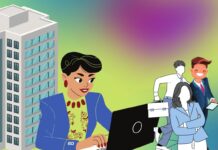