Born in Varanasi in the 15th century, Kabir Das was a mystic poet who found his inspiration from different beliefs and never conceded to a singular identity. He belonged to lower-class of weavers and was critical of both Casteism, Hinduism and Islam.

His birthplace is still unknown; some claim that he was born into a Muslim family of weavers and others say that he was a Brahmin who was abandoned. Either way, Kabir Das grew to become equally hated and loved by both the communities for his secular and egalitarian views. He criticised the Vedas and the Quran in his writings and encouraged the path of righteousness and selflessness. However, he never abandoned his devotion to God.

While we continue to live in a world where religion still instigates violence or deep-divinity in people, Kabir Das’s ideas remain relevant. Many writers, poets, and artists have sought their muse in Kabir Das’s works. Rabindranath Tagore translated hundreds of Kabir Das’s poems into English and compiled them into a book called One Hundred Poems Of Kabir Das. 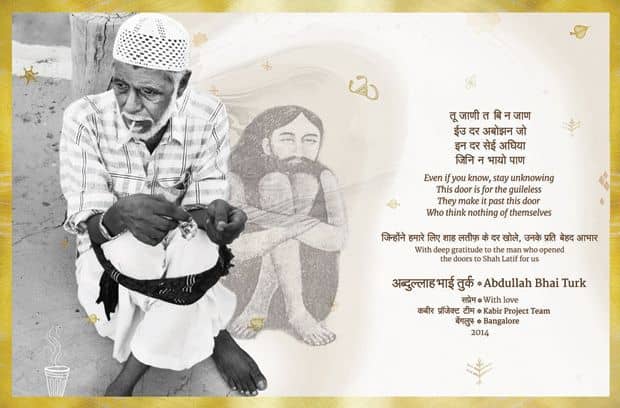 Many scholars believe that most of the poems in the collection belong to the Bhakti Movement of the 13th century, from which Kabir himself discovered his moral principles and ideas. The Bhakti Movement pioneered a radical change in visions of the people at the time. It consisted of thinkers who wanted to eradicate the caste system and rewrite the scriptures in local languages to make religion accessible to everyone.

In this context, the works, efforts, and initiatives of the two artists – Shabnam Virmani and Vipul Rikhi – become vital as they are his contemporaries of today’s time. They are resurrecting and reading Kabir’s works and making it more accessible to the laymen.

The revival and maintenance of ancient art and works are necessary to keep the heritage of our history alive. Hence, it becomes very crucial to appreciate and encourage the efforts of such artists.

This project was initiated in 2002 by Shabnam Virmani, an Indian filmmaker and professor at the Srishti Institute of Art, Design & Technology in Bangalore. The project is housed there, and it is a junction where different artists, including Vipul Rikhi who is the writer and translator of Kabir’s poems, work on compiling and reviving Kabir’s works.

The project explores and documents the spiritual and socio-politically relevant undertones in poetry and songs of not just Kabir, but also the traditions of Sufi, Bhakti and Baul.

Fascinatingly, Shabnam Virmani also sings and spreads Kabir Das’s message in various national and regional cultural events. The following is a video from Jashn-e-Rekhta, a three-day festival in Delhi that celebrates Urdu culture.

Vipul Rikhi has translated and authored several books, consisting of translations from the Oral traditions – One Palace and A Thousand Doorways. His contribution towards the Kabir Project has culminated in a digital archive by the name Ajab Shahar. He has also sung in various performances. The following video is a collaborated performance with Virmani.

This archive not only includes literature but also stories and reflections from the lives of real people.

Also Read: How Manusmriti Was Single Handedly Responsible For Degradation Of Women In Indian Society

It includes episodes from the documentary film Chalo Hamara Des, in which Virmani interviews two different people who celebrate Kabir Das’s – Linda Hess, an American scholar and Prahlad Tipanya, an Indian performer – to emphasise the cross-cultural significance and transcendental nature of Kabir’s poetry.

This following video is the opening sequence, which explores the story of Tipanya from Malwa, Madhya Pradesh, who expresses and plays Kabir Das’s poetry. One can learn more about it from the archive, as mentioned above.

The project has also been awarded Sadbhavana Award by the Vishwagram Trust in Mahua, Gujarat in June 2017 and the Chishti Harmony Award, New Delhi in December 2013. 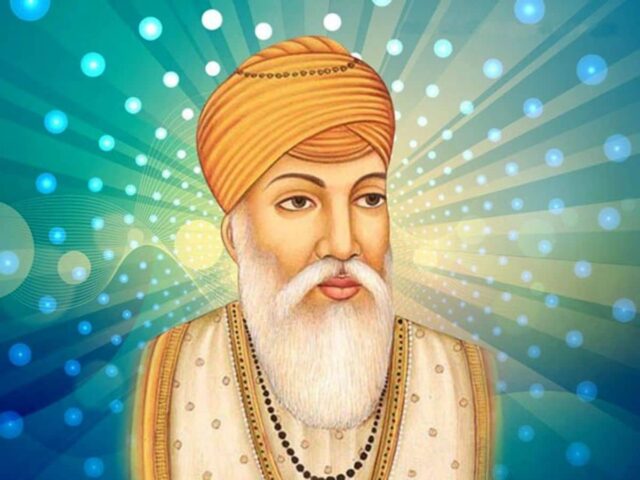 However, it is more important to note the significance of cultural revival through identification, creative collaboration, and scholarship that emanates from ideas rooted in our culture and are still integral to society’s betterment. As history goes, Kabir Das was finally accepted by both Muslims and Hindus after his death, making him the ultimate interface for peace between opposing groups of people.

What Evils Did These Writers See With Post Partition India Which Made Them Question Independence?