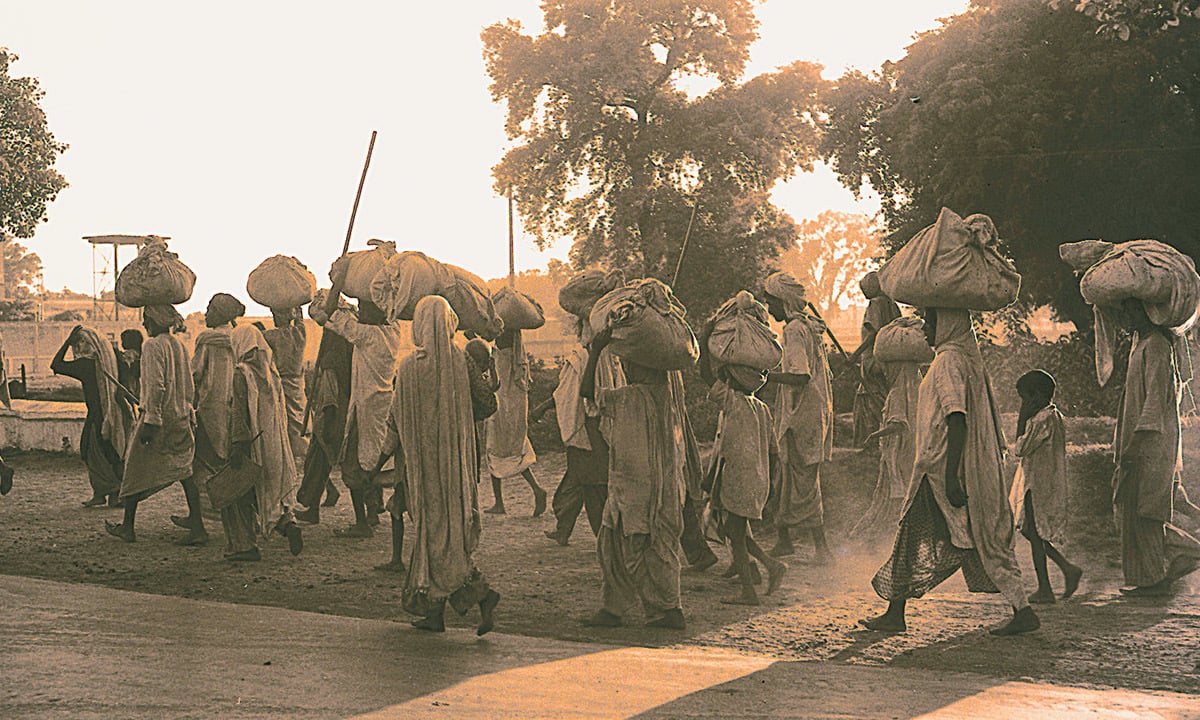 After around 200 years of subjugation under the tyrannical rule of the British Empire, the hard-earned Independence India gained in 1947 was an occasion of celebration and jubilation.  The blood and sweat of each and every person that went into the Independence struggle brought about our freedom.

But, we all know that this came at a cost…a very heavy one indeed. The Partition was perhaps one of the largest state-forced migration of people. Several thousands lost their lives, were separated from their loved ones and their birthplace, in addition to undergoing unspeakable horrors.

Have a look at the writers who viewed at the lesser instated horrors that ‘Independence’ brought along with it: 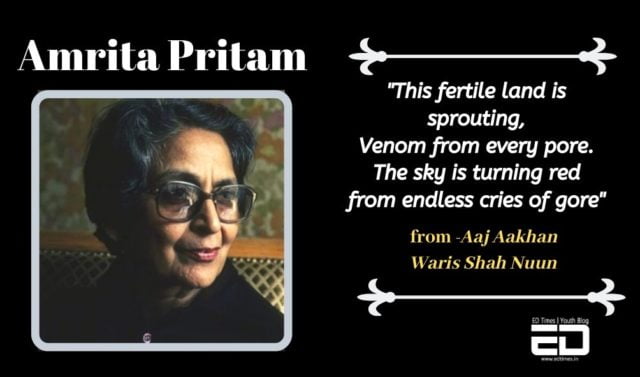 Born in undivided India, Pritam could never gulp down the occurrence and the destruction of Partition. For a long time, she believed that the riots would subside soon and not culminate into something as Partition.

The experience of migration and the communal violence that she saw was very different from the unpartitioned India she was born in, where there was a “tehzeebi rishtaa” between the two now estranged communities.

Some of her best works on Partition include- Pinjar, Aaj Aankhaan Waris Shah Nuun and her autobiography ‘Rasidi Ticket’ (Revenue Stamp). 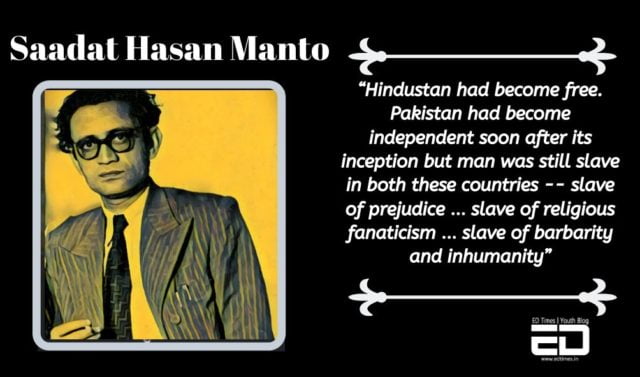 Manto was born in Ludhiana and closely associated himself with the soil, culture and people of the country. The growing rift between Hindus and Muslims left him disturbed. Despite his reluctance to leave his motherland, he was forced to migrate to Pakistan, where he spent rest of his life.

Manto’s writings are moulded around the shared history of the two countries, and the gruesome mental, social and physical trauma that ‘Independence’ brought along with it. A touching line from him goes as-

“We’ve been hearing this for some time now — Save India from this, save it from that. The fact is that India needs to be saved from the people who say it should be saved.”

His most moving works include- ‘Toba Tek Singh’, ‘Thanda Gosht’ and ‘Garam Hawa’.

Also Read: Chhapaak’s Viral Meme – ‘This Could Be You Par Tu Maan Gayi’ Mocks Women And Stinks Of Rapist Mindset 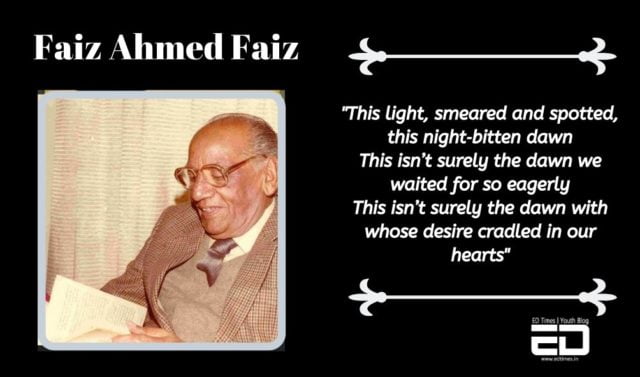 Faiz’s writings have been in headlines for quite some time now for their alleged provocative lines. But a keener knowledge of Faiz will tell one that he was an acclaimed poet, not just in India and Pakistan, but worldwide. Among several awards, he received the prestigious Nobel Prize and the Lenin Peace Prize.

His persona and his works remained fearless till the end of the days and he challenged the authoritarian regimes on a universal level.

The must-read poems by him are- ‘Subha-e-Azaadi’, ‘Bol Ke Lab’ and ‘Hum Dekhenge’. 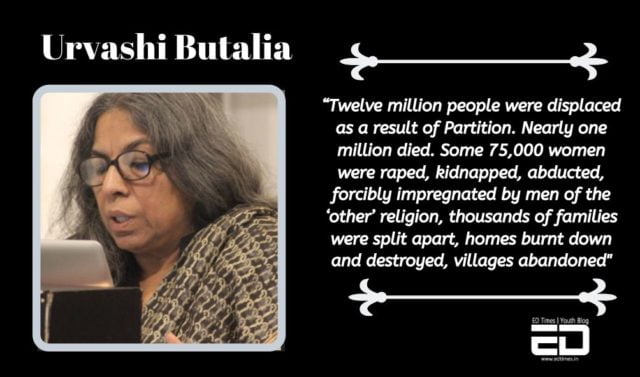 A renowned feminist, she is known for establishing ‘Kali’, India’s first women’s publishing house. She calls the Partition a “living history” and compares it with the Holocaust.

In her notable work, ‘The Other Side of Silence: Voices from and the Partition of India’, she presented several interviews of the people and kin of people who survived the Partition and she also rethinks what significance ‘Independence’ holds for them.

Her major book is- ‘Speaking Peace: Women’s Voices from Kashmir’. 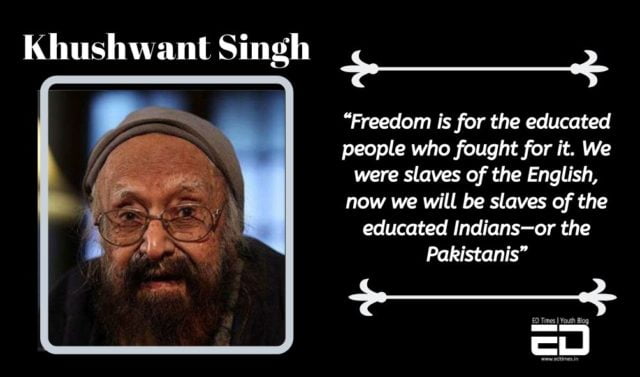 An illustrious figure in the literary sphere, Singh has also been awarded the Padma Bhushan and the Padma Vibhushan and was also a Rajya Sabha member.

Singh’s ‘Train to Pakistan’, his best novel, describes the suffering of the people who were forced to leave and flee their homes overnight at the stroke of midnight. He presents the Independence narrative from the perspective of the common masses rather than the ruling class.

Among his other well-known novels are- ‘Why I Supported the Emergency and ‘Delhi: A Novel’.