The main aim or goal of education was to make individuals and society better but this does not seem to be quite happening. In a rush for education, no one considered the question of why education was needed? 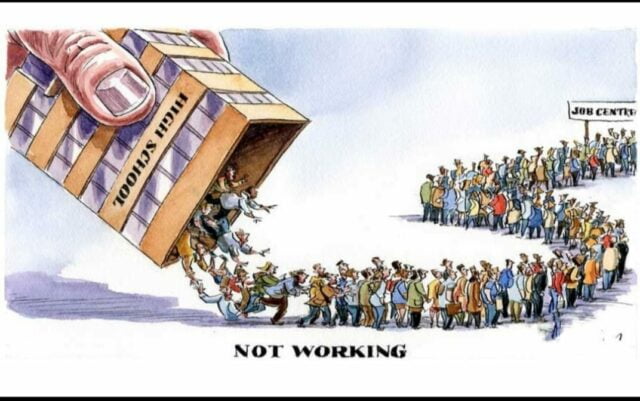 Indian youth is now facing a major crisis that is ‘educated unemployment’ and underemployment. This happens when an individual cannot secure a job in the field of his choice, despite holding the relevant degree for it. He is willing to work at the prevailing wages yet is unable to get a job. Indians think that finishing school and college will land one a job, but things are not that easy. The quality of education and knowledge that was acquired during those years are put to the test. Mugging up textbooks will not help in understanding practical skills.

According to reports, 2 million graduates and half a million post-graduates are unemployed in India. Interesting thing is that the unemployment rate increases with the level of education. At primary levels, unemployment is 3.6%, which increases to 5.2% at matriculation. It rises to 8% at graduation and further to 9.3% at the postgraduate level. 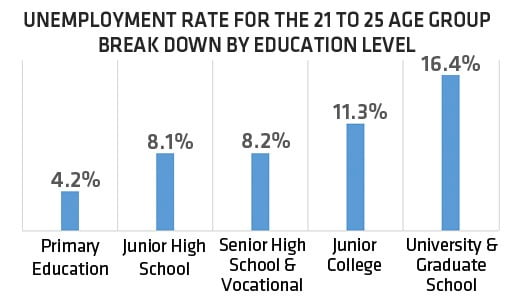 The majority of unemployed youth are from the Arts and Science streams. Surprisingly, the percentage of unemployment increases with higher qualifications among Art students. 39% of Arts graduates are unemployed and it increases to 49% among the professional degree holders. Frankly, these reports are just scaring me now. 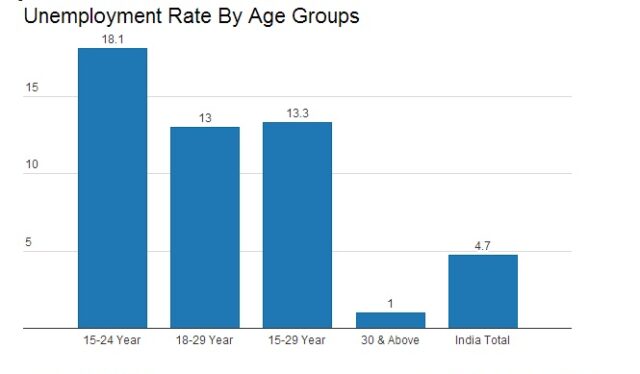 Coming to the Science stream, the unemployment rate is more among engineering post-graduates than among ordinary graduates. It’s just the opposite among Commerce graduates. 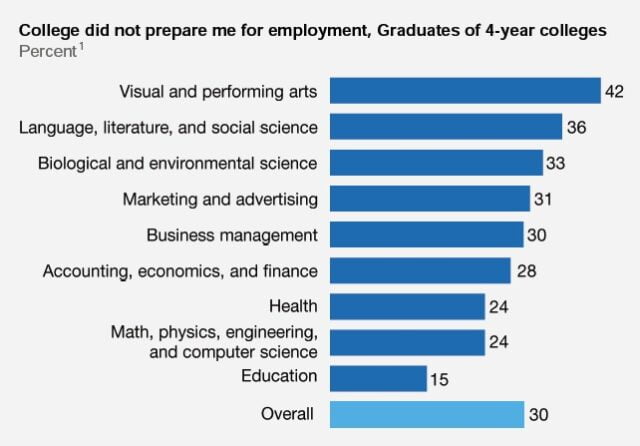 Not getting a suitable job is faced more by the urban youth (48%) than rural (46%). They have a craze for ‘white-collar jobs’, but no proper vocational guidance. Youths while choosing a career keep only one thing in mind and that is earning money.

They don’t choose a profession for which they possess the right skill and aptitude. This leads them to fail as they can’t cope with the workload and stress, turning them into criminals to earn quick money. They have to eat one way or the other. 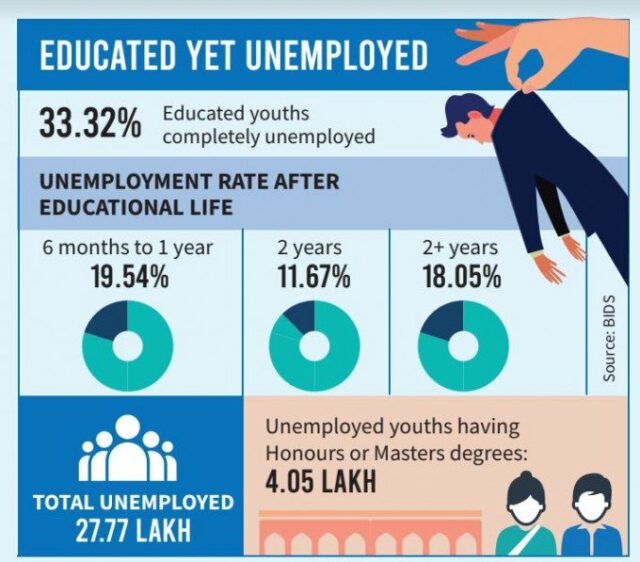 It is sad to see young people who have devoted a good ten to fifteen years of their lives to complete their education and earn a proper degree stand in long queues outside the employment exchange office. Making them feel as if they have wasted their time.
Australian academic Craig Jeffrey had done research in northwest Uttar Pradesh.

His book, appropriately titled Timepass, was focused on unemployed uneducated young men and rich farmers. He did a great amount of fieldwork, went around asking questions. He met a group of men, who were all graduates from the University of Jabalpur. He was surprised to find out not even one of them was formally employed.

A few of them expressed their views.

“We all did our graduation in engineering. But there are no engineering jobs here for us. We will have to move elsewhere to find employment,” one of the men in the group said.

Engineering education in India can be well described as: Become an engineer first, figure out what to do with your life later. 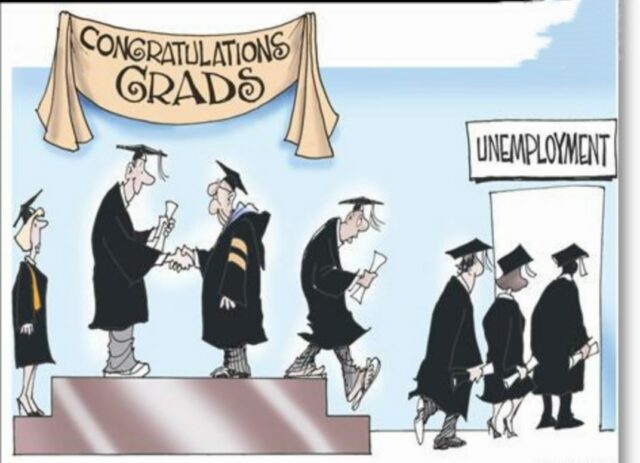 The teachers are no less, one of them who teaches these college students said that he took up teaching just because he was not able to get any other job that he had applied for.

A twenty-five-year-old boy from the group said “I only have money to buy snacks. I can watch movies at the cinema hall occasionally. For most other things, I have to ask my parents for cash.” A guy his age should not only have a stable income but also be able to help his parents out. 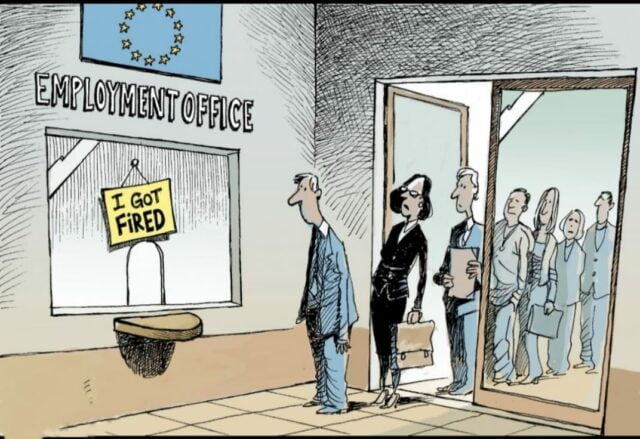 “Being an engineer doesn’t mean much. I wish I had applied for a government job instead. I would have at least had a stable income and been able to provide for my family,” said another. 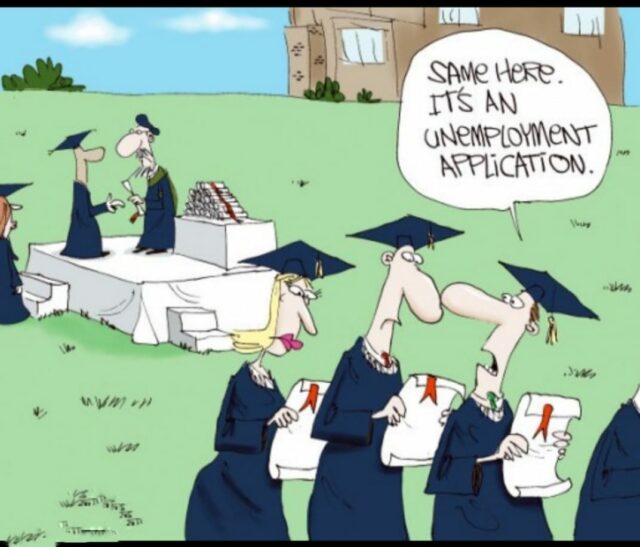 Reasons For Educated Unemployment In India

More like overpopulation, this has been a cause of several issues. With a population of 1.35 billion, meeting the demands of everyone is not possible. Every year there is an increase in enrollment for higher education by 8-9% in India. The main problem is there is no rise in opportunities. 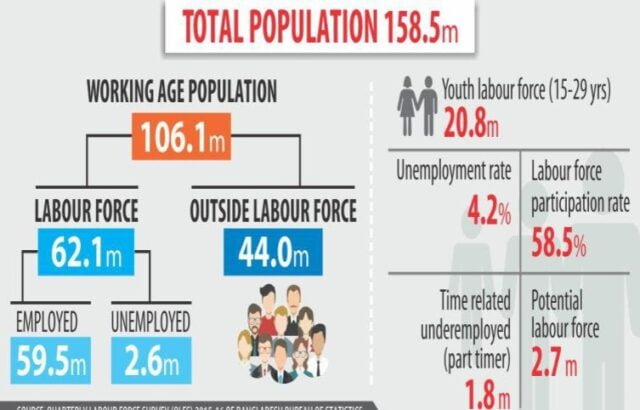 The supply of graduates is more than the demand, this gap widens more during a recession.

When Indian educational institutions are compared to the ones outside the country, it’s clearly visible how extremely flawed the teaching methodology is.

To name a few, there is a lack of basic infrastructure, the curriculum is outdated, inferior teaching resources, students are not trained to meet the needs of the economy or understand the subject to its core rather they are told to cram up the syllabus and get the right grades. 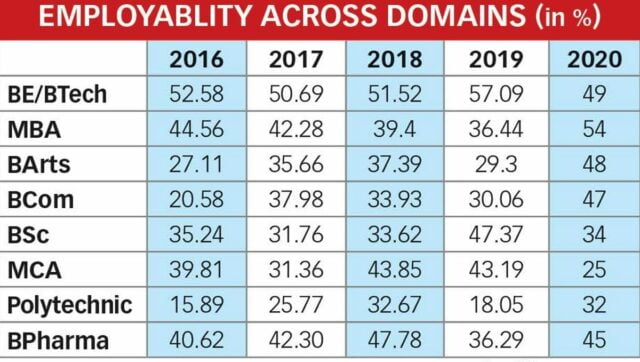 The education system has become a means of business for most. With fees skyrocketing, youth are left at the mercy of government colleges where the education is substandard compared to the private ones. 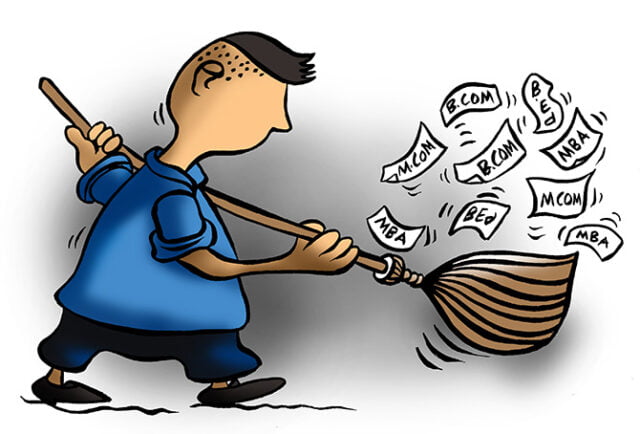 This leaves the youth with an absence of relevant skills. Several graduates are not even fluent in English.

A report states that 48% of urban youth face the problem of getting a suitable job. And the 38% employed, are dissatisfied with what they have due to low salary. This also shows the lack of proper working conditions. 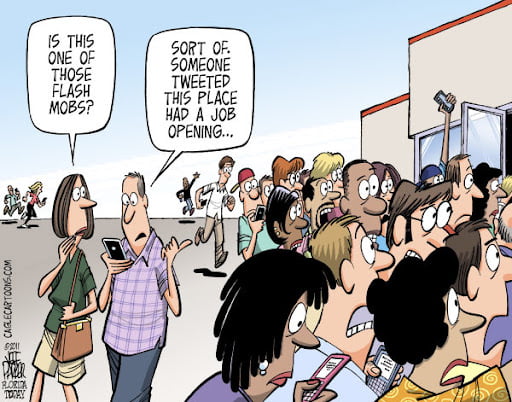 Lack of decent remuneration, especially for youths in the fields of engineering and legal studies. Companies and lawyers fail to adequately compensate their fellow employees and juniors. 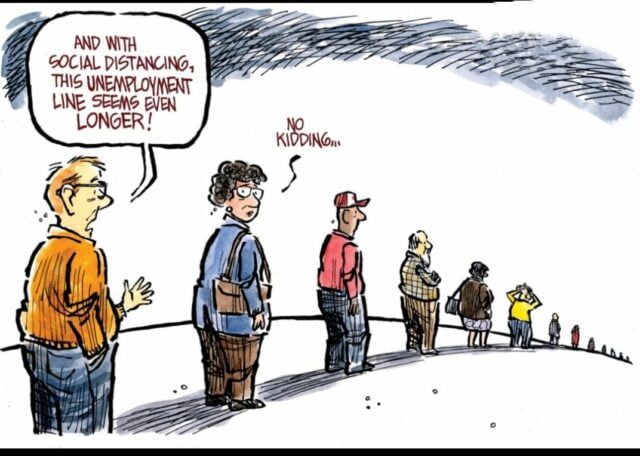 Also Read: Do You Make More Money In Jobs Or Business As Millennials?

“Educated unemployment” is a crisis that defines millennials in this country. In 2018, an interview was aired on Zee News with Prime Minister Modi and anchor Sudhir Chaudhary.

The Prime Minister was asked a question related to the job crisis in India, to which he replied, “If a man selling pakoras outside the Zee TV office takes home Rs. 200 at the end of the day, is that not employment?” 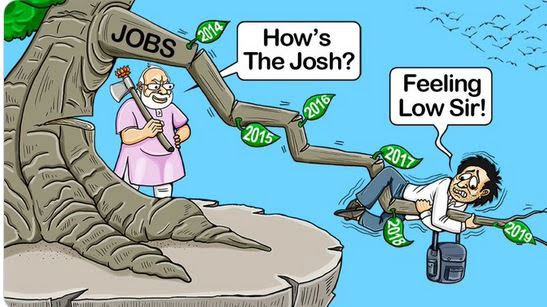 He was completely off the mark, to this, the Congress party said that if frying pakoras is classified as employment, begging should be included as well.

Modi’s response was disrespectful towards India’s aspirational and educated millennials. If the nation leader himself believes that frying pakoras for Rs. 200 can be qualified as employment, this country will never break out of poverty. 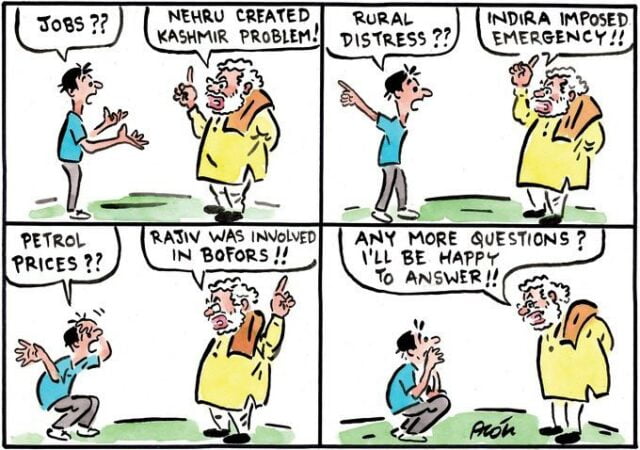 There exists a huge financial and economic anxiety among millennials, particularly among those who need to support their families. Young couples not only struggle to fulfill their dreams but also to put two meals on the table.

The United Nations Development Programme estimates that India needs to create nearly 300 million jobs between 2015 and 2050. These jobs cannot be frying snacks at the side of the road or begging. 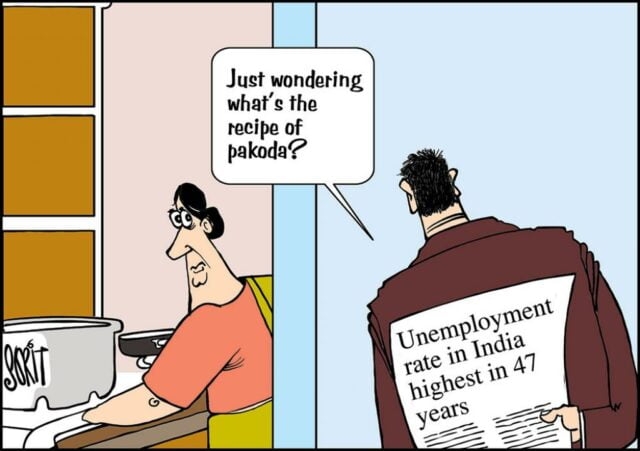 Educated unemployment has always been the center of all government discussions. The only way to overcome this is by actually implementing the existing laws that are focused on employment and unemployment, wages should be regulated, private sectors should be made more organized, educational institutes must fix their fees, and skill development initiatives should be undertaken by the ruling government more seriously.