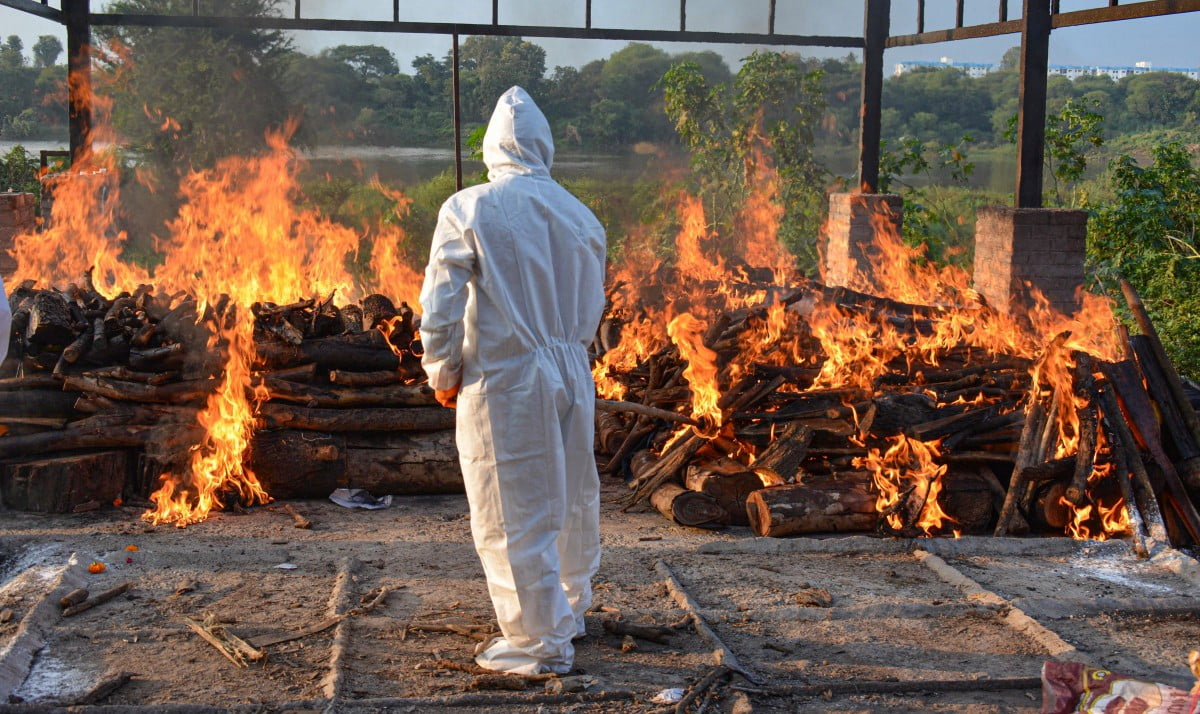 India has succumbed to an ever-broadening cesspool of mortality, as with each passing day we get reminded of our mortality and how a microscopic virus can change the most minute details of our seemingly ordinary routine.

The conundrum caused by the COVID-19 virus has left the entirety of the Indian hinterland gasping for air. According to data from the 24th of April, new cases of the virus had reached a staggering number of 3,49,691, the highest since the virus spread in 2020.

Coupled with that, the government’s seeming lack of empathy for the common masses has also arrived at the forefront of affairs.

What still petrifies me beside the majority of the Indian populace is the lack of awareness concerning the virus. The government, in all its administrative capacity, failed to make anybody aware of the second wave gaining ground.

The lackadaisical handling of the pandemic in recent times has given rise to the belief that the government never believed in the emergent virus.

When Did The Second Wave Start?

In January, at the very turn of the new year, the world that we saw and held close to ourselves was one that had distanced itself from the virus. This world grasped the idea of the world free from the virus at the very onset of the year, and India followed suit.

Masks flew off their faces and most had forgotten the very concept of social distances. To be fair, the only thing that even reminded me of the pandemic was the incessant tune of the pre-recorded woman on the phone speaking at a supersonic speed.

The government and its supremo saw the declining rate of the infected and averted their eyes from the deviously obvious signs of an incoming surge of another wave of the virus. Unfortunately, the Prime Minister had more pressing tasks at hand. Most importantly, he needed to know how to win the Bengal elections.

“We kept warning that the pandemic was not over but no one was listening,” said Rakesh Mishra, a senior principal scientist, and director of the Hyderabad-based Center for Cellular and Molecular Biology.

Also Read: This Series Has Shown A Firsthand Fictional Account Of Doctors On The Frontlines Of COVID-19

This provided impetus for the virus to mutate to insurmountable degrees for the government had not prepared itself for such severe and immediate effects of the pandemic.

It had already been discovered by January that about two three variants of the virus had been discovered, according to certain other media sources. Certain strains being undetectable under even the most stringent of check-ups.

Thus, by the second week of April, India had started heading towards the proverbial gates of hell and would have entered by now if not for two major supports- the masses and Kerala.

A Political Pandemic And What It Means For Us

Honestly, I could be over with this entire section in a flash considering the fact that a political pandemic means nothing but doom for us. However, I will try to elucidate. The pandemic’s second wave comes at a time when about five states in India have their Assembly Elections.

The elections in Bengal had already been declared as the most important election in India since forever. It had become a matter of do or die for the BJP and TMC supremos, and BJP had to gain ground.

Thus, BJP pulled off what they did in Bihar. They promised free vaccines for all if they succeeded in winning seats in Bengal. The stench of greed and hunger for power had already reached the nasal senses of the masses.

The Central government, taking the guise of their party, had chosen to provide the masses with a certain something that they should have by default provided for free.

By March, about 1.7 million doses of the vaccine had been exported to other countries, some by obligation and the others as a form of diplomacy. It never stopped at vaccine diplomacy, however, the government had also increased their export of oxygen by 734%. With a collection of awful executive decisions, many people now find themselves in a situation when most hospitals were stuck with mere minutes of sparse oxygen.

The Bihar fiasco caused by the majority party is also a matter of the extremely conceited and conniving form of politics that uses the public’s expectations as a tool. The BJP in Bihar had promised to deliver the citizens there with free vaccines if voted to power.

Upon being voted to power, the suffering of the masses was no more than a mere display for them. The supremos sparsely cared. Empty promises were all that the people had for hope.

With no alleviation in sight, and the government putting up a gargantuan barrier in the form of administrative interference, even when the common masses have sought to help one another out.

In a country where a Chief Minister goes above and beyond to seize a citizen’s property on the pretext of them making others aware of the virus, there’s not much one can expect. However, with the complacency of the government dawning by the minute, I am glad to be here amidst citizens who have taken it upon themselves to lend that one helping hand.

Wishful thinking is a thing of the past now. Only action will help us survive.