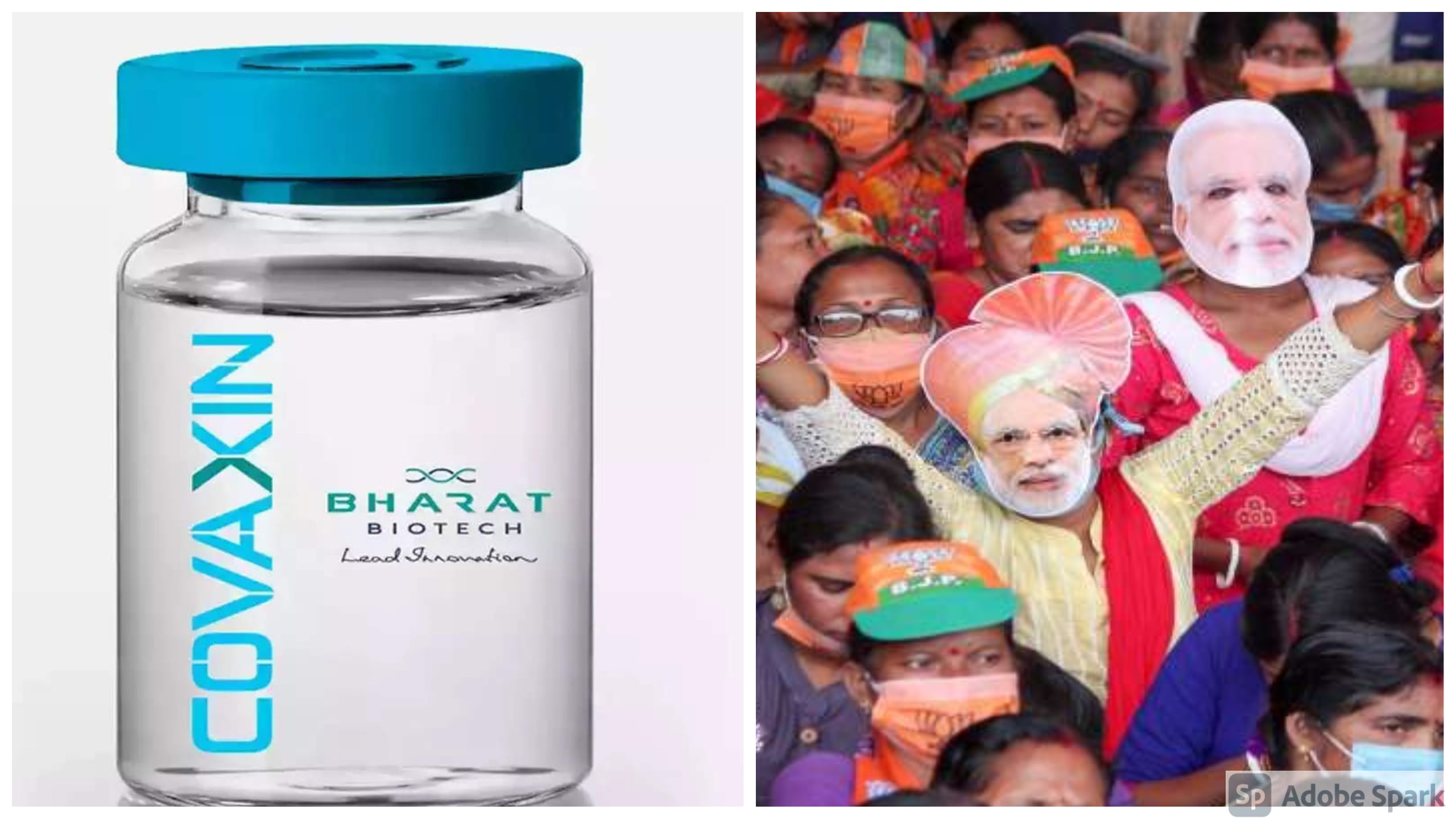 At the turn of the new year, the Indian government decided that it would promote the indigenous Covaxin by sending it to numerous countries for the purposes of diplomacy.

Owing to commercial agreements the Serum Institute of India had made to produce the AstraZeneca vaccine, they had to supply the poorer countries with 3$ shots. This agreement took place so as to balance out the world’s healthcare imbalance.

The agreement thus resulted in the Indian Prime Minister’s face being plastered everywhere, hailing his innate talents of diplomacy as revolutionary.

With international aye-sayers praising the man’s idea of making the world all the more inclusive, without knowing the entirety of the story, the Prime Minister increased the number of lots ascribed for export.

However, these decisions were never made to help the common citizen but to help the incumbent government with figures and statistics that ultimately boil down to Modi’s hubris.

At present, as India faces the second wave of the virus, the condition of the people worsens by the day. According to the data from March 24, the government had exported 60 million doses to 76 countries, while the citizens suffered with only 50 million doses provided.

This begs us to ask the questions that should have been asked of the government the moment they came to power – acche din kab aayenge?

The Government’s Vaccine Diplomacy And How It Failed Its People

The immediate requirement for the domestic populace was gargantuan, to say the least. However, the government failed to heed the hue and cry of the people.

Beyond the necessary arrangements made concerning the virus’ spread with social distancing norms and an entourage of ‘events’, the government, of late, had forgotten about the virus.

The seemingly harmless use of vaccines as a form of diplomatic weapon was perceived as a masterstroke in the field of politics. As the Canadian Prime Minister, Justin Trudeau, had said;

“If the world managed to conquer COVID-19, it would be [because of] Prime Minister Modi’s leadership in sharing [India’s manufacturing] capacity with the world.”

However, what this statement also measures is the government’s complacence when it came to handling the COVID situation on ground zero, as many a family found themselves facing the brunt of the virus.

The daily cases which had been limited to 12,000 on the 1st of March, had risen to 100,000 by the 1st of April. Nobody from the government chose to heed the situation at the very onset.

The Bengal elections had received the utmost importance, with each rally being attended by oceans of people. None wearing masks.

Also Read: COVID-19 Warriors Dance In Front Of Patients To Encourage Them To Keep Up The Fight

To be fair to these people, why should they wear masks?

When Amit Shah, the Home Minister, goes strutting about with not a care in his mind of being infected without a mask, people follow suit. They shall follow their master until death.

From the very beginning of the pandemic, it was seen as a fact that Narendra Modi, the Prime Minister, had taken upon himself the onus of fighting the virus the only way he knew how to.

He came up with the most ludicrous of events that sought to raise the morale of the citizens in the face of the virus’ growth. This disguised itself as the primordial example of the “Acche Din” while the migrants sought their way home.

They were not being paid their salaries, they were being made to overwork, and the work conditions were dreadful, to say the least. Thus, what stands as absolute truth is that the government never cared.

Now, as we have moved into the second wave of the dreadful virus, the first call of the Prime Minister was to announce a “tika utsav” or “vaccine festival”. This was a commendable solution to the pandemic.

However, the damage had already been done. The cases of the virus were ever-increasing, and the last thing the citizens wanted was another “festival” on their account.

Throughout my life, I had expected my government to care about its citizens, to at least shed a tear or two for them. However, it took me some time to realize that the incumbent government was more adept at saving face rather than doing actual work.

Maybe they will get some work done if we carry cameras around for the Prime Minister.

How We, As People, Are Responsible For Breakdown Of The Healthcare System In COVID-19 2nd Wave