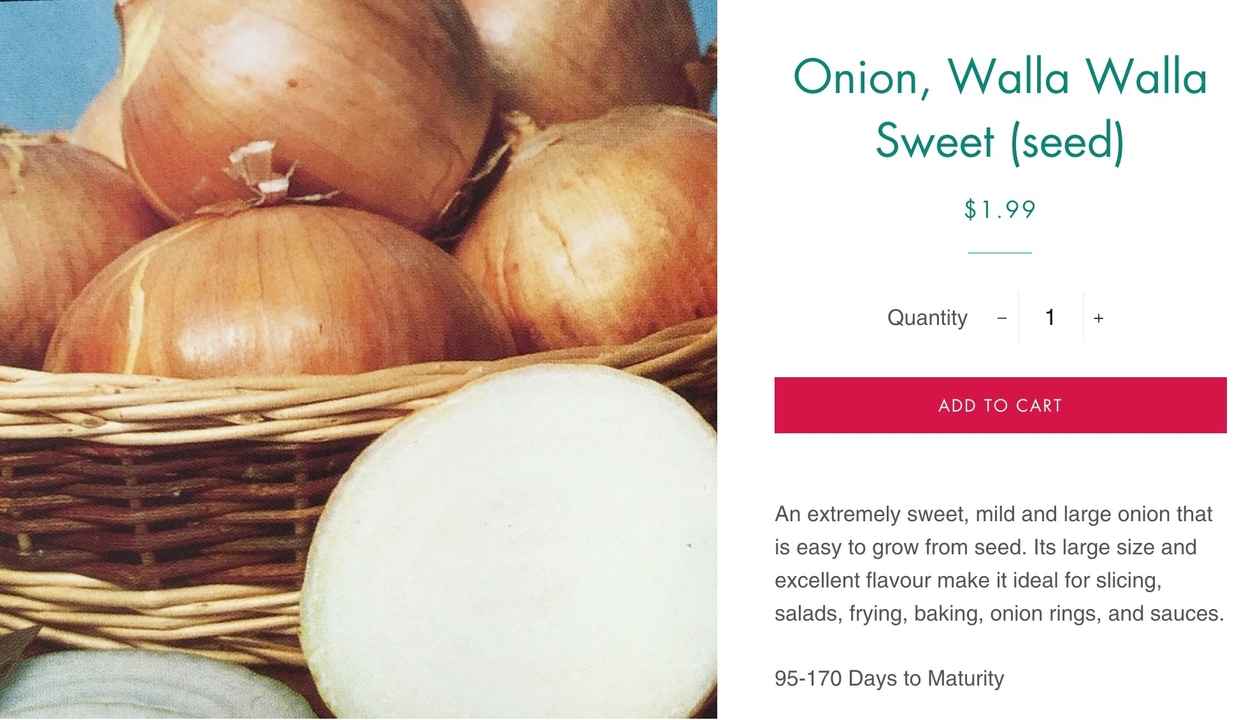 Onions are a quintessential part of most kitchens in the world, but Facebook apparently considers the vegetable to be far too explicit to be featured on its site.

An onion, of all things, was a point of conflict for Facebook, leading it to flag and ban an advertisement featuring the widely consumed vegetable for being a ‘product with overtly sexualized positioning’. 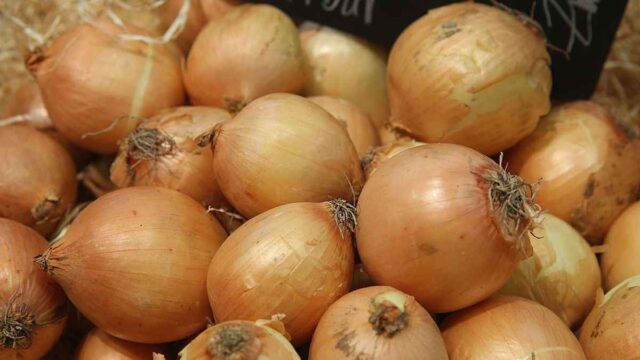 When Jackson McLean, a manager at The Seed Company, which is a Canadian store, set out to advertise Walla Walla onions on Facebook, he didn’t expect the onions to be a cause for concern against the advertising guidelines of Facebook.

After posting an advertisement for Walla Walla onion seeds on the social media site, the company was surprised to find out the next day that the ad was flagged and taken down for being objectionable. 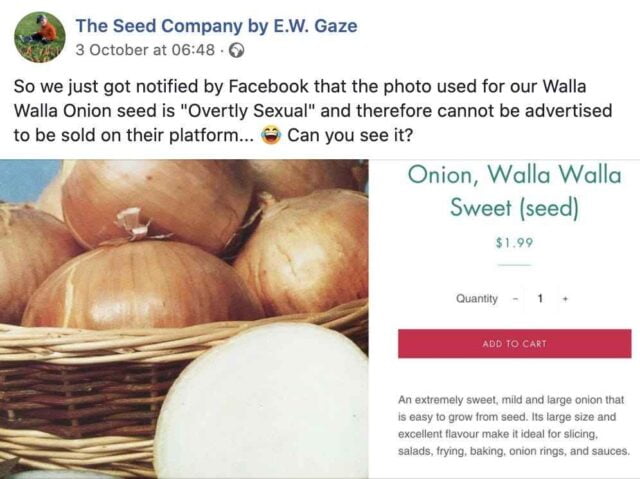 After discovering the snafu, the company took to Facebook and said, “So we just got notified by Facebook that the photo used for our Walla Walla Onion seed is “Overtly Sexual” and therefore cannot be advertised to be sold on their platform.”

“We got notified the other day that it’s an ‘overtly sexual image’ that they had to ban from the site. I guess something about the two round shapes there could be misconstrued as nude in some way,” said McLean.

The company was digitizing its stock listings to make buying easier in the coronavirus pandemic. After the news of the rejection of the onion ad spread, the Walla Walla sweet onions started selling a lot, with the store reportedly selling more onions in 3 days than it did in 5 years.

“We use automated technology to keep nudity off our apps, but sometimes it doesn’t know a Walla Walla onion from a, well, you know,” said a representative from Facebook.

The ‘you know’ in question refers to human breasts. Facebook’s advertising policy maintains that ‘listings may not position products or services in a sexually suggestive manner.’

Well, after this incident, many users were reportedly doing exactly that by posting pictures of pumpkins, carrots and garlic.

This isn’t the first time the social media giant has come under fire for its guidelines for uploads on the site. In 2016, a Pulitzer prize-winning photo of a ‘napalm girl’ was deemed inappropriate and removed by the site. However, after a global outcry, the photo was reinstated.

While the Walla Walla onion ad has been restored and Facebook has apologised for the mistake, perhaps the company should try focusing more on divisive content on its site that has allegedly played huge roles in political elections around the world and leave onions and other round vegetables alone.

Health Misinformation On Facebook Was Viewed 3.8 Billion Times In The Past Year Leading To More Dangers To Public Safety