College exam centres do not allow any bag, phone, wallet or anything inside the actual exam hall.

Often you leave them out in another classroom, or with the guard, or if its available, in your friend’s car.

Apparently, the latter option is considered to be the safest, since it being a car with a lock and everything, your belongings are supposedly safe from any harm.

However, that might not be the case, as this student from IP University recounts her story of having her and her friends’ phones, bags, wallets and more all stolen while they were giving their exam at the college. 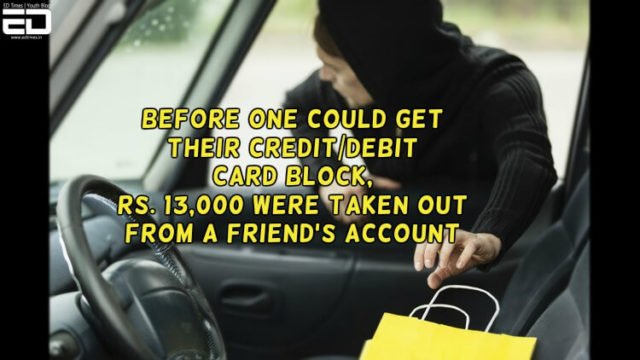 The incident was brought to light by Samviti Bhardwaj an engineering student from IP university, who is currently giving her semester exams.

On 30th April 2019, she posted a number of images on her Instagram account recounting the entire ordeal that she had her friends had to suffer. 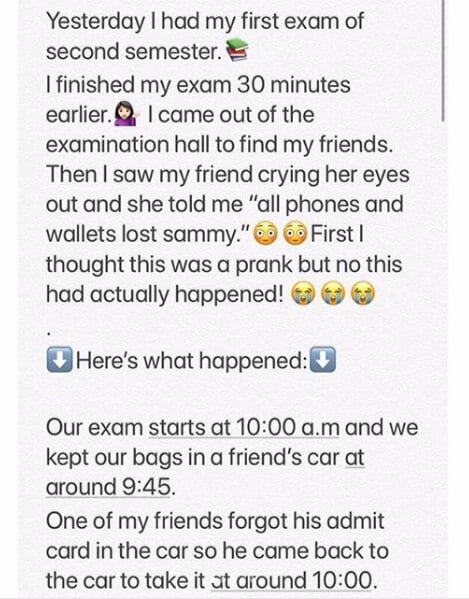 Basically, within 15 minutes of the students storing their bags and other essentials in the car, it was all stolen.

Also, one of her friend had already noticed that a robbery at the car had happened, when he went to get his admit card from his bag, but did not want to alarm the rest since nothing could be done at that moment. 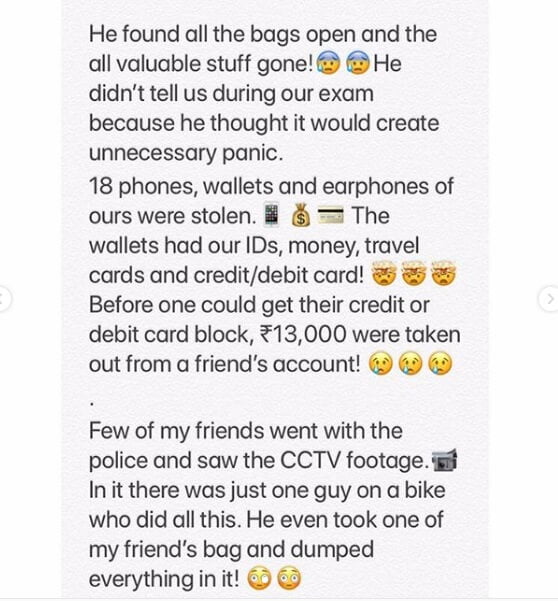 All in all, as per the post, 18 phones, Rs. 13,000 various wallets, IDs, credit and debit cards and 1 bag that the thief used to carry all that stuff, were all stolen. 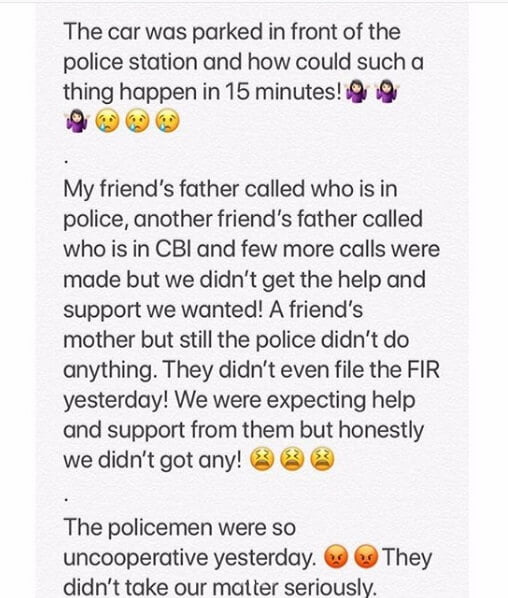 The most alarming thing is that the police station was allegedly right in front of where the car was parked and still somebody was able to steal such valuables.

Even with all their connections, the students have been unable to get back their belongings. The post complains of how the police were not only uncooperative but also slow. 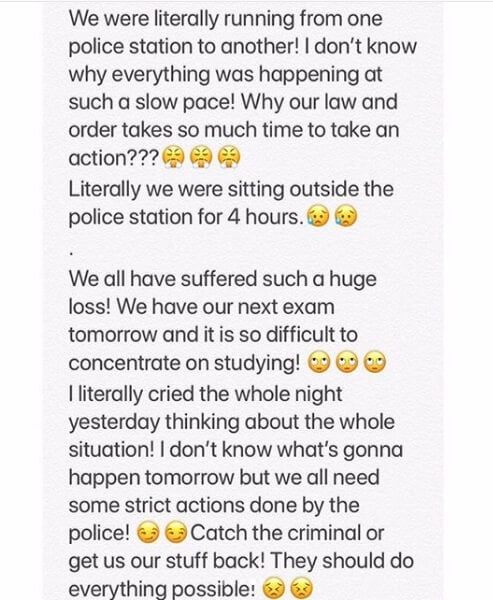 Read More: 24 Y/O Female Blogger Creates Uproar For Lucknow’s Molecule Bar Being Unsafe For Her, Gets Them Acting On It

From waiting outside the station for 4 hours to the officers not even filing an FIR, according to the post, it was a tedious time for the students who also have to worry about giving their exam the next day. 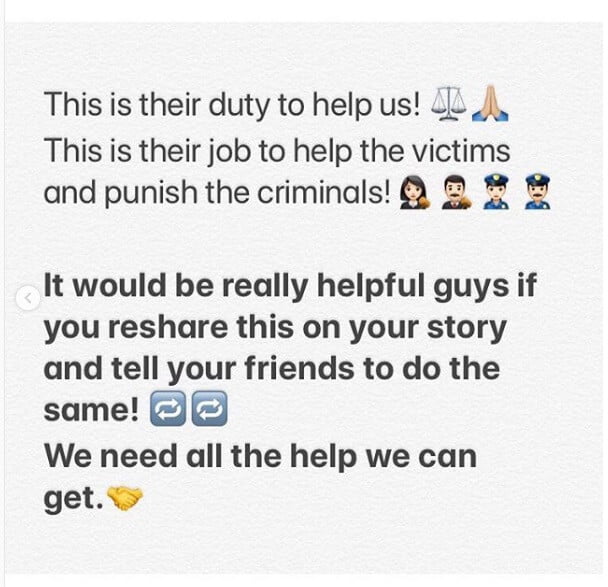 Now, in an Instagram post, Samviti has called out the lack of security around the college and the callous attitude of the police, asking for help from people. 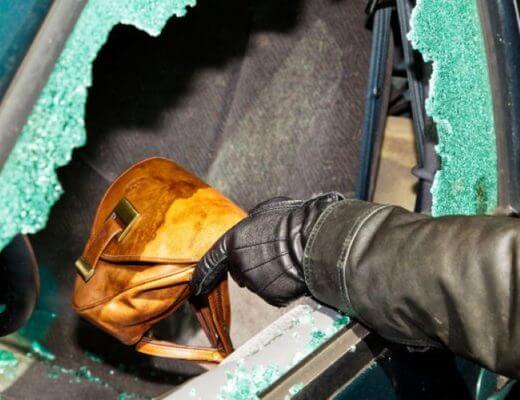 Not The First Time It’s Happening

The comments section to Samviti’s post is filled with various students telling their own story of how they too have suffered through something similar.

“Same happened last sem at Fairfield college campus.
Phones and wallets were stolen twice, after a week on the second last exam a bron Renault duster and a swift desire was stolen from college allotted parking for the students.
This is solely IP universities responsibility to back up the students in all the legal process and ensure a decent security service to the students.”

“Happens every semester guys, last sem someone took out battery from my frnds car parked infrontof the police station, the police said this road infrontof their station comes under some different station so its not there problem. Our college is in isolated area and ppl complain going there but this doesnt happen there.😂😂”

Another person from IP University had complained about a similar incident back in 2016.

They talked about how for their 4th year exams, they were assigned Trinity College as their centre, which is in a very isolated place in Dwarka.

The student revealed how they’ve seen police cars patrolling the area, and even then, in 2015, their friends’ car was broken into. The thief smashed the mirror and their friends’ phones were stolen.

Not only that, but simply filing an FIR took about 3 hours, and most importantly, again the next year thefts occurred.

3 thefts happened that year with cars being broken into, however, the protests from students apparently were dismissed by the IP and college staff.

It really seems that this has been a recurring problem with IP University or at least the management in the centres and something needs to change.

Hopefully, the college can finally pay this matter some attention and fix it for the students who are needlessly suffering for no good cause.

Disclaimer: We’ve reached out to the original poster and are awaiting more details on the entire incident.

Social Opinions Shouvonik Bose - December 7, 2021
Facebook’s algorithm pushes the misinformation that then converts to violence and the Rohingyas have had the brunt of it. Lodging Complaint The complaint was lodged in...