India’s only connect with the 2019 Oscars, ‘Period. End of Sentence.’ is a 25-minute long documentary that has been nominated for the Best Documentary Short category at the prestigious awards this year.

The film revolves around a group of women living in a rural village in India who fight against the deep-rooted stigma attached to menstruation in the society.

Contrary to this very message of the film, an unnamed male member of the judging panel at the Oscars said that he won’t give his vote to the film because the thought of women getting periods grosses men out and they are in fact, ‘icky’ according to him.

“[I’m not going to vote for] Period. End of Sentence — it’s well done, but it’s about women getting their period, and I don’t think any man is voting for this film because it’s just icky for men,” he wrote while casting his anonymous Oscar ballot that featured his selection for this year’s award ceremony.

The fact that the other male judges are also not voting for the film because the concept of something as normal as a woman going through menstruation makes them “uncomfortable” is all the more disturbing because the whole purpose of the film is to educate those who think periods are disgusting, unnatural or dirty.

Honestly, is this still the 21st century or did we all just mistakenly boarded a time machine back to the eighties?

Also Read: Do Women’s Periods Really Sync Up When They Spend Time Together?

The film is about a group of women that live in a rural village outside Delhi and battle the taboo that still continues to haunt the subject of menstruation.

This stigma has prevented young girls and women from staying in education, worshiping in temples and having access to clean and hygienic sanitary products.

The film shows women operating at night to make their own towels from overused cotton as they are too ashamed to do it in daytime because menstruation is regarded as a shameful secret in their community. 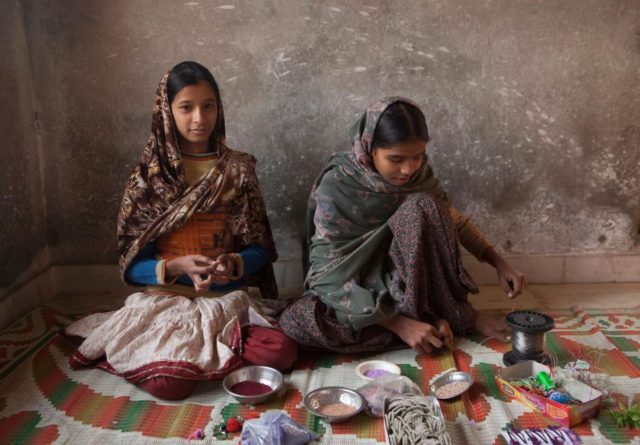 The film also shows some of the young men in the village reveal that they have no idea what the word ‘period’ means, with one saying that ‘menstruation’ might be “an illness that mostly affect girls”.

The film introduces our very own, ‘Pad-man’ – Arunachalam Muruganantham, a social entrepreneur from Coimbatore who revolutionized menstrual hygiene for women by creating a sanitary napkin machine so that women can have regular access to pads.

The women in the film are gradually shown learning how to make and market these sanitary napkins and create a living out of it whilst also, destigmatizing the whole debate around the issue.

They name their brand ‘FLY’ because they want women from all over the world ‘to soar high’.

Netflix, the site which hosted the movie says:

“Their flight is, in part, enabled by the work of high school girls half a world away, in California, who raised the initial money for the machine and began a non-profit organization called ‘The Pad Project’.”

Motive Behind The Film

Claire Sliney, the woman from California who’s the executive producer of the film, says that an Oscar nomination was never on the group’s radar but now that they’ve got one, their only hope is to use the incredible platform to spread more awareness about the issue. 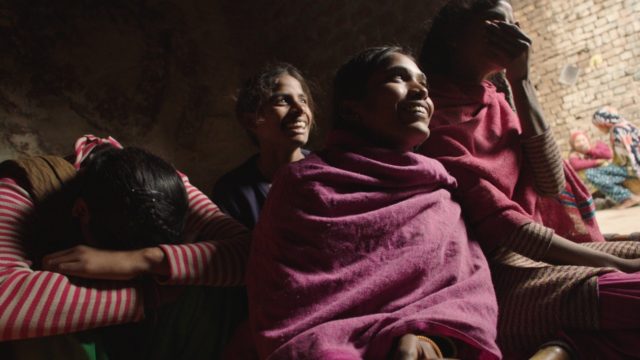 Unfortunately, Sliney’s hope might not be able to come true, thanks to such Oscar panelists who find the subject matter of periods ‘icky’ and ‘gross’.

How sad is the fact that such a sensitive issue was recognized by a group of Californian high school students but fails to creep into the mind of a learned old man who claims himself to be an Oscar judge?

Around 88% of Indian rural women still use cloth, ash and other unhygienic products during the time of their periods. If we do not raise our voice against the issue right now, it’s not long before we’ll be held responsible for the remaining 12% as well.