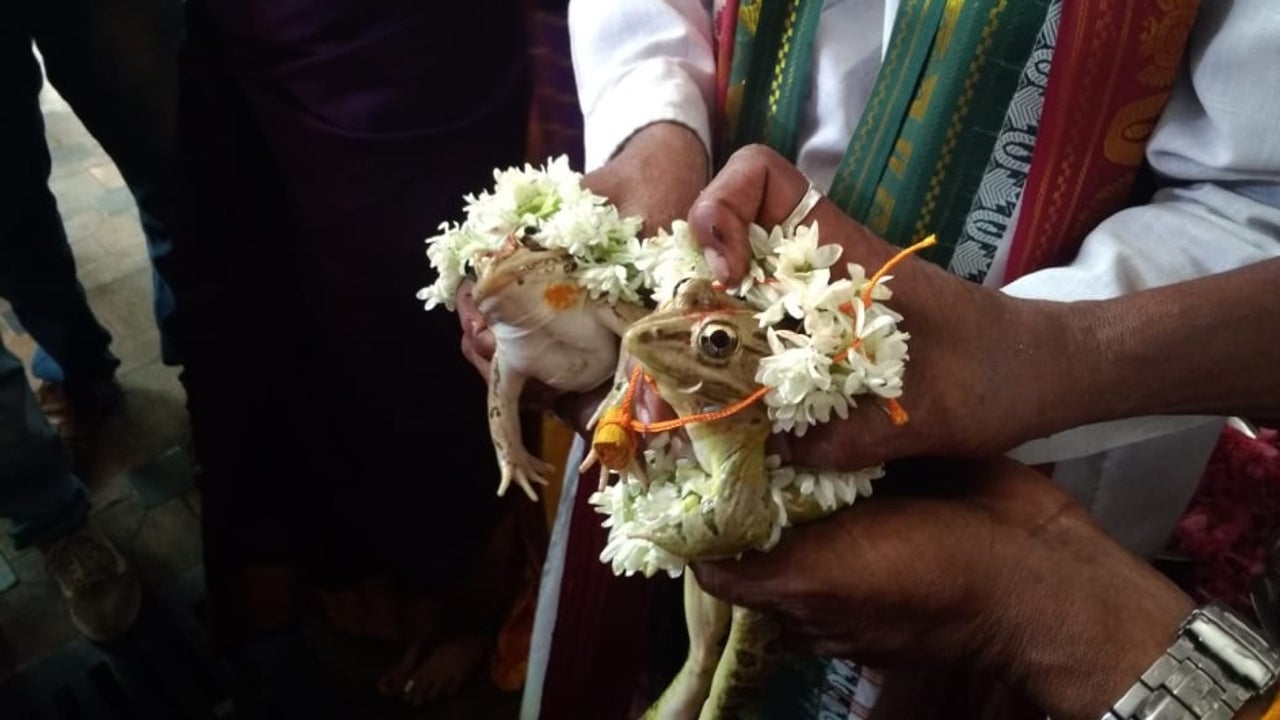 Desperate times need desperate measures and this couldn’t have been truer in the case of Karnataka’s town of Udupi.

On June 8, 2019, the people of the town betrothed 2 common frogs from two different towns, namely Varuna and Varsha.

The ceremony followed the rules of traditional “mandooka parinaya” (marriage of the frogs) and was sanctioned by the Udupi Citizen Forum. As strange as this sound, it is not the first time that this has happened.


Along with the guests and the priest, there was a zoologist present during the wedding to identify the gender of the frogs.

The holy matrimony of Varuna and Varsha was done so as to appease the Rain God and ask him to shower his blessings in the form of sufficient and enough rain.

If this doesn’t sound bizarre to you then the fact that these frogs were married in full customized wedding dress will surely get you and also the fact that they were later sent to Mannapalla, near Manipal, for their honeymoon.

Also Read:- How Severe Are The Drought Conditions In Chennai To Have Earned A Major Slot In The New York Times?

The story of this unusual wedding is nothing less than a Bollywood plot and even though the intention behind it is totally stemmed out of superstition, it clearly shows the desperation of the people for the rain to water their crops and carry out the basic necessities of living.

The state of Karnataka has been suffering a lot from the drought since the last few months with no sign of relief in sight.

The crisis of water has worsened due to rising heat and for the people of Udupi turning to the frog marriage seemed to be the best idea since the government has still not aided the situation.

We cannot answer whether the rain God will be pleased by this marriage or not but here are some reactions of the people on Twitter, giving their opinion.

Reviews Brand Voice - January 17, 2022
January 17: Almost each and every one of us today would be pursuing something or the other with our heart, mind and soul. While...

Shiva Suri makes a name for himself in the field of entrepreneurship, encourages others