The New York Times in its international edition of 16th June printed a picture where women are pulling out water from the brink of an already dried up lake.

This image is not from the oasis of the Sahara Desert but from the barren lands of Chennai that has hit the most severe drought and massive heat waves in decades, experiencing an average temperature of 51 degrees celsius.

How bad can it be?

I’d say, extremely. Chennai has been experiencing drought for three consecutive years, with conditions getting worse with each passing year.

The level of groundwater has been depleting while an average village that barely gets a proper water supply on regular days has hit a massive setback by a three year drought.

Mahalaxmi, a local cook in Chennai, told ED, that during the massive drought of 2017, she even resorted to collecting rain water and boiling it.

Now that the conditions have worsened people are moving out of highly populated regions like Vadapalani that are experiencing greater shortage and more division of water shares.

According to a report by India Today, four reservoirs of Chennai together had only 31 million cubic feet (mcft) of water, which should ideally have a total capacity of 11,257 mcft.

A long queue in front of water tank with men and women fighting to grab their share has become a daily picture in the state.

With conditions as severe as these many IT firms have granted leave for its employees to work from home, while schools and colleges have been suspended.

Outstation students and working force of Chennai have come back to their states to escape the worsening conditions.

Are We Taking The Necessary Steps?

With the news of grave national importance such as the India vs Pakistan match of World Cup 2019 that deserves a full day coverage, major Indian news channels have failed to cover the puny news of a state spiralling in its worst drought conditions.

Most people also remain unaware of the 36 deaths that the drought has caused as yet.

While the nation remains ignorant the government relies on yagnas to fix the issue for them.

The opposition is distributing free water keeping the appeasement game on.

Looking at the gravity of the situation, the Madras High Court has asked the AIADMK government to submit its report on the necessary actions taken for the relief.

The people on their part are digging borewells as deep as 60ft to find water that in some cases have dried from the borewell as well.

While the suburban areas are less affected, it is the slums with a majority of lower middle class that remains the victim of the water crisis. Let me not mention the villages and the farmers.

Tamil Nadu has not hit a crisis like this for the first time or neither is it the only state that is suffering from the weather calamity.  So the big question still remains,

Is India ready for the nature wrecking havoc? 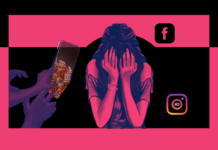 Reviews Brand Voice - May 18, 2022
The complexity of the immigration process is rising among business owners, families, entrepreneurs, investors, artists as well as top-level managers, calling for simplified processes....