Home Sports At The India Vs Pakistan Match, Ranveer Singh Was Embarrassing And How 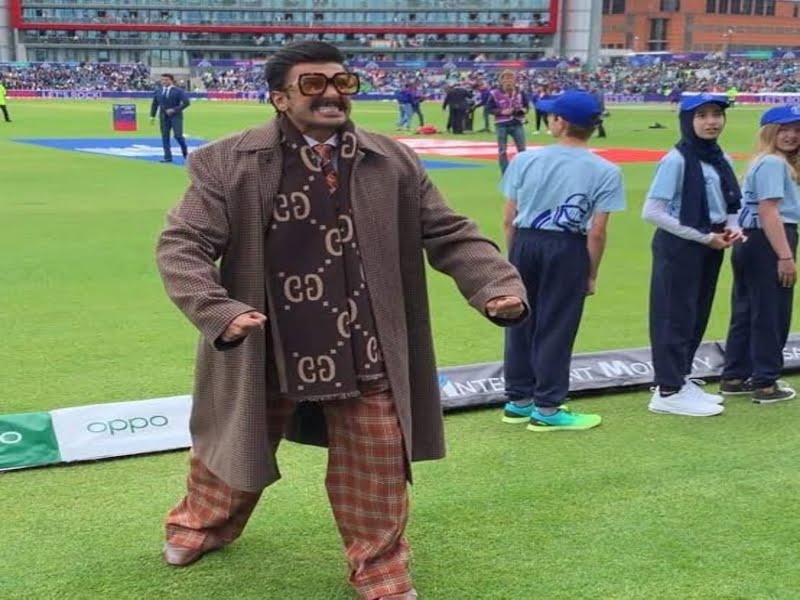 When a Sunday is booked just for watching a cricket match, when the news and radio channels only discuss the team selection and match strategies, when netizens are watching each ball and stroke closely, when television advertisements focus on the rivalry between the two teams, you know it’s India Vs Pakistan at World Cup 2019.

It was the most anticipated game of the tournament, not just for the people of the two countries, but everyone else, too. However, it fizzled out early as Pakistan were not even in the running after losing 4 wickets for 12 runs in the middle overs.

India’s performance was clinical in all three departments and as a result, we won comfortably by 89 runs.

Like a few recent games in the World Cup, this one too wasn’t spared by the weather. The game was interrupted multiple times due to light showers, but India batted for 50 overs. Eventually, DLS came into play and Pakistan’s innings was reduced to 40 overs.

DLS Handled The Rain, But What about Ranveer Singh?

Wait a second. If you think only rain played spoilsport in yesterday’s match, you’re mistaken.

Bollywood actor, Ranveer Singh, was also present at Old Trafford for the match, or dare I say, in-your-face kind of present.

One didn’t need to look towards the sky to be iffy about the weather. A good look at what he wore would’ve told you that the weather was unpredictable.

He turned up in a brown 3-piece suit with an overcoat and a pair of over-sized summer shades. He’s known to experiment with his looks and often carry them well, but this time, he simply looked out of place.

Needless to say, he was his usual enthusiastic self when it came to greeting the cricketers on and off the field. He even gave an introductory commentary before the match started.

Also Read: This Video By Virat Kohli’s Doppelganger Is A Tribute To The Talented Cricketer

Now, add Ranveer Singh to this scenario. Whatever little commentary on cricket was left to do was also hit out of the park.

Imagine: India are playing Pakistan. Rohit Sharma has just hit a brilliant century in a crucial game. How would you feel if the commentators talked about “chai-pakoras” at this point?

From sycophantic praises for legendary cricketers, to singing songs, to dressing up the way he did, Ranveer Singh was all things cringey at a match that mattered the most to the Indian viewers.

This is why Twitterati went on a rant and wanted the actor to leave the commentary box. Here’s how they reacted. 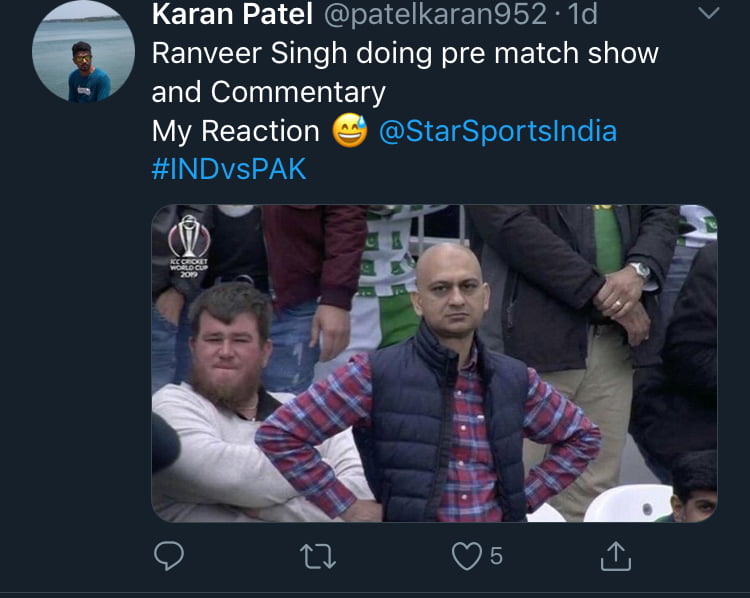 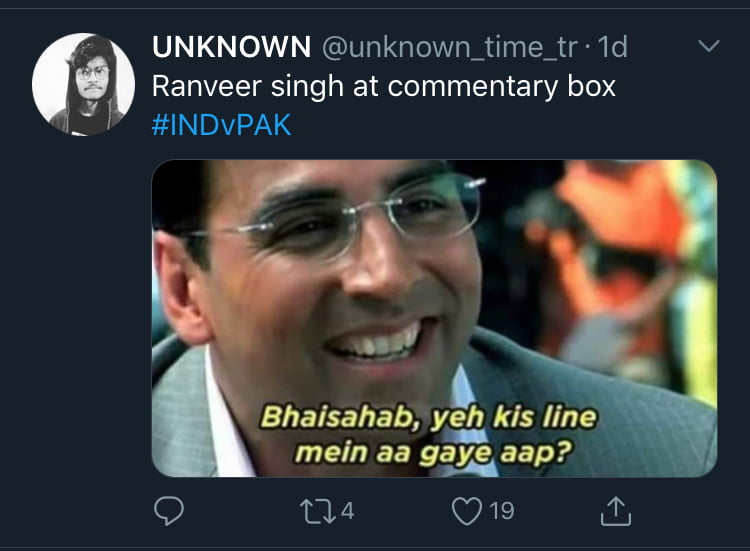 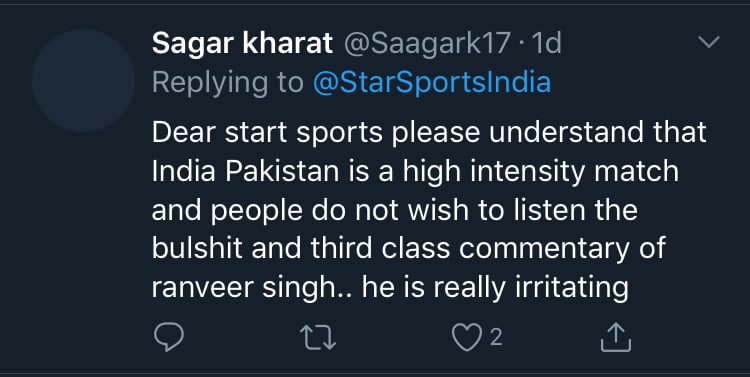 Don’t Suck The Fun Out Of Cricket Viewing

It was evident that he was there to promote his upcoming movie ‘83, which is based on India’s glorious victory at the 1983 World Cup.

When promotional overkill interferes with a much awaited match like India Vs Pakistan, it ruins the experience of watching the game.

As an ardent fan, I want to hear what the experts think about the tactics, performances and other aspects of the game. The whole purpose of professional commentary is to offer insights to the viewers that they wouldn’t have.

Giving limelight to popular actors for increasing viewership is understandable only up to the point where entertainment doesn’t turn into embarrassment.