Sex has been considered a taboo in India for quite some time, but it is more taboo for women than men.

Men are still hailed, over reaching sexual maturity and are told in some ways on how to deal with it all.

Women, on the other hand, are kept under secrecy, sexual activity, orgasm, pleasuring oneself and knowing what is pleasurable to one are all topics that are almost never touched upon.

This was further confirmed by Durex, global popular condom brand when they released a survey telling how 70% of Indian women don’t orgasm when they have sexual intercourse.

While it was not really a surprise, the high number and knowing how recent the study was, does pose some important questions on the sexuality of women and how it is still perceived within society.

Although these stats were revealed as part of their marketing campaign to do away with orgasm inequality and a new type of condom they were launching, the topic still stirred up a lot of discussion.

The result was found from the 2017 Global Sex Survey that was carried out by Durex.

And the sad part is that it is not just limited to India, but affect women from all over the world, who are unable to receive a climax while having penetrative sex.

As per Metro News in a poll conducted by Journal of Sex & Marital Therapy a majority of the 1000 women in the study said that they cannot climax without clitoral stimulation. These women were between the ages of 18 to 94 and it says something.

Even Psychology Today has stated where men have reported to climax in almost 95% of them sexual encounters, the figure for women lies between 50 to 70%.

It has also been claimed by studies and sex-experts around the world that women have a difficult time climaxing compared to men. As per reports, men can climax more than 3 times as compared to women. 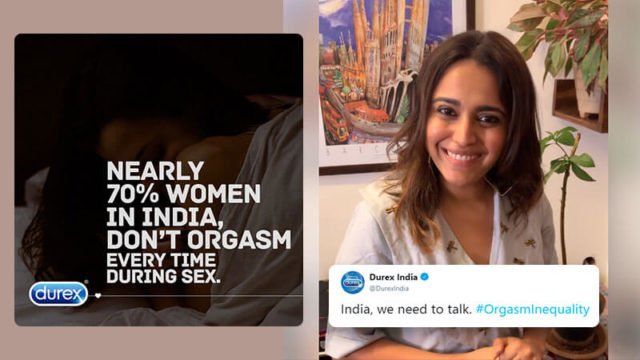 Some share of the blame does lie with the society who constantly demonise women who are sexually active or open with talking about it.

In India especially, all this is acceptable for a woman after her marriage, before that such topics are not even touched upon.

However, after her marriage she is suddenly supposed to know everything about having an active sexual life and what all comes with it.

This is not really right as it creates a strange mentality among women, especially those who have been brought up like that.

Many don’t even know what an orgasm is all about and whether they should experience one or not.

During early ages after puberty, some women could even think that such thoughts are not correct and improper.

Men need to communicate with their partner and understand what they are doing wrong or incorrectly and how they both can achieve mutual pleasure. 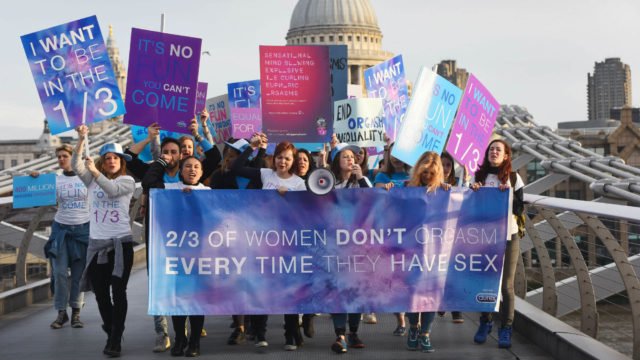 Women Also Need To Speak Up

Women have been at a disadvantage due to the excessive patriarchy is not something that can be denied.

That includes something as private and intimate as an orgasm, where the male is given more focus and women are told that it is ‘just norma’ if they don’t.

But for women in the metro cities, who are now aware and educated about their personal sexual desire, they should take the initiative to also start the conversation sometimes.

There is nothing wrong with telling your partner of what you like, what works for you, what makes you uncomfortable and so on.

It is slightly unfair to expect the man to always know what to do or what to ask. Women should also be open about their pleasure and guide the man on what works for her.

Every woman is different, and the way they want to receive their pleasure also differs, so as important as it is for the male to be open to communication, the woman also needs to step up half-way and respond.

It is important that women also create a healthy space to talk about such topics just as they talk about their menstruation cycle or getting waxing done.