The Committee on Public Undertakings has issued a report recommending Gaya airport to change its code “GAY”.

According to the parliamentary panel, the decision comes as a requirement. Considering Gaya is a holy city, the code will hurt the public sentiments.

The parliamentary panel has suggested alternative code names like “YAG”. According to the panel, the code name “GAY” is offensive. Recognition of a religious Spatio-temporal landscape with the code by the international community will cause embarrassment to them.

The official recommendation has been given to Air India and the Government of India to consult and take the initiative to change the name. 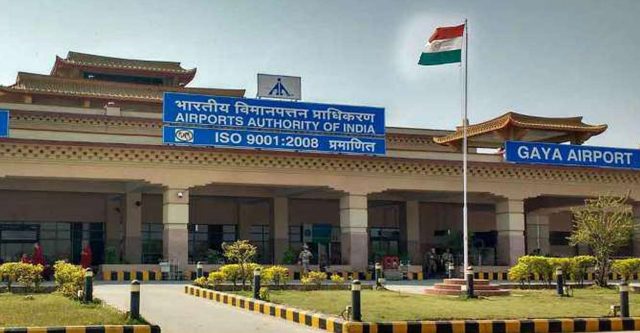 The three-character airport code seen on tickets is based on cities or any specific common identifier. For decades the unique codes have been used. The recommendation comes as an indifference against aviation protocols and subjects hatred towards Queer community.

According to the civil aviation ministry, “IATA stated that location codes are considered permanent and cannot be changed without strong justification primarily concerning air safety.”

Also Read: Know Your Rights As A Member Of The LGBTQ+ Community In India, Before You Decide To Come Out

India has decriminalized homosexual activities and had massive awareness incentives, but events like this allude to the internalized hatred against the LGBTQ community.

The heteronormative religious body segregates the minority Queer community through state-sponsored propaganda and cultural manipulations. Many states even keep this distinct bifurcation for commercial aspects; one cannot lose infinite devouts visiting every year against them.

The parliamentary panel’s recommendation comes from an allied source of factors. Infuriating stout homophobic devouts at the simplest thing should be negated. But when hundreds of Queer people face discrimination every day, they are neglected. The initiative to change the “GAY” is a part of that discrimination.

What about a devout who belongs to Queer community? Will that person endure equivalent harassment and alienation as others?

The recommendation for changing the unique code is even burdensome for the aviation sector. People will find it beneficial to refer a code to the city. To turn the entire process upside down for a religious initiative is futile. It is time for Indians to resist even the subtle expressions of bias.