Home Lifestyle An Underwater Village In Goa That Emerges From The Water Just Once... 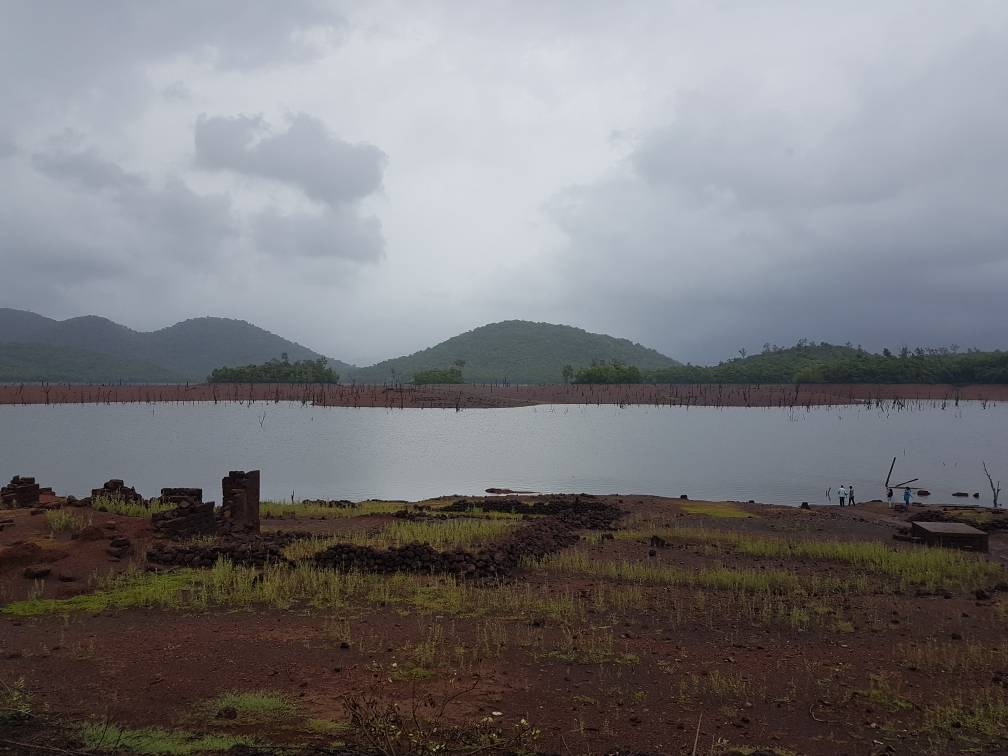 India is a land full of mysteries, diversity, and culture and thereby it didn’t really come as a shock when it was discovered that there is an underwater village in Goa that rises above sea level only once a month every year.

Pertaining to the mystery factor, there are tons of things that have happened and rather keep happening in the Indian subcontinent which begs the question of why.

For example, we have a lamp in Madhya Pradesh that burns with the help of water. And the most astonishing part is that the lamp has been being lit with water for the last 50 years.

We have a chamber that is inaccessible in the entire world and is known to be cursed in the Padmanabhaswamy Temple in Kerala. It is said that to date whoever has tried to open the door, has either fallen prey to something bad or even death.

Hence, this underwater Goan village is just another chapter in the many books of how mysteriously the Indian land works.

The Underwater Village In Goa

Once upon a time, situated in the middle of the Western Ghats in Sanguem taluka with the Salaulim River running through it in the District of South Goa, Curdi used to be a flourishing village buzzing with more than 600 families.

That was until in the 1980s when the village went underwater owing to the Salaulim dam.
The village was rich in agriculture and consisted of an amalgamation of various religious shrines including the main Hindu temple of Lord Ganesha called the Someshwar temple, a Muslim shrine, and a Christian chapel.

Read More: The Lamp That Burns With The Help Of Water In Madhya Pradesh

Why Did The Village Go Underwater?

With almost 3000 residents living on the fertile land of Curdi, things began to change in 1961 after Goa got its independence and became a part of India.

Back in the 1960s, to supply water to a large part of the state, the then Chief Minister of Goa – Dayanand Bandodkar devised a plan to build the Salaulim dam. However, he was aware that in order to build the dam, the villages of Curdi and Kurpem would be submerged by the reservoir.

Thereby, while building the dam he made arrangements for the rehabilitation of the villagers in the nearby areas of the Valkinim and Vaddem villages. Not only were the villagers reallocated but the government also offered the villagers 10,000 square meters of agricultural land.

According to a 75-year-old Goan resident – Gajanan Kurdikar who used to live in the village,

“He (Dayanand) said it will drown our village but our sacrifice will be for the greater good.”

With the plan in progress, the construction of the dam began in 1975.

One would think that the sacrifice of the families was worth it when in reality the construction of the dam was partially a failure. Not only was it completely unnecessary but also caused pain to the villagers as it dislocated them from their homes. The relocated villagers never got to taste the water from the dam for which they gave up their livelihood.

“The tap system did not come through to all villages of South Goa as promised. So we do not get our drinking water from the dam.”

Consequences Of The Construction Of The Dam

Over 20 villages were either partially or fully submerged due to the reservoir, thereby leading to the displacement and resettlement of over 450 families. The village consisted of an 8 ft 2-inch tall ancient figure of Mother Goddess which dated to the 5th century BC and was relocated to Verna.

Another temple of Mahadev that dated to the 10th -11th century of the Kadamba period was located at Angod in Curdi was relocated to a site that was 17 kilometers away. It took 11 years to reallocate the temple as it was done by dismantling the original temple and then reassembling it at the new location after methodically numbering each stone.

During May, parts of the village reappear and the former residents visit the place for picnics with their families.

Hence, the village shows up once every year during the months of April-May when the older residents visit the place they called their home – Curdi.