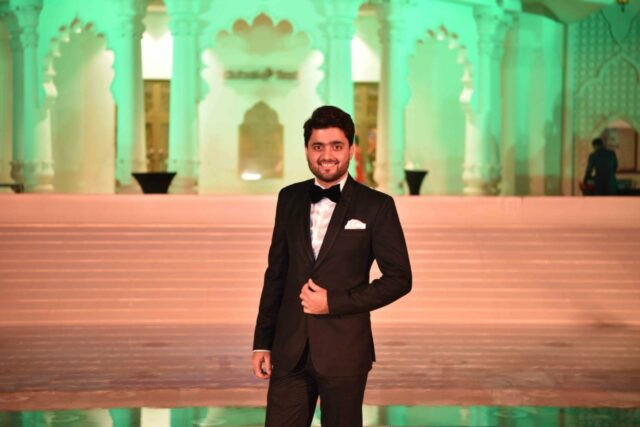 Mujahid Ali Khan is well renowned in the poetic society owing to his excellent and heart touching verses. Since his childhood, he has been passionate about expressing his feelings by writing poems. Ghazals are a conversation of lovers, he says, but he used the Ghazal genre to glorify mothers which was well received by his readers.

Mr. Mujahid has over 1200 couplets and over a 100 poems to his name. Many of his poems have been featured in several newspapers and websites. His poems are very relatable to the general masses and that’s one of the reasons why people absolutely love him and his work. One of his poems named “Maayi” (Mother) was an absolute hit! Many of his poems and ghazals are inspired by the people in his life, people who come and go, and hence the words become very relatable at a personal level. His poems are like broken ceilings and his words like the plaster that falls out and makes its way in the hearts of the people.

He has performed in several noteworthy private events and has enthralled the audience with his poetry and his ghazals. But one of the most memorable ones is a bollywood event ‘ME4’ which was for cancer survivors. The event was to spread awareness as well as celebrate people who defeated this dreadful disease with all their might. This event was held in Radisson Blu, Dubai.

Mr. Mujahid’s mission is to make his fans happy and satisfied with his poems. To stay connected with his viewers and fans, he also shares daily his poems and couplets on social media platforms like Facebook and Instagram.

Owing to his talent, he won the Infosys Got talent, a state-level competition in Banglore. His passion has not stopped him from achieving academic success at all. He even has a MBA in HR. So all the people out there who want to pursue their passion, it’s an important lesson that your passion and your studies can coexist. He says that for him, writing poems and ghazals is like worshiping, one can clearly see the level of dedication and motivation in him just by that one statement.

His surroundings, the people around him, the experiences, are the main motivation when it comes to his poetry. He says that he can write a number of poems and couplets just by these things. When asked about his role model only one name comes to his mind i.e. mom. “My mom has been a pillar of support and constructive criticism at times. Always inspiring him and making me do better every time, and this has immensely helped me”, says Mr. Mujahid.

He is soon going to publish his book, a compilation of his poems, and he is confident that the verses will touch the heart of everyone. To follow him and his work, and to stay updated with his projects do not forget to follow him on