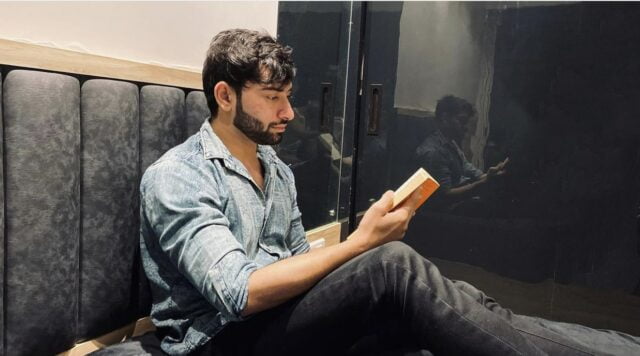 September 6: The world of showbiz has a certain kind of magnetism that attracts many talents. Multiple young people aim of getting a role in a movie or a TV serial each day. However, the journey to the dream role is not easy, and many people quit midway. Those who persist land their dream roles and make it big. Actor Gourav Chaudhary was once the same little boy who dreamt of an acting career. Even as a child, he spent hours trying to mimic famous dialogues from movies. Today Gourav is on cloud nine as he has fulfilled his dream and is soon going to appear in a web series that is going to be launched on an OTT platform. However, this success didn’t come easy to Gourav. He struggled a lot and faced many uncertainties before hitting this jackpot.

Gourav, while talking about the uncertainties he faced, told us how he started auditioning from the age of 17 but didn’t get any satisfactory response. He said that his parents were worried about his career. While Gourav’s hopes were set on his acting dream, he also had fears about his future. He couldn’t see a way to pay his bills if he didn’t succeed. Gourav was also confused because he knew what he wanted to achieve but couldn’t see the right way to do it.

Gourav’s problems increased when he met with an accident and couldn’t report to his job at a leading airline. He neither had a job nor an acting career. It is then that he started tutoring students in the vicinity. While this career was reaping good results, Gourav was sad about not being able to make his dream come true. Around this time, Gourav’s brother introduced him to musical.ly, and Gourav couldn’t be happier. He started making and posting videos alongside his tutoring endeavour.

Several videos later, uncertainty still lingered because Gourav was yet to find any luck. None of his videos was going viral, and he felt as if he was stuck at 10k followers forever. He got momentary joy when one of his videos received 700k views and 84k likes. It helped him to get 10k more followers in 2 days. However, this was temporary as none of his other videos went viral despite trying hard.

Gourav was just about to give up as he could only see a dark tunnel ahead. He posted two last videos on TikTok, and like a streak of luck, one of these became viral. It was the famous ‘Mela babu ne Thana thaya’ video that is still remembered. As a result, Gourav reached 100k followers within two days. After this success, Gourav kept making viral videos and giving popular dialogues. His popularity soon skyrocketed, and he reached 3.1 million followers on Instagram. However, he again became clueless when TikTok got banned in India. He was lucky that this change didn’t affect him much as he had already crossed followership of 100k on Instagram and YouTube.

Today Gourav has achieved everything that others can only dream of. He has been signed for a role in a web series, and he is also an exclusive content creator for MX-Takatak. Gaurav also actively participates in branding activities.

Gourav’s story is the perfect example that uncertainties are common, but it is important to believe in oneself and keep working hard towards success.