Modi was at his witty, sarcastic, oratory best yesterday in the Parliament, in a reply to Motion of Thanks to the President’s Address, while making jibes at Rahul Gandhi without naming him even once.

In what seemed to be another blow to the Congress’s ego (as if they needed any more), Modi yet again proved his supremacy – over not only the ‘substitute’ that the Congress has tried to portray Rahul Gandhi as, but as a leader/orator… ironically quoting Rajiv and Indira Gandhi in his statements, in a very witty way.

He started by thanking the President for listing India’s progress, and went on to say that the government should make it a point to take Pranab Mukherjee’s advice on functioning of the Parliament. His underlying message in the speech was to ensure better cooperation between the ruling party and the Opposition for betterment of the country.

In what proved to be a subtle mockery of the Congress, Modi, in his Lok Sabha speech yesterday, called upon the speakers to take new initiatives, and for first time MPs to give ideas for running of the government. He also made a case for opposition members, saying that there were bright minds in the Parliament who did not speak up because of ‘inferiority complex’. He further quoted Rajiv Gandhi saying that if procedures were followed, debating would be more fruitful, and that hindering debate would only be counter productive for the government. Modi also mentioned women empowerment, saying that he was worried with recent happenings, and urged everyone to take a stance for women. He proposed that on the occasion of International Women’s Day, only the women in the Parliament should speak to mark the occasion.

He targeted the Congress in his speech, saying that there has been a legacy which has been set by them, for instance, less number of toilets in schools, or the poor implementation of MNREGA. He further probed that the current government was cleaning Congress’ mess of the last 60 years, and that they would get the credit for it, had they done better work. The Congress was accused of sowing the seeds of poverty in the country. “The Opposition is concerned that the government is doing better work than them.” He called on to the Opposition to help them make India better, as Modi runs a new government and the Congress have the benefit of experience.

The speech wars between immature Rahul Gandhi and seasoned Modi seemed to have been settled in Modi’s favour for now, but an interesting development in the form of Kanhaiya Kumar’s strong speech at JNU surely proves that only the battle is won, not the final war. 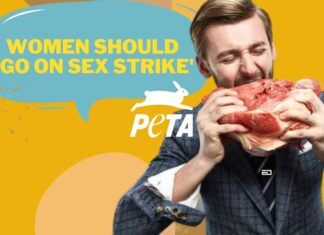