The show is known for spiking controversies and gossip. The vibrant and candid nature of the show makes it a great one to watch. Ellen has the ability to make her guests speak unapologetically. Her guests come from diverse walks of life thereby making it a coveted platform.

The current season, much like the others has garnered a similar response from the audience.

Speculatively, our very own Manushi Chillar might be going as a guest on Ellen’s show.

Manushi Chillar, Miss World 2017, from Haryana has made the country proud after she brought the crown to India after several years. Since then, she has been doing a lot of philanthropic work like instructing women on menstrual safety and sanitation and as well as advertisements.

Recently, the pageant winner posted a picture on her Instagram, perhaps indicating her presence on Ellen’s show. 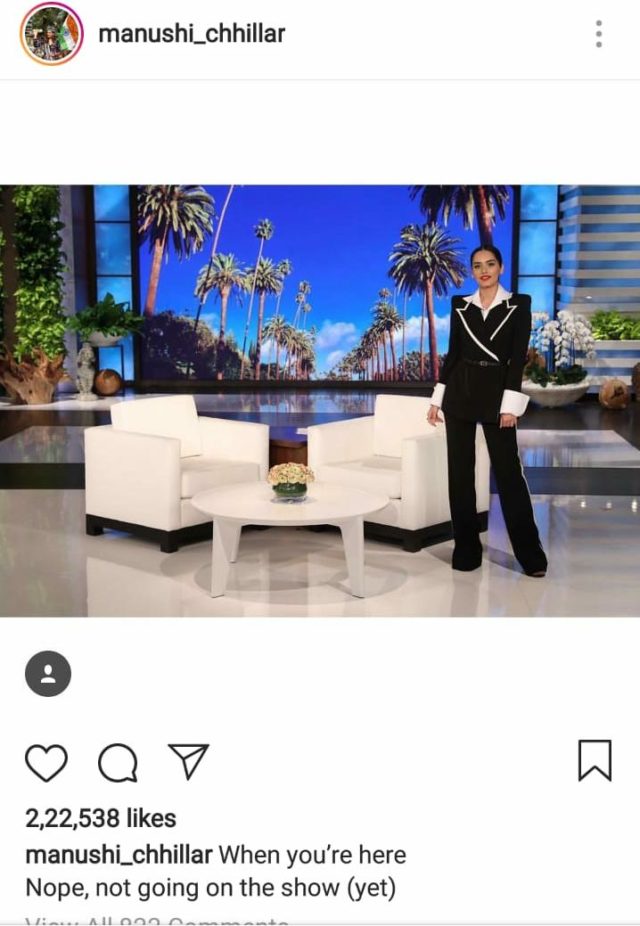 This picture leaves us guessing about her appearance on the show. Some say that she has been on a vacation in L.A and might have visited the sets.

Post this picture, she posted her second picture which has only increased our curiosity. 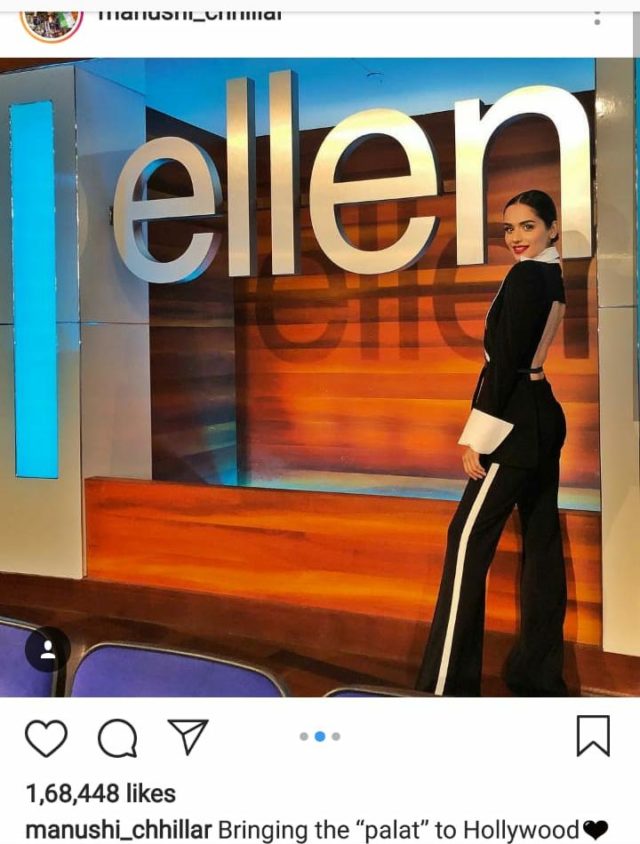 Also read: The GAP Ad With Ellen Degeneres Was Racist Or We Always Have A Problem With Everything?

Post her victory, speculations on her Bollywood debut have also started to float around as previously, beauty queens like Priyanka Chopra, Aishwarya Rai Bachchan and Sushmita Sen have had successful Bollywood careers.

However, before Priyanka Chopra, two kids from India, namely Akshat Singh and Nihal Raj have also made an appearance on the show.

The show has always been a hub of controversies and it would be great to expect Manushi on the show. Many say, that she would be seen accompanying Stephanie Del Valle (Miss World 2016).

The speculations are still raging and these pictures have left the audience perplexed. So what do you think?

Will we see her on Ellen’s show?

India Will Soon Have “The World’s Tallest Statue” But Do We Actually Need It?

Reviews Brand Voice - September 28, 2022
The startups will get a grant of Rs. 20 lakh each under the program, which has been launched in association with MeitY Startup Hub Ahmedabad,...