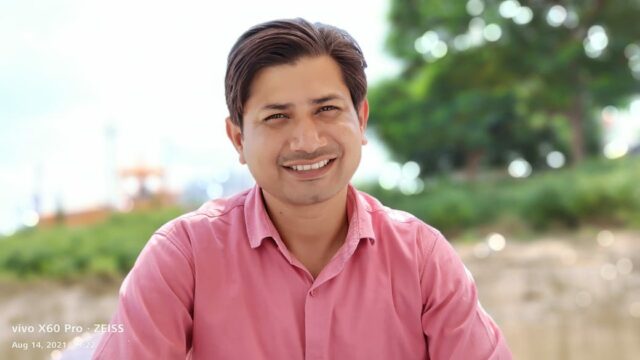 September 13: In the Patha area of ​​Bundelkhand, the dense forest, which is spread over 3 lakh hectares of land, is the synonym of terror in two states. There was a time when the winds used to be terrifying in Etawah of Uttar Pradesh, and till Sheopur in Madhya Pradesh, terror existed like a dark, furious shadow. The king’s kingdoms ended after the independence of India, but in these 3 lakh hectares, a different empire used to exist, and that empire was the reason of panic, which started and ended only with the gun. Many faces can be counted while turning the infinite pages of cruelty’s history, and the blood of the people stains these pages.  TV 9 Bharatvarsh journalist Manish Yadav spent several days in these ravines reporting on the encounter of Babli kol.

A report was shown on TV9 Bharatvarsh two days before the encounter of Babli Kol. In September 2020, Babli Kol kidnapped a farmer from Satna, since the abduction of farmer Awadhesh Dwivedi, the Satna Police was looking for the Babli Kol group. Many police teams were scouring the forests, in UP, the Chitrakoot police had taken care of the front. In the forests of Patha, the police were constantly combing. Manish Yadav had filed a report from the inaccessible areas of Bundelkhand in the hills of Patha and Parasaran in UP and the forests of Leatherri in MP. This report consisted of all the details from Babli Kaul’s whereabouts to his associates. Manish’s report talked about the family members of Babli Kaul and the people of the village. After the telecast of Manish’s report, the UP and MP Police intensified the operation, and the MP Police killed Babli Kaul by running an operation in the jungles.

Manish Yadav‘s report revealed that the mountainous area of ​​Vindhya was quite safe for dacoits. Because of the wild animals, no one used to come here and there was a surefire strategy to decode every tactics of police, this was why Babli remained unscathed in all the earlier encounters. Even the UP police failed in their attempts to encounter Babli.

Babli gang used to be equipped with modern weapons, like Ak47 and SLR. Babli’s informer system was very strong. Babli had access to all the activities of the police. The fear that he had created in the nerves of people further helped favoured him on his part. No one dared to inform the police about him. Digging deep into the reason for this fear, Manish came upon the fact that Babli had burnt four of his informers alive. To create his fear in people’s hearts, Babli cut off the neck of a person in front of the villagers, he also took out the eyes of an informer. Due to such intense panic, people left their homes and went to Madhya Pradesh. In 2012, Babli had killed two people of the same family and cut off the noses of five people, after which more than 30 cases were registered against Babli ranging from extortion to murder and kidnapping. The state government had announced a reward of 7 lakhs on Babli.

Now, these ravines shake in fear in the name of Gauri Yadav. Udaybhan or Gauri Yadav, a resident of Bilhari of Bahilpurwa police station, used to be a farmer in the ninth decade of the 19th century. At that time, there was a panic of dacoits Dadua and Thokia in the forest of Patha. Police had prepared Gauri for the encounter of these dacoits. In fact, after the encounter of Babli Kaul last year, the forest of Patha was freed from the clutches of dacoits, but there was a dacoit Gauri Yadav who was still hiding here and there to escape from the circumference of police. A reward of Rs 1.5 lakh was announced on Gauri. But now, the state government has increased the reward amount to 5 lakhs. MP government has also announced a reward of 50 thousand. The police of both the states are in a constant search looking for him.

The police had prepared for the encounter of Dadua.

When Dadua and Thokia dominated the forests of Patha, Gauri Yadav used to be a farmer in Bihalpurwa village of Bilhari police station. Gauri was prepared to eliminate Thokia and Dadua. It was planned that Gauri would be used as a medium to reach Dadua and Thokia but Gauri himself turned out to be a challenge for the police. In the year 2001, dacoit Gauri Yadav got along with dacoit Ramgapol Yadav or Goppa. Both started tormenting contractors and laborers along with collecting commission in government work. Dacoit Gauri was arrested in 2008 in an encounter with STF. However, after two years, Gauri formed his gang. On 16 May 2013, Gauri killed a policeman in Bilhari village. Since then the police is looking for Gauri, the UP Police had declared a reward of one lakh on Gauri after that incident. In 2017, Gauri burnt alive three people of the same village in the forest of Kolhua.

Now Gauri Yadav has replaced Babli and the police are yet to reach him.