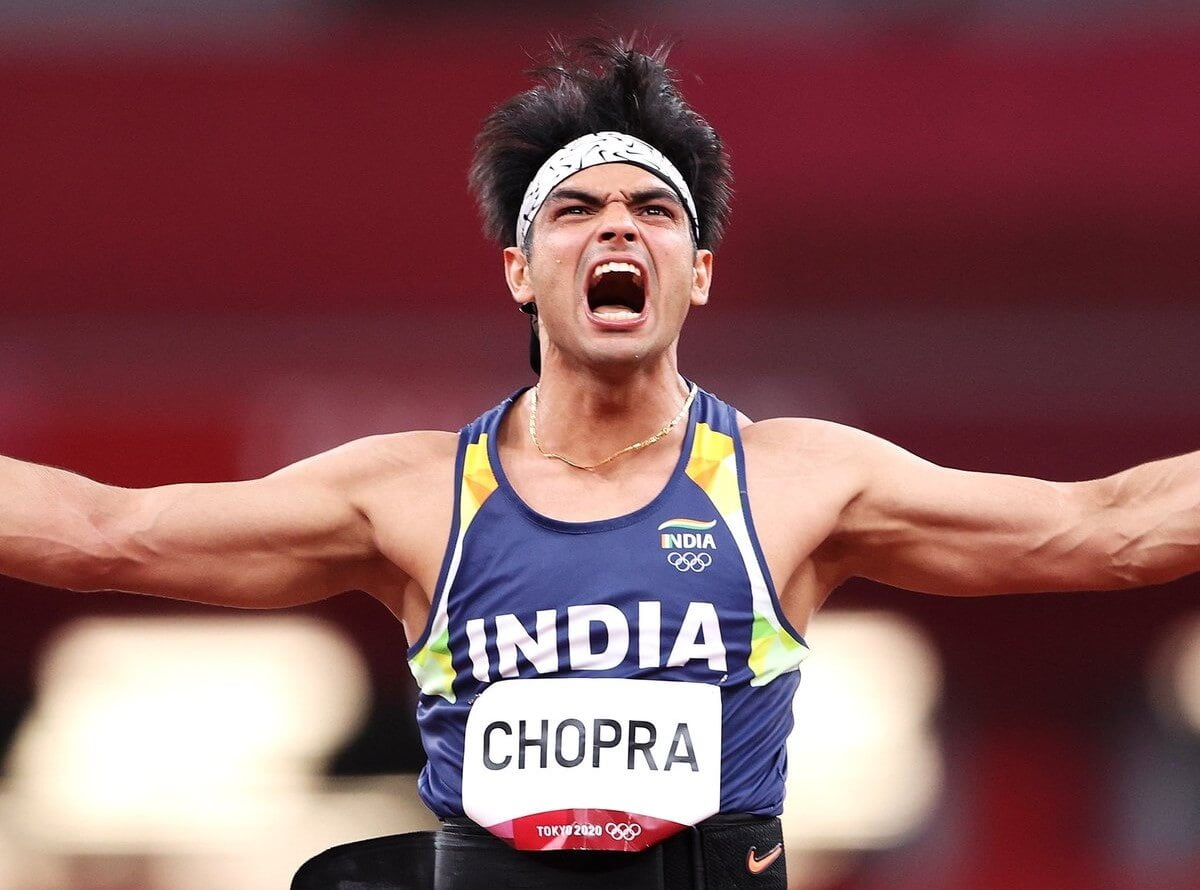 Neeraj Chopra won the gold medal at the recently concluded Tokyo Olympics with his mighty javelin throw of 87.58m while simultaneously making a permanent place in history books and the heart of every Indian.

His triumph dragged him into the limelight with his social media profiles exploding with showers of love, respect and affection from the population. However, the bubble of innocent bliss was short-lived as Chopra has had to endure waves of harassment, each more dreadful than the last. 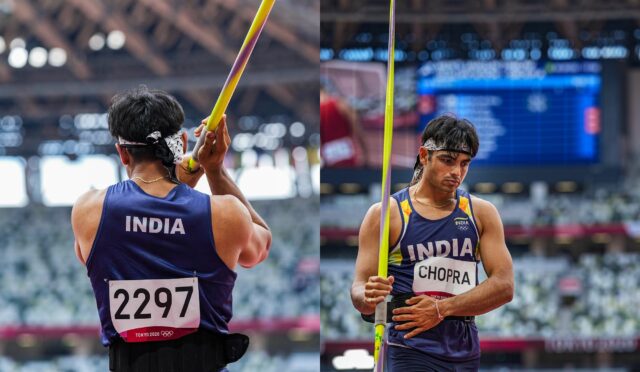 RJ Malishka Mendonza and her team representing Red FM were given the opportunity to interview the Olympic champion. Naturally, everyone expected in-depth questions about Chopra and the inspiration he can provide the ones following him on the same path.

However, the team disastrously under-delivered with their unprofessional attitude and made a mockery of the man. Malishka and her team danced to a Bollywood number while on a video call with Neeraj Chopra.

Chopra looked uncomfortable yet suffered through the tirade with a seemingly forced smile. They ended the session with Malishka asking Chopra for a hug through the screen, which he declined. 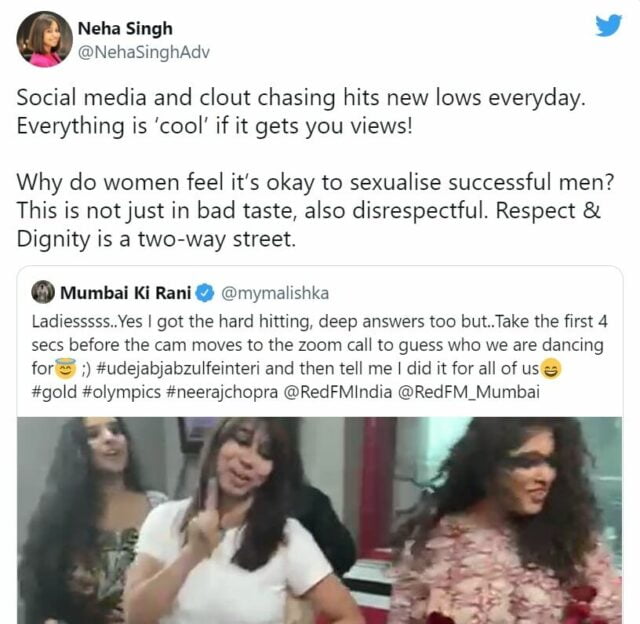 Unfortunately, Neeraj had to go through the same, if not worse, treatment again at the hands of Rajeev Sethi, an Art-Historian who prodded and poked at the champion’s private life. Neeraj was asked about his sex life which left him with discomfort visible all over his face.

He deflected the question with subtle sarcasm which did not stop Sethi from prying further into his life. This experience might have left Neeraj to contemplate whether he signed up for The Indian Express interview just to be harassed with questions that were clearly aimed to generate clicks from the audience.

Read More: What’s With Twitter Calling Neeraj Chopra A Toxic Male And Bashing His Sport Too?

Feminism has become a sensitive topic to discuss in public. The term is mainly associated with the welfare of women everywhere however, we could not be further from the truth. Feminism is an umbrella term that protects women, men, transgender people, etc. irrespective of sexuality, caste, religion and financial status.

Unfortunately, the term has been poisoned. Feminism sees everyone defending women while forgetting about men. Men do not realise that feminism exists to protect them from sexism, toxic masculinity and every undignified action including harassing behaviour and questions at interviews.

Sexism faced by men is often flung aside in a flippant manner as it is seen as a laughable offense. The existence of such a thing is almost comical to most of our society.

Sexism against women should be acknowledged and fought against everywhere while simultaneously accepting that men and boys can also be subject to discrimination. For example, social norms primarily encourage and expect men to go into military conscription and combat, causing millions to die or suffer physically and psychologically. Men are assumed to be fearless, sustain greater pain, and more capable of self-defence.

It is more difficult to convince society and legal institutions that men are victims of domestic violence, sexual assault, workplace sexual harassment, etc. Men are expected to “be a man” and “toughen up”, no matter the situation.

Young, impressionable boys are taught that their self-worth is directly correlated to their breadwinning abilities. They are often pressured into keeping their emotions under check at all times as crying is not a “manly” emotion. Often they are compared to girls as an insult to their integrity of being a man.

One may ask who is responsible for this treatment: the society or the individuals? Feminists and men’s rights activists should work together to combat sexism so that we can bring back Manly Men who are not

afraid of showing their true emotions while hiding behind years of expectations which are difficult to live up to.

What Is Olympic Gold Medalist Neeraj Chopra Ranting About; And We Agree With Him

ED Originals Sai Soundarya - October 22, 2021
FlippED is an ED Original style wherein two bloggers come together to share their opposing or orthogonal perspectives on an interesting subject. A beauty pageant...