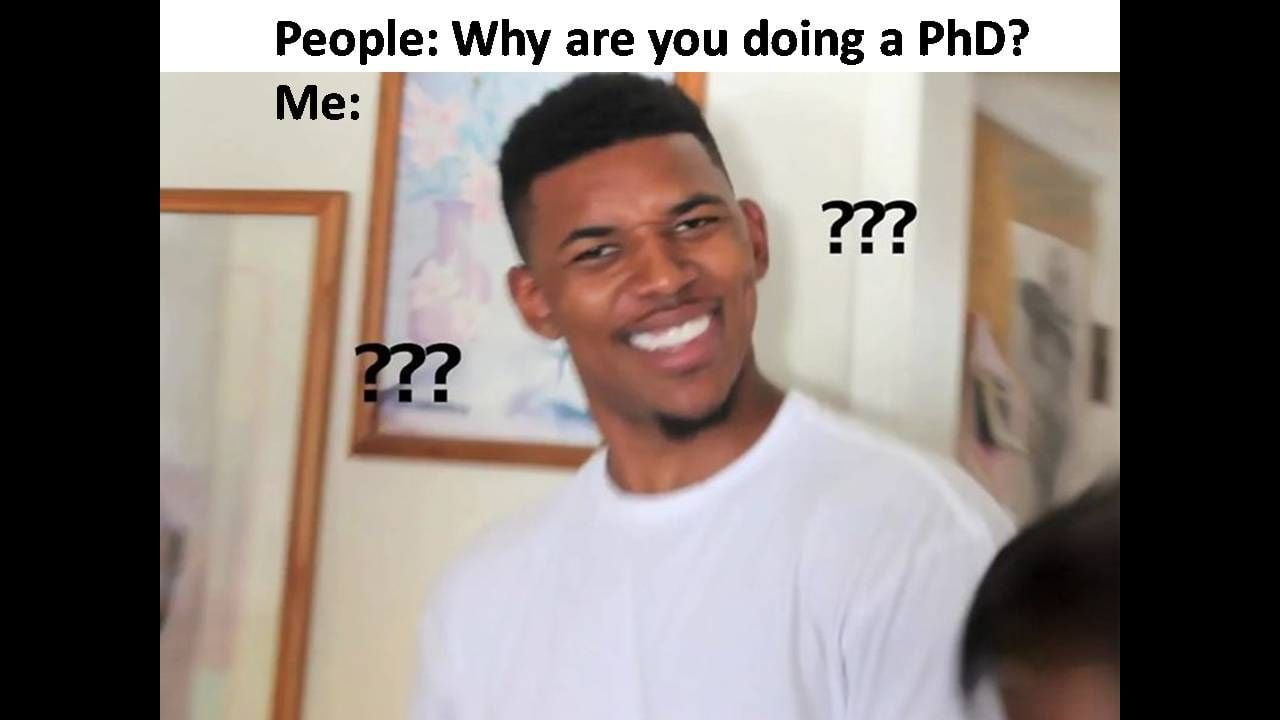 Mrs. X spent 6 years in completing her Ph.D. After almost 3 years into her research, her laptop crashed and she had to delve into all the research once again and start from the scratch, hence the 6 years.

“I would have to still spend 6 years anyway I think, irrespective of my research getting lost because that is how things work here”, she says.

India had around 24,000 Ph.D. graduates last year. That is also how many U.K. produces in a year. Triple it; that is how many are produced in U.S. alone.

Basically, be it any country, there is a fascination for Ph.D. everywhere.

Mrs. X says, “I had an acronym for Ph.D., ‘pagal hoke daudo’ because that is what I did for 6 years and I don’t even know how much of it is useful but yes the ‘Dr’ in front of my name is something very important to me.”

That ‘Dr’ fixation is pretty legit though. But will you waste 5-6 years of your life, because you want to be a ‘Dr’ without actually being one? Well, that is not what you should be aiming at anyway. Also Read: How To Get Attendance Without Going To College

An article by the Economist blew everyone’s mind when they almost declared that getting a Ph.D. is a real waste of time.

It very harshly puts it this way,

“Academics tend to regard asking whether a PhD is worthwhile as analogous to wondering whether there is too much art or culture in the world. They believe that knowledge spills from universities into society, making it more productive and healthier. That may well be true; but doing a PhD may still be a bad choice for an individual.”

They say it is a bad choice because the recruitment level of Ph.D. graduates is pretty low and because the knowledge one acquires in the course of doing a Ph.D. can be gained by pursuing some other course within the same time period.

This is more from an international point of view.

In India, however, PhDs are a nay because the level of research we are doing has to be improved massively.

A Ph.D. Survey – Student’s Perspective on Doing a Ph.D. in India, conducted on the students of IIT-Delhi, Kanpur, and Bombay revealed that most students would wish to join Ph.D. in an institution in India, not because of the hardcore research but only if it could better their prospects.

If given a chance, the likelihood of doing a Ph.D. was comparatively much more “If the job opportunities after Ph.D. increase and provide a compensation of more than Rs 1 Lac per month.”

In the reasons for not doing a PhD, the lowest percentage was for ‘because PhD is difficult’.

The public is well aware that though it may be time-consuming, working on a Ph.D. is not a task in India.

You can find your research on any topic and that is one of the greatest drawbacks of doing a Ph.D. here.

Why write a thesis on a highly irrelevant topic that is going to be of no use to anyone, just for the sake of doing it? As Mrs. X says, “My guide was kind because she only asked me to write some of her research papers in return for help, that is nothing compared to what other students do for their guides, including doing some household chores.”

Finally, the committee who takes the viva but wait, should I first explain what value corruption has in India and how rampant is it?

Now, do you realize why the brain drain is happening?

Hating Your Appearance Obsessively Can Kill You!