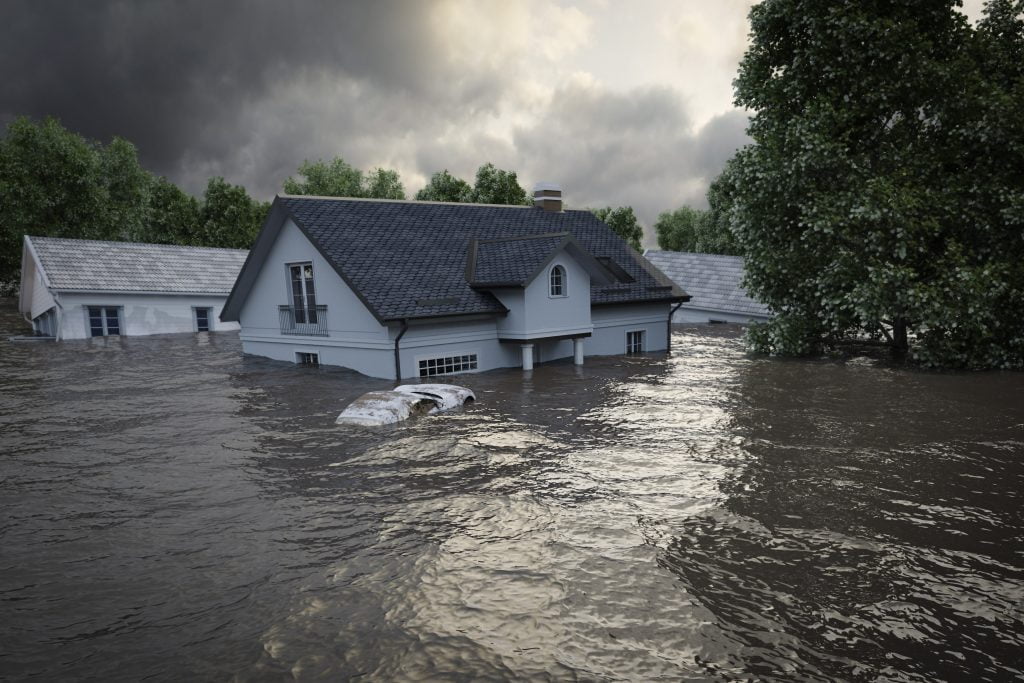 Ever imagined your city submerged in water? A beautiful thing to imagine during summer times. Such scenes can often be seen in cartoons, where the protagonist and his friends are swimming around in their city, interacting with fish.

The reality, however, has not been so nice. Since the past few years, multiple states in India have been facing severe flooding, caused by violent rainfalls and rising sea levels. There are no fishes swimming in the rising water that is gorging the city, but corpses of animals, human beings, and belongings of those who once used to be alive.

There is one sanctuary that people can find in these times- high ground, or someplace the water has not reached yet. Imagine a time where there will be no such sanctuaries. Studies prove such times are right around the corner.

Currently, the confusion can be satiated because data from the European Space Agency’s Cryosat-2 satellite shows that in the past decade the ice melt from Greenland alone contributed to 1 centimetre of sea-level rise on the world. Greenland is, in fact, turning greener, or in other words, the white ice is melting away, even more, every year.

To put it in perspective, that’s around 6.5 trillion Great Pyramids! That many Great Pyramids would cover almost the entire world!

Greenland holds the record for the most severe ice melts in 12,000 years. In the year 2019, one million tonnes of ice was melting every minute. It is estimated that by the year 2040, Greenland will be ice-free, with little snow during winters.

And if the snow melts, it’ll definitely change the entire ecosystem of the land. Between 2007 and 2012, in Greenland, mean annual air temperatures were 3°C higher than in the two decades up to 2000. In West Greenland, the area of Kangerlussuaq exhibited no warming for most of the 20th century then suddenly started warming after the mid-1990s. Many of the animals native to Greenland are becoming prey to the severe climate change the land goes through.

Greenland responds to climate change so quickly that scientists believe that everything happens in Greenland first, then the Polar regions.

But it’s not just Greenland that is melting, right? The polar regions are melting at an alarming rate as well. Sea levels are rising by 3.6 mm every year. Does not seem like much, does it? Imagine having no beaches to spend your vacations at, by the end of this century. If we are lucky.

Also Read: Scientists Worried That Planet Earth Does Not Have Much Time

From the Poles to the Globe

The Antarctic and Arctic Islands are gradually disappearing. It is estimated that by the end of this century, summers in the Antarctic will be ice-free.

Recently, Dr Sophie Coulson and her team set forth to study the impact of ice melt more closely. She found out that ice melt does not merely contribute to the rise of sea levels, but also changes the shape of the planet by a few micrometres.

To understand how the ice melt affects what is beneath it, Coulson suggested imagining the system on a small scale: “Think of a wooden board floating on top of a tub of water. When you push the board down, you would have the water beneath moving down. If you pick it up, you’ll see the water moving vertically to fill that space.”

These movements have an impact on the continued melting. “In some parts of Antarctica, for example, the rebounding of the crust is changing the slope of the bedrock under the ice sheet, and that can affect the ice dynamics,” said Coulson, who worked in the lab of Jerry Mitrovica, the Frank B. Baird, Jr. Professor of Science.

It’s difficult to imagine how the world will look like 200-300 years from now. But it is very much evident that the blue of the planet will dominate even more over the green.

Studies have also shown that the rate at which the ice melts will increase over time, thus leading to a quicker rise in sea levels. But can it be said that the entire world will be underwater?

Atlantis is a Myth

In the past few years, floods have been destructive, and constant during monsoons. In India, places like Bihar, West Bengal, and other states have suffered huge losses due to prolonged flooding. A new study shows that global flood risk has increased by almost a quarter since 2000. And that is only due to a few centimetres of rising sea levels.

Logically, all the landmasses can’t turn into Atlantis and drown in the oceans. But it is very much possible for landmasses to get submerged in water.

It is still being studied exactly how much time it will take, and how much ice melt will induce such a change, but it is going to happen.

Monsoon floods are going to be worse with each passing year. And we can only hope that humanity will get used to it, and find a way to persist.

In Pics: Worst Natural Disaster In 130 Years, Germany Flooded To The Brim