HomeEntertainmentIntolerant India: We Get Offended So Easily, Especially When There's Religion Or...
Entertainment

Intolerant India: We Get Offended So Easily, Especially When There’s Religion Or Women In It

Once upon a time, a renowned saint, poet and musician, Surdas made a joke about the most beloved God of Hindus i.e. Shri Krishna, saying “Jaat paat tumse kam naahi. Nahin basat tumhari chhaiya. Ati adhikkar janavat yaate. Adhik tumhare hain kachhu gaiyaan” which means that Surdas is telling Krishna that “Neither am I lesser in terms of caste, we are equals; Nor am I surviving under your shade or assistance; Just because your father has number of cows, you are revered.”

And guess what happened after that? Did the devotees of Krishna plunder Surdas’ property? Did they ask for a ban on Surdas’ writings? Did they label Surdas as an atheist? Surprise, NONE of this happened. It was received with a sane mind.

Imagine the scenario if this would have happened today.

Sequentially, some so-called Krishna devotees would have protested in front of Surdas’ house. He would have been summoned by the court for hurting ‘religious sentiments’. The situation would have been worse in the case of Sayyad Ibrahim also known as ‘Raskhan’ who also chose Krishna to write on which might have ‘offended’ both the religions.

Well, I suppose one should be thankful that these great poets gave us a treasure of knowledge and left this world much before we entered into the age of oversensitive and ready-to-take-offence people.

This phenomenon is not isolated. The mainstream and the social media being the catalyst in the process. In an age where we are getting into the habit of listicles and click-baiting headlines, our attention spans are reducing because we do not seem to have the time to read and understand the entire issue.

We are quick to jump to conclusions which are mostly based on incomplete knowledge.

The controversy surrounding the AIB Roast which is a clear manifestation of that. We do not have a shortage of such incidents where light humour has been taken way too seriously.

The arrest of comedian Kiku Sharda for mimicking Gurmeet Ram Rahim Insaan was purely unacceptable. Since when did our sentiments or beliefs become so fragile that few words by a comedian are enough to strip them off.

Why is it so easy to offend?

Once something is on the internet, people’s reactions start pouring in and all the hatred spills and keeps escalating.  In a video called ‘I am offended’,  Ashish Shakya, a part of the AIB Team, said, “That this is a country where if you tweet saying ‘I love dogs’, five hundred people will take on you and say you are ‘anti-cat’.”

We have to admit that we are indeed in such a sorry state.

This pandemonium has produced the two major buzzwords these days, i.e.  ‘religion’ and ‘women’. When it comes to religion or communities, we are ‘overly protective’ about our Gods and our beliefs.

The controversy around the movie ‘PK’ or ‘Oh My God!’ being an example.

Coming to the ‘women’ which itself has become a sensitive word these days, the rise of the feminazis and the male-bashing categories is a negative consequence of such a society, that is snatching away the little space that true feminists or people struggling for the equality between the sexes, have managed to create.

Now is a time when we have become so habituated of being offended that we refuse to take things lightly. One random statement is enough to make us lose our minds and get down on the streets to protest.

The answer is NO.

We have been a tolerant and sensible society. Not so long ago, during P.V. Narsimha Rao’s government, a BJP member of the opposition, Sushma Swaraj made a remark on the then Minister of Defence, Sharad Pawar calling him ‘Lalita Pawar’.

And the entire House, including the Government and the Opposition, broke into laughter.

No offence was taken as it was all in good humour. Yes! THIS IS POSSIBLE!

Let not the life be driven out of our existence! 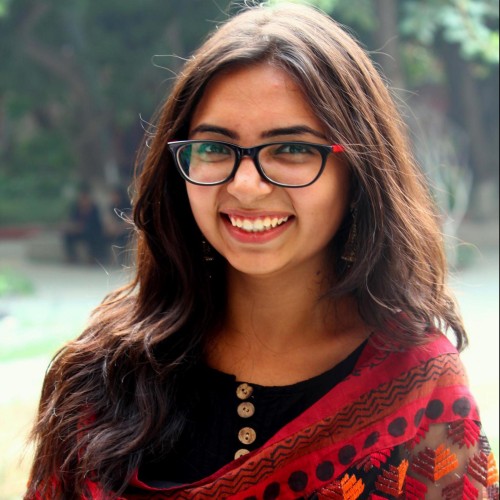